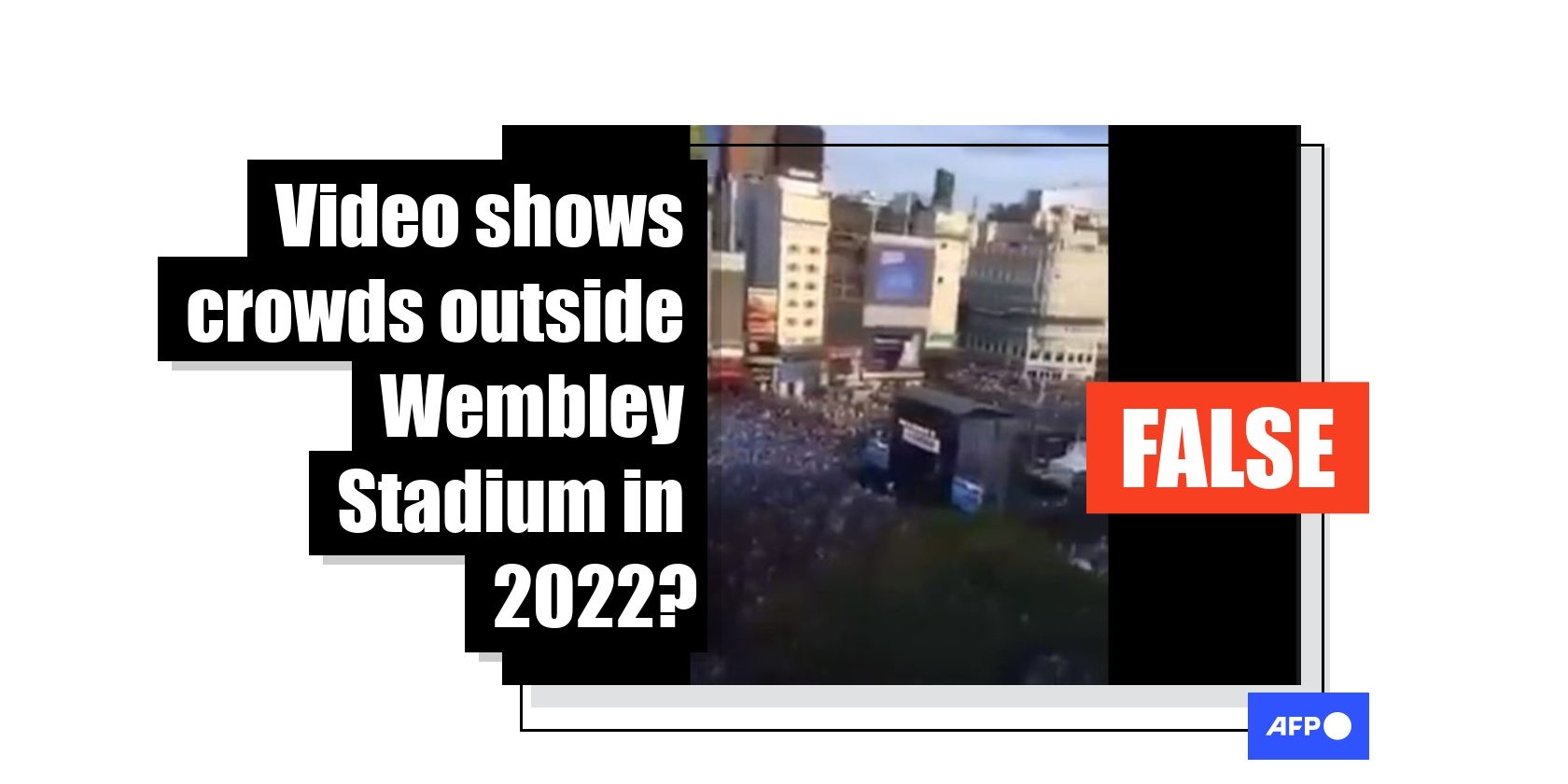 Video shows rally in Argentina in 2019, not football fans outside Wembley Stadium

Footage of huge crowds gathered in the street has been viewed thousands of times in Facebook posts that claim it shows football fans outside Wembley Stadium in London ahead of the Finalissima between Argentina and Italy on June 1, 2022. However, the video actually shows a rally in Buenos Aires, Argentina ahead of the presidential election in October 2019.

"Only the Argentines will dominate inside and outside the stadium today. There will be only one chant, Vamos Argentina (Argentina, let's go)."

The video, which has more than 7,000 views, shows crowds waving Argentine flags and singing the country's national anthem. 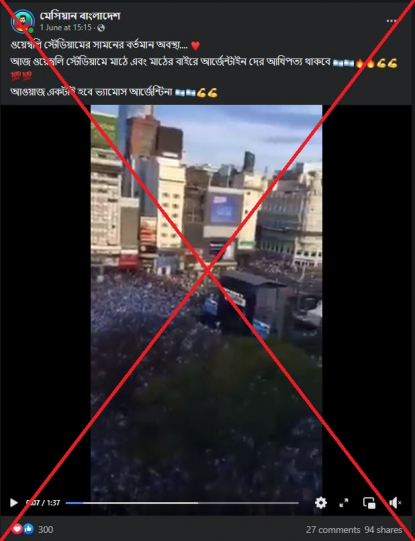 Argentina powered to a 3-0 win against Italy in the Finalissima, the encounter between the European champions and the winners of the Copa America, on June 1, 2022 at London's Wembley Stadium.

The video was shared in similar Facebook posts here and here.

The video actually shows a rally in Buenos Aires in October 2019 to support the re-election of then-president Mauricio Macri ahead of polls that month.

A reverse image search on Google found the clip posted on December 11, 2019 in a YouTube video titled: "Thousands of Argentines are singing the Argentine national anthem! This will give you goosebumps!"

Below is a screenshot comparison of the video shared in a false context (left) and on YouTube in 2019 (right).

A search using keyframes from the video found a similar clip filmed from a different direction posted on Twitter on October 20, 2019.

The Spanish-language tweet says: "The largest political gathering since Alfonsin in 1983. Now what will the Ks' media say about the lies in all Macri events? NOTHING IS LOST. EVERYTHING IS POSSIBLE IF WE TAKE CARE OF EVERY VOTE."

Below is a screenshot comparison of the video shared in a false context (left) and similar footage shared on Twitter in 2019 (right).

"Alfonsin" refers to late Argentine president Raul Alfonsin, who was elected in 1983 and was the first civilian leader after the country's eight years of military rule.

Macri ran for re-election in 2019, and a campaign rally for him on October 19, 2019 attracted massive crowds around the Obelisk monument in Buenos Aires.

AFP footage of the rally published on October 20, 2019 corresponds to the video shared in false posts.

Google Street View imagery of the area around the Obelisk corresponds to visual features in the video shared in a false context on Facebook.

The building that houses the Marriott Hotel -- which is a short walk from the monument -- is visible from the video's 45-second mark.

Eight days after the rally, Macri was defeated in the polls by Alberto Fernandez and his running mate -- also the country's former president -- Cristina Kirchner.