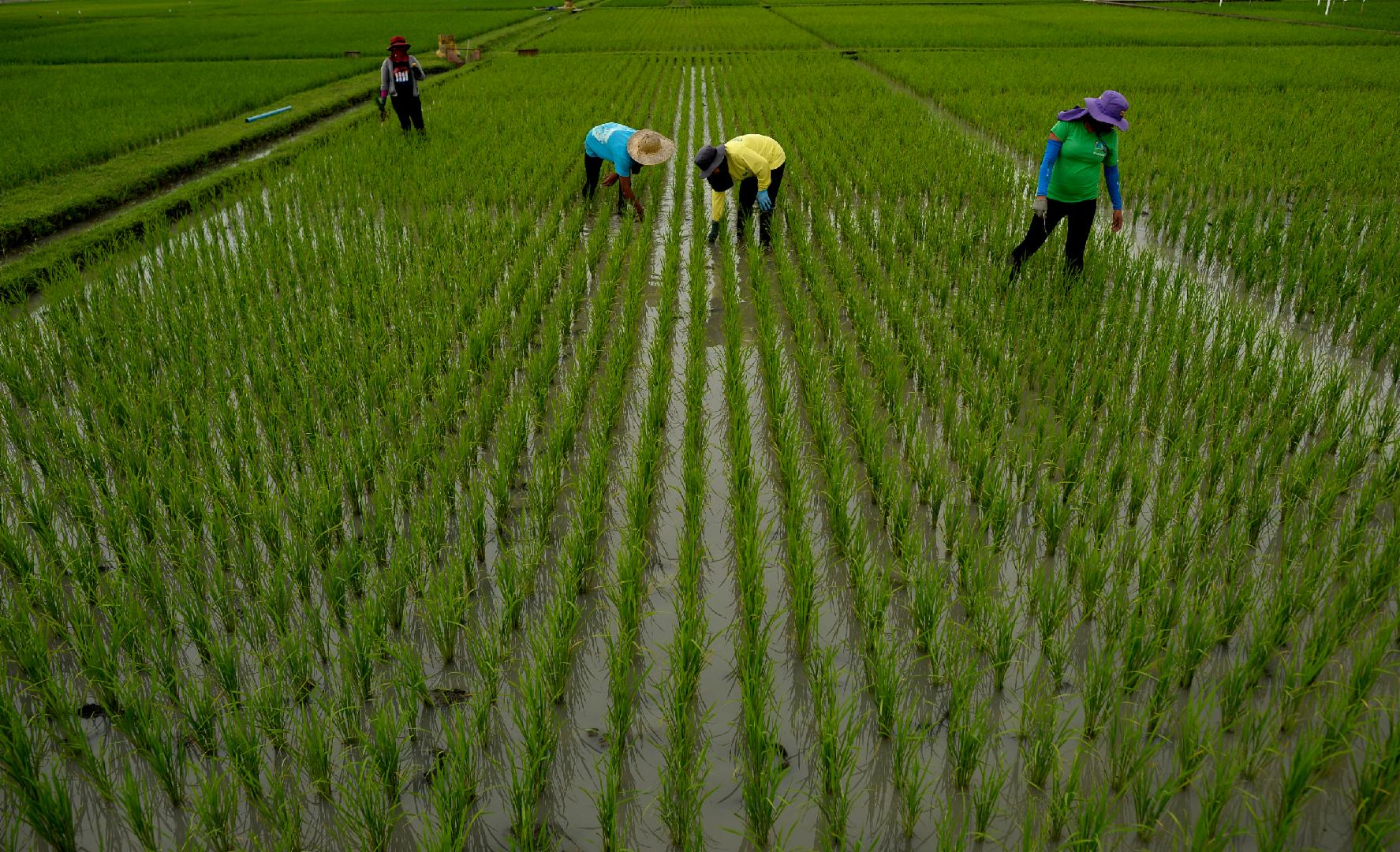 Farmers work in a rice field on October 10, 2015 near the International Rice Research Institute in Laguna, south of Manila. ( AFP / NOEL CELIS)

Following Ferdinand Marcos Jr's landslide victory in the Philippine presidential election, photos of rice for sale at a market in the city of Davao were shared tens of thousands of times in Facebook posts that claimed he had already fulfilled a campaign promise to cut the price of the staple food. This is false. The photos have circulated online since December 2019. An agricultural officer in Davao said the posts misrepresented rice prices in May 2022.

"The price of one kilo of rice has started to go down in Davao," reads a Tagalog-language Facebook post published on May 25.

"Thank you to our Visayan brothers in Davao for lowering the price on your own, even if Senator Bongbong Marcos and Mayor Inday Sara are not yet officially president and vice president."

"Visayan" refers to the main language in Davao City in the southern Philippines.

Marcos Jr's running mate Sara Duterte, mayor of Davao City and the daughter of outgoing President Rodrigo Duterte, was elected vice president after he won a landslide victory in the Philippine presidential election in early May.

In the final weeks of the campaign, Marcos Jr vowed to cut rice prices, but his critics said the pledge was "impossible" and a "wild promise". 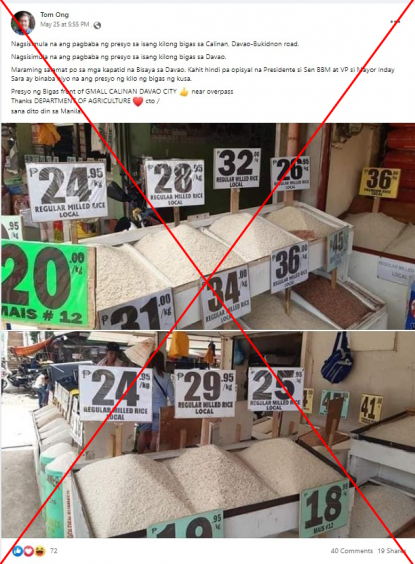 The photos were shared more than 29,000 times in similar Facebook posts here, here, and here.

"And all of you insulted BBM because you said this would never happen?" one comment read, referring to the initials of Marcos Jr, who is commonly known by the nickname Bongbong.

"Wow, I wish this was also the price here in Makati City," another wrote.

However, the photos were taken more than two years before Marcos Jr's election victory.

The Facebook user, who describes herself as a farmer, said in the post that the photos were taken in the district of Calinan in Davao City.

Alexander Sibuan, market specialist for the agriculture department in Davao region, told AFP that the photos show rice prices in December 2019, when high volumes of imported rice were driving prices down locally.

"It was harvest season [at the time] in the region," he said.

Agnes Barte, acting municipal agricultural officer at the Davao City district office in Calinan, shared photos with AFP of rice priced between 31 and 65 pesos (US$0.60 and US$1.24) per kilo at Calinan Public Market on May 30, 2022.

She said that rice prices at the market have not dropped below 30 pesos per kilo since the beginning of 2022.