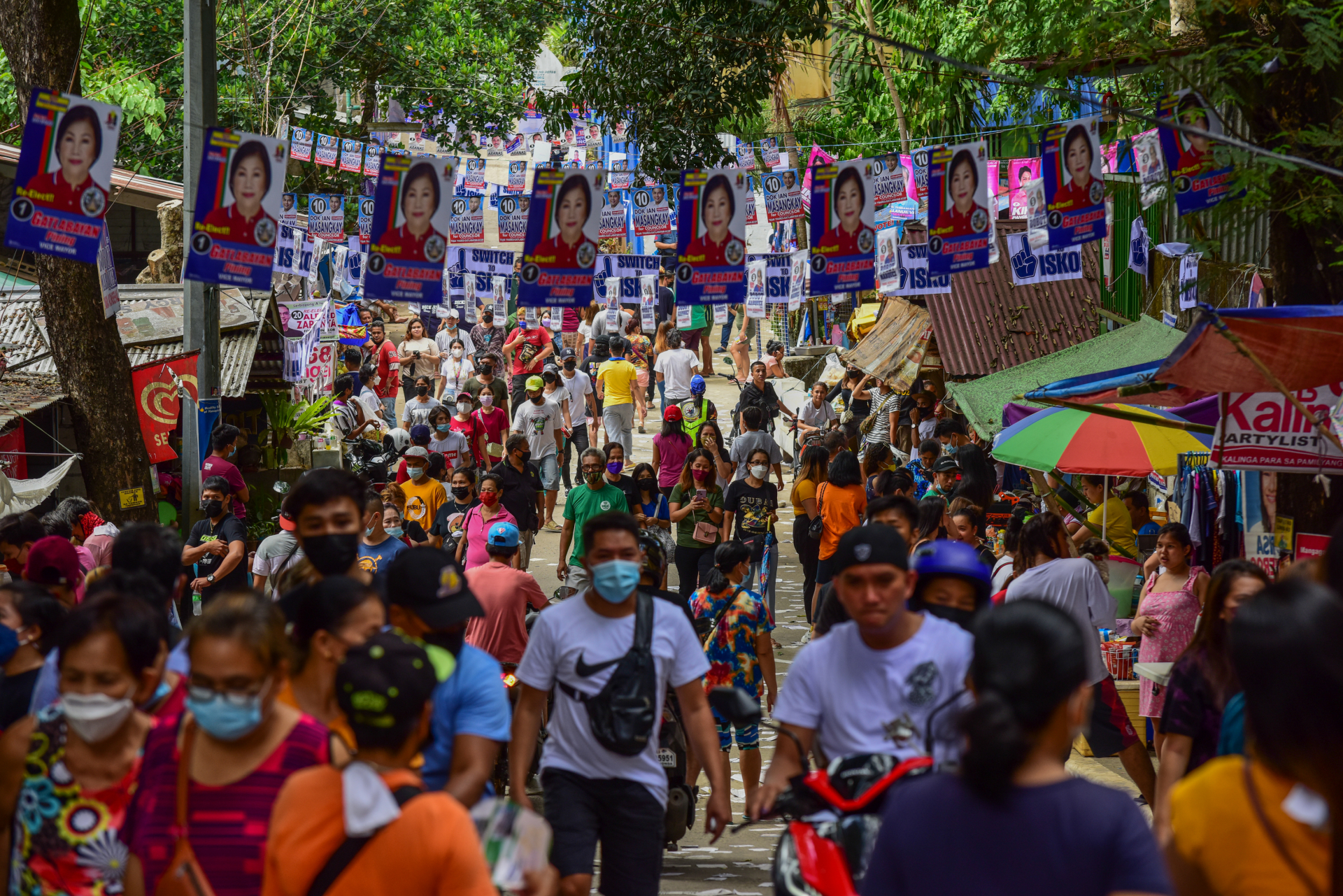 People walk outside a polling precinct during the presidential election in Antipolo, Rizal province on May 9, 2022. ( AFP / Maria Tan)

Facebook posts have repeatedly shared a purported news graphic stating the Philippine capital Manila and four neighbouring provinces were placed under "heightened Covid restriction" shortly after the May presidential elections. This is false: the image in the posts had been digitally altered from an old news graphic. Manila and its four neighbouring provinces remain under the lowest pandemic restrictions as of May 19, 2022.

It purports to show a Tagalog-language news graphic from broadcaster GMA News that translates as: "GCQ / GENERAL COMMUNITY QUARANTINE WITH HEIGHTENED RESTRICTIONS / STARTING MAY 15 TO MAY 31, 2022 / METRO MANILA / BULACAN / CAVITE / LAGUNA / RIZAL".

"GCQ" is an acronym for "general community quarantine" -- a pandemic restriction term that the Philippines stopped using in November 2021 in favour of a numbered alert level system. 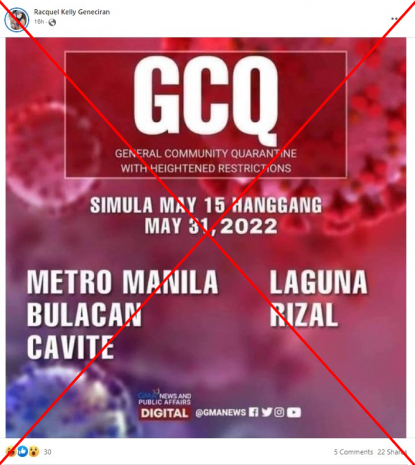 The post circulated online days after the presidential election on May 9 that Ferdinand Marcos Jr -- son of the late dictator -- won in a landslide.

However, combined reverse and keyword searches on Google found the image had been digitally manipulated from an old notice.

It originally listed lockdown restrictions in various parts of the country from May 15 to May 31, 2021.

Responding to the false posts, the broadcaster issued a statement on Facebook on May 13 that reads in part: "An old GMA News graphic had been manipulated to change the year, resulting in misleading information."

Below is a screenshot comparison of the doctored image (left) and the original news graphic with the year highlighted (right): 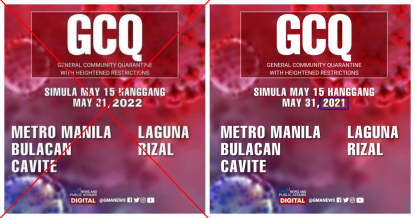 In a separate statement on Facebook on May 13, the Philippine health department said the doctored graphic contained a "fake" announcement.

"The government no longer uses quarantine labels such as 'GCQ' in favour of the Alert Level system", the statement added.

Manila and the provinces of Bulacan, Cavite and Laguna had been on Alert Level 1 -- indicating the lowest pandemic restrictions were in force -- since March 1.

This came after the archipelago saw a steep decline in Covid cases following an Omicron-driven surge.

Rizal province was placed under Alert Level 1 in April.

The state-run Philippine News Agency earlier reported that stricter restrictions may be enforced after the elections if cases spike again.

But as of May 19, Manila and the four provinces mentioned in the false posts remained under Alert Level 1.