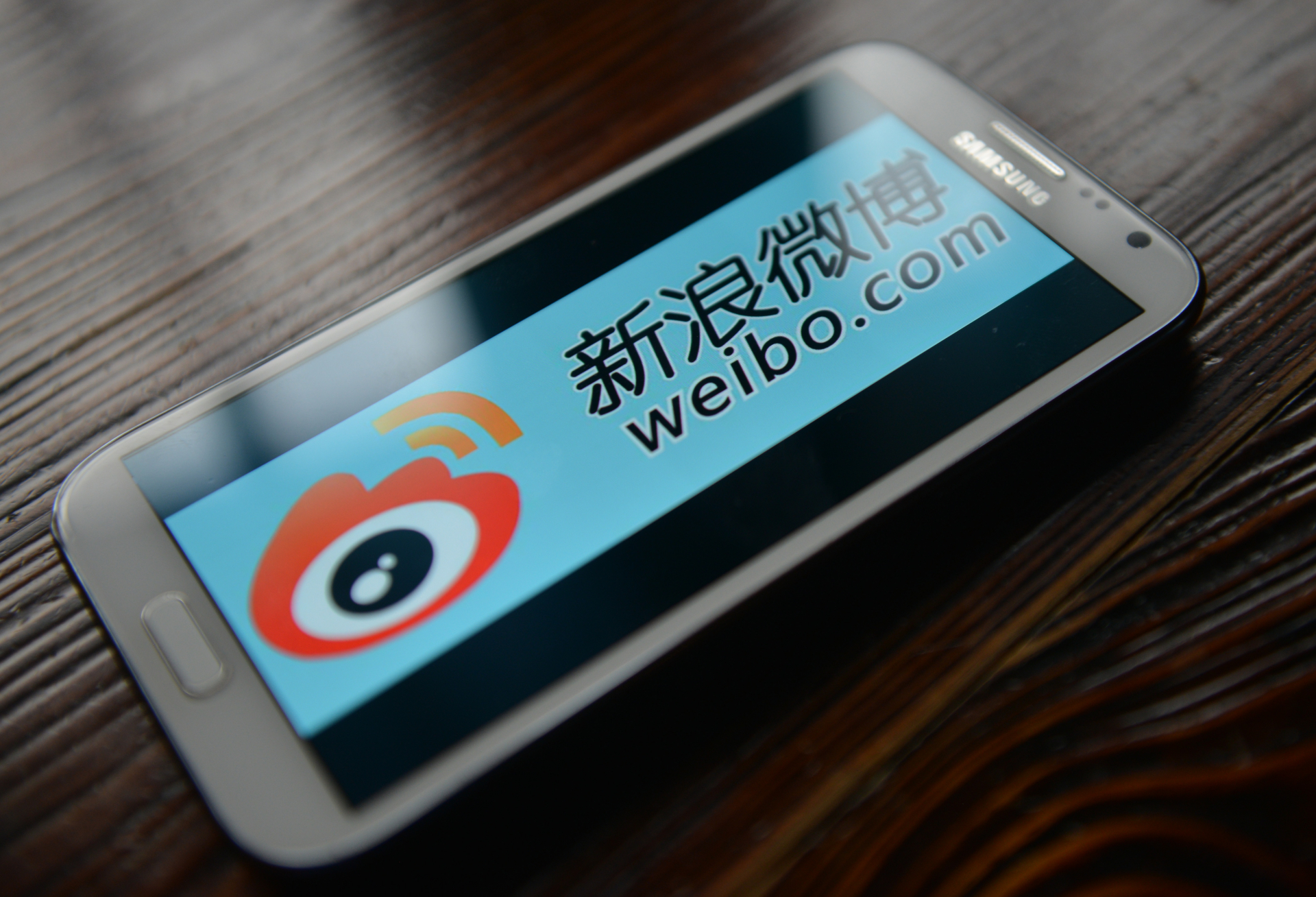 This photo illustration taken on March 19, 2014 shows the logo of Chinese microblogging platform Weibo on a smartphone in the Chinese financial city of Shanghai. AFP PHOTO/Peter PARKS ( AFP / PETER PARKS)

A photo of shoppers buying large amounts of pork has been shared hundreds of times in social media posts that claim it shows residents in the central Chinese city of Zhengzhou preparing for a weeklong lockdown to curb the spread of Covid-19 in May 2022. However, the photo has been shared in a misleading context; the image has circulated in reports since November 2021 about lavish pork buying practices in China's western Sichuan province.

"A wonder amid the Zhengzhou lockdown! People flocked to buy food. They took a 'whole pig' instead of getting it in small boxes (picture)," the caption of the tweet in simplified-Chinese reads.

An accompanying image shows people queueing in a supermarket with whole or half a side of pigs stacked atop their shopping carts. 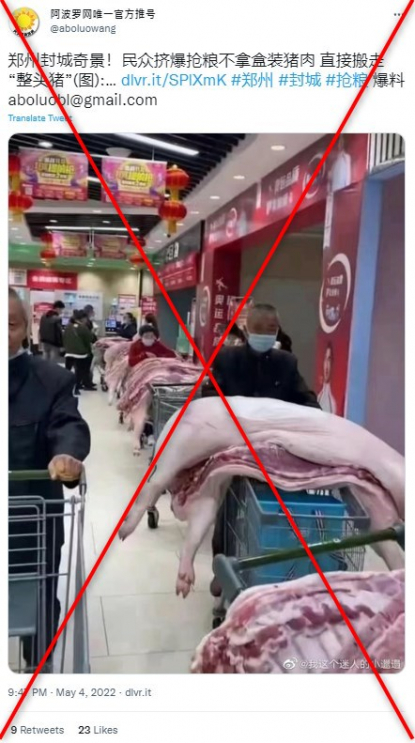 The photo circulated as authorities in Zhengzhou, capital of the central Henan province, announced strict movement control measures and mass Covid-19 testing to contain a local outbreak on May 3.

While the restrictions -- part of China's strict "zero-Covid" strategy -- only lasted a week, the announcement sparked panic buying as residents feared a lengthy lockdown like the one in Shanghai, Radio Free Asia reported.

The World Health Organization has since called the strategy "unsustainable" and called for a policy shift.

The identical image was shared on Twitter and Weibo alongside a similar claim.

It also appeared in reports by Taiwanese newspaper Apple Daily and Malaysian Chinese-language newspaper China Press on May 4, and Hong Kong newspaper Ming Pao on May 5.

While images of people buying entire pigs have featured in reports about panic buying in Zhengzhou, the photo in the posts was from Sichuan province.

The simplified-Chinese language title reads in part: "November 6, Sichuan, Guangyuan. Sichuan residents bought half a side of a pig in one go."

Text superimposed on the video also states the video was shot in Guangyuan city, in Sichuan province.

The Chinese-language voiceover can be heard in the video and it translates to English as: "How do you buy meat when you go grocery shopping? Let me show you how we buy meat here."

Below is a screenshot comparison between the photo shared in the misleading social media posts (L) and the video published by Henan Television (R): 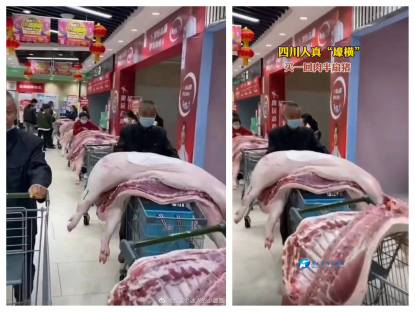 Screenshot comparison between the photo shared in the misleading social media posts (L) and the video published by Henan Television (R).

A similar video was also posted to Chinese microblogging site Weibo by local newspaper Sichuan Daily on November 15, 2021, with the hashtag "Sichuan people prepare for the Lunar New Year".