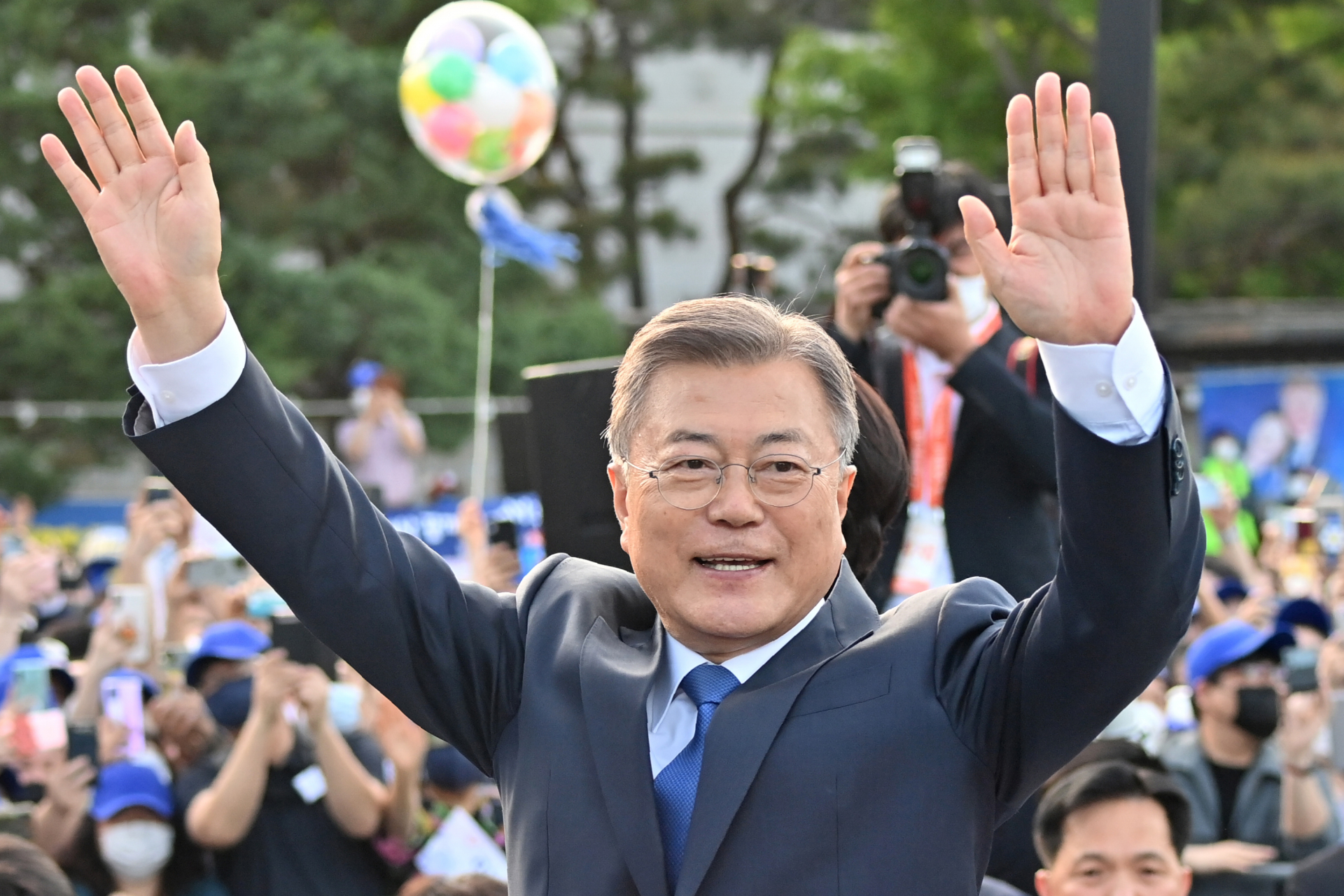 Former South Korean President Moon Jae-in waves to his supporters during his farewell ceremony outside the presidential Blue House in Seoul on May 9, 2022. ( AFP / Jung Yeon-je)

Korean-language social media posts have repeatedly shared the claim that former South Korean President Moon Jae-in bestowed himself an award near the end of his term that granted him "immunity from criminal prosecution". South Korean presidents have a tendency to end up in prison after their time in power. But a legal expert told AFP recipients of the Grand Order of the Mugunghwa are not granted criminal immunity, and four former South Korean presidents who received the award were convicted of criminal offences.

The claim was shared here on Facebook on March 15.

The post features an image of the insignia of the Grand Order of the Mugunghwa, the highest decoration awarded by South Korea's government.

Korean-language text on the image translates in part as: "Joon-yong's father and mother chose to award themselves with the country's highest decoration...the Grand Order of the Mugunghwa.

"He earmarked the money himself (150 million won) and will award it to himself, because the recipient of the Mugunghwa Order is given immunity from criminal prosecution."

"The pair are doing all kind of crap to not go to prison!" it further states.

"Joon yong's father and mother" refers to Moon and his wife Kim Jung-sook, whose son is named Joon-yong. 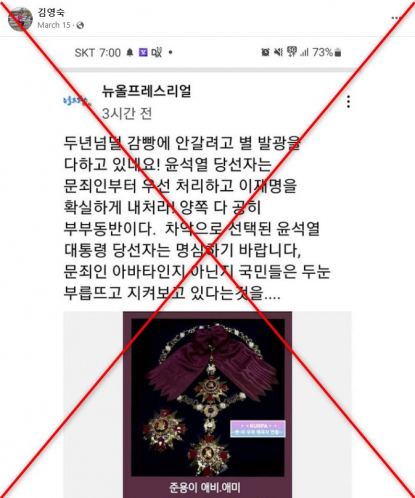 The post circulated near the end of Moon's term as newsreports stated he would bestow himself the grand order.

He received the award on May 3 days before he left office, a spokesman for the South Korea's interior ministry told AFP.

South Korean politics is notoriously adversarial and transitions of power have often resulted in preceding presidents being investigated or charged with crimes.

Every living former president before Moon has been investigated and jailed for corruption after leaving office, AFP reported.

"There are 12 types of orders of merit that are awarded by the South Korean government -- including the Grand Order of the Mugunghwa -- but not a single one grants its recipient any form of immunity for crimes," said Park Hye-won, an attorney for the Seoul-based law firm Gadeuk, told AFP.

An official overseeing national decorations told separately AFP: "Our constitution states that decorations do not bestow any privileges to recipients like absolution for any crimes."

Article 11 of South Korea's Constitution includes a clause that states that "no privileges shall ensue" from the awarding of decorations or distinctions of honour.

They were also recipients of the Grand Order of the Mugunghwa.