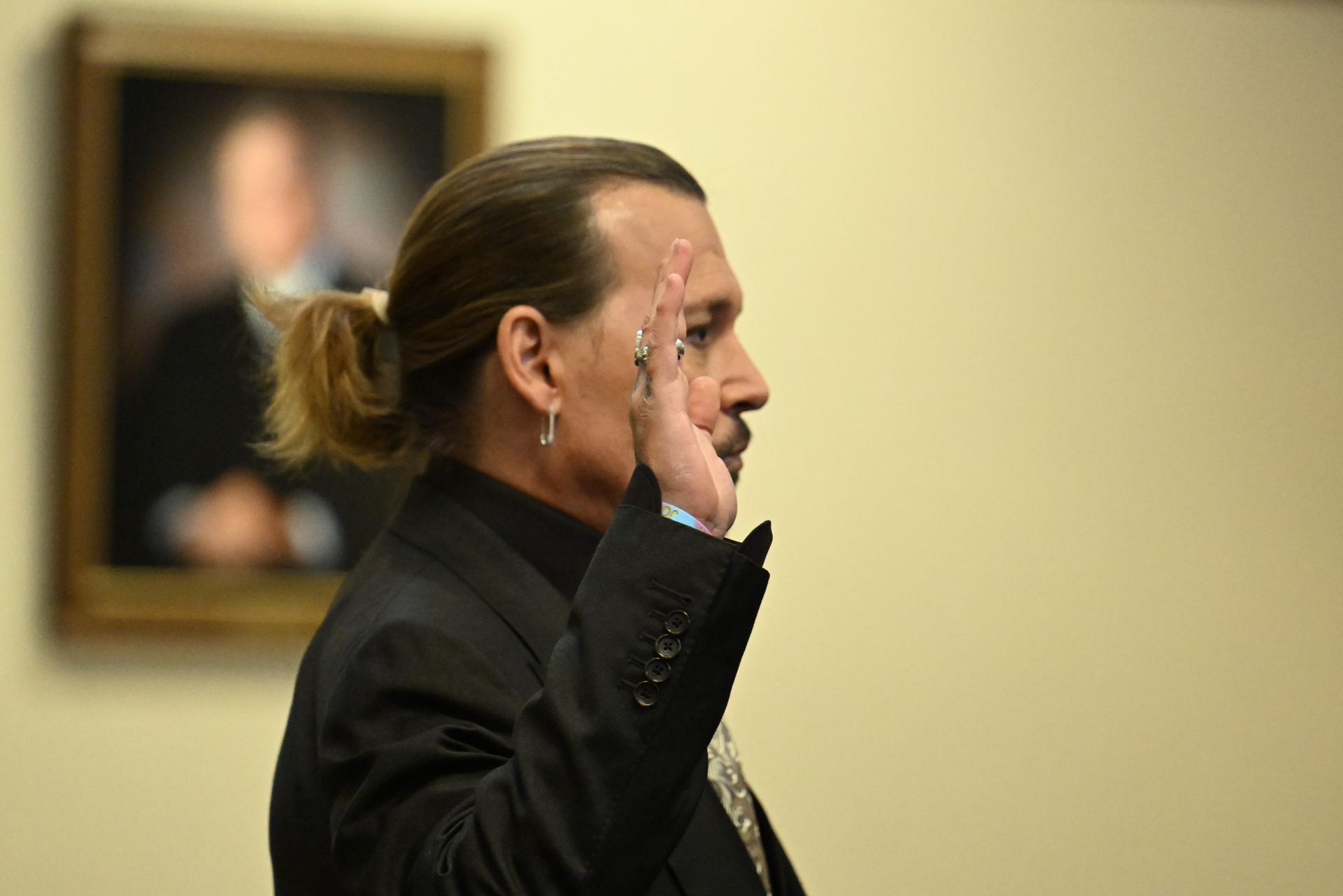 US actor Johnny Depp is sworn in during his defamation trial in the Fairfax County Circuit Courthouse in Virginia on April 19, 2022 ( POOL / Jim Watson)

Social media posts hint at a conspiracy by saying Ghislaine Maxwell's sex trafficking trial was shielded from the public while Johnny Depp's defamation proceedings are being live-streamed. The claim is misleading; Maxwell's case was a criminal matter in federal court, where filming is generally prohibited, whereas Depp is involved in a civil trial before a state tribunal, where cameras are often allowed.

"The same system that kept you in the dark about Ghislaine Maxwell and her client list, doesn't mind live-streaming Johnny Depp's trial," says an April 20, 2022 Facebook post shared more than 28,000 times. 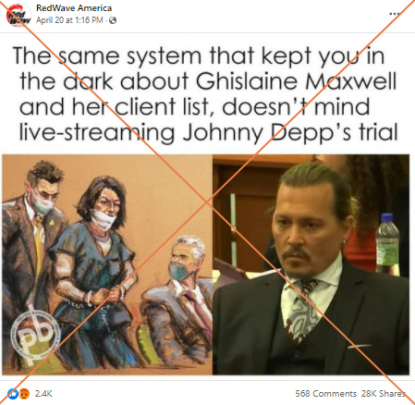 The erroneous comparison was also made on Facebook here and here, as well as on Instagram and on Twitter, where it was posted by Republican Representative Marjorie Taylor Greene.

The 2021 Maxwell trial in the US District Court for the Southern District of New York -- which resulted in her conviction for recruiting and grooming young girls to be sexually abused by late US financier Jeffrey Epstein -- has been the subject of persistent inaccurate claims of a cover-up.

The Depp case -- he sued his actress ex-wife Amber Heard for defamation over a 2018 column on domestic abuse she had written for The Washington Post -- is being heard in the Fairfax Circuit Court in the state of Virginia. He is seeking $50 million, while she has counter-sued for $100 million.

But rules on filming differ: it is prohibited except in certain circumstances in federal proceedings, while judges have broad discretion to either allow or bar it at state level in Virginia.

Fairfax County Circuit Judge Penney Azcarate allowed cameras to be present in the Depp case, as shown in this document and on the county's website.

While Maxwell's trial was not live-streamed, it was extensively covered by the media, including The New York Times and The Washington Post, news agencies such as AFP, AP and Reuters, and numerous television stations, among them CNN, NBC, ABC and CBS.

US District Judge Alison Nathan issued an order for Maxwell's trial, stating: "A number of pool reporters and members of the public will be permitted in the courtroom proper as managed by the District Executive/'s Office." The notice added: "Press will also be able to access the trial in dedicated overflow courtrooms."

The social media comparisons are flawed.

Alafair Burke, a criminal law professor at Hofstra University and a former prosecutor, told AFP: "While legitimate questions can be raised about decisions made with regard to public access to information in both cases, a direct comparison is potentially misleading.

"As a general matter, cameras are rare in federal courts, while many state courts give judges discretion over such matters. Criminal cases present additional considerations given the rights of the defendant," she said, adding: "The Federal Rules of Criminal Procedure, for example, prohibit electronic media coverage of federal criminal proceedings."

Shanlon Wu, a lawyer and legal analyst, agreed, saying the statement in the social media posts is "misleading and displays an ignorance about federal law."