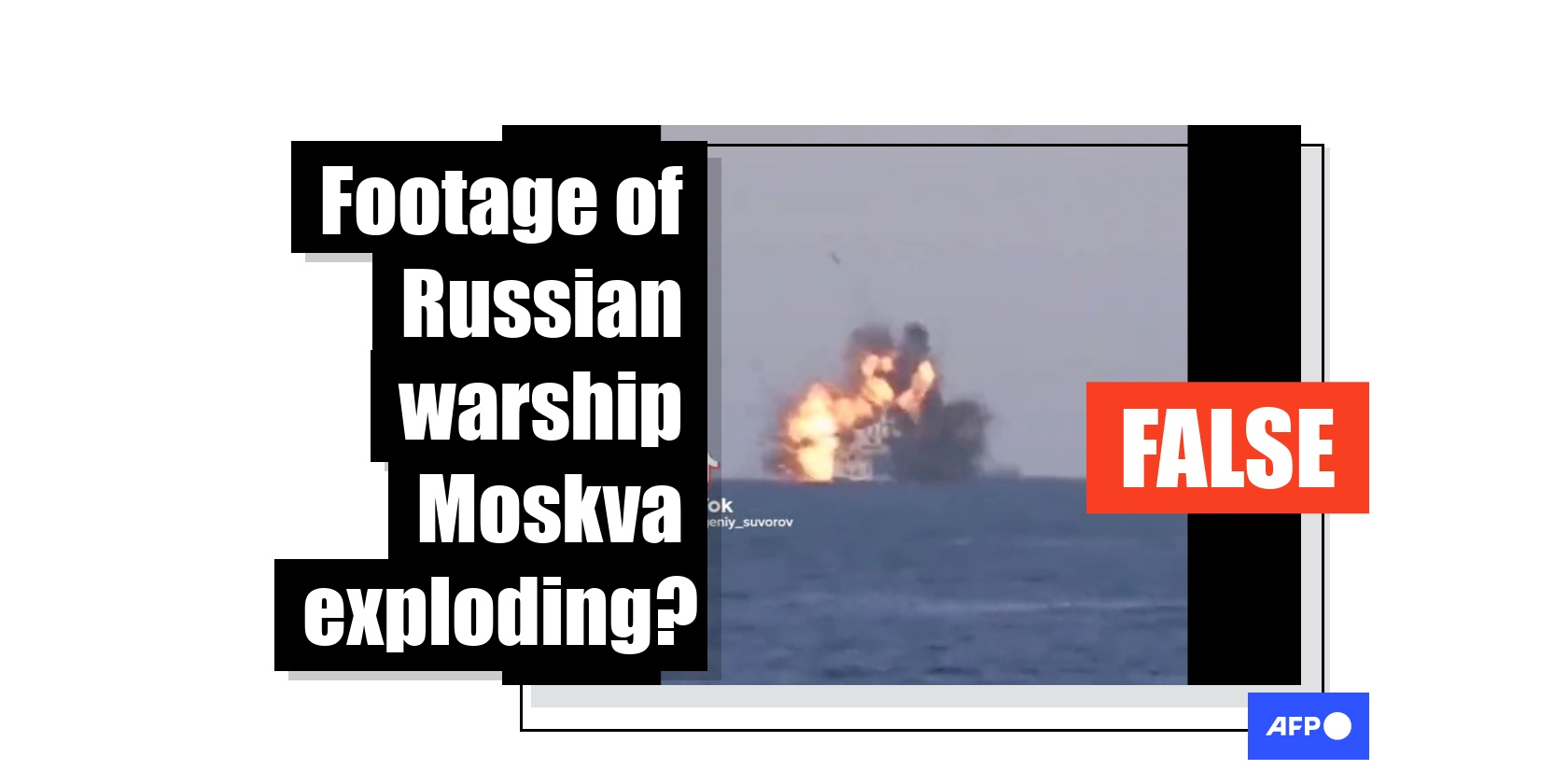 A video has been viewed millions of times on social media, alongside the claim that it shows the Russian warship Moskva exploding. The claim is false: the video is a clipped and edited version of one that has been circulating online since at least 2013, which shows the Norwegian armed forces using a decommissioned frigate for target practice.

The misleading video shows a ship exploding in the middle of the sea, and was published on Twitter on April 15. It has been viewed more than 119,000 times.

"The moment the cruiser Moskva was hit," the simplified-Chinese caption reads. 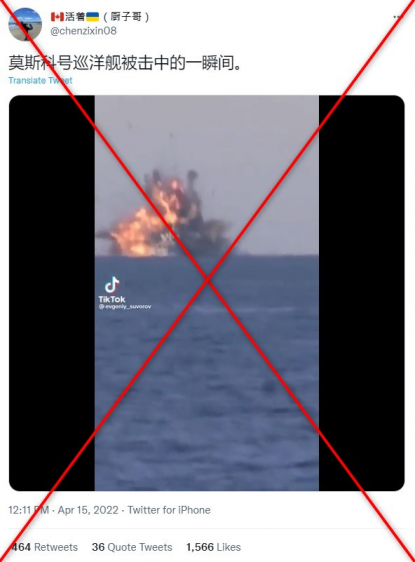 The same video with a similar description was also shared on Twitter and Weibo, as well as TikTok, where it was viewed 16 million times.

However, the claim it shows the Moskva is false.

A reverse image search on Google found this video published on YouTube by a British news agency, South West News Service, on June 6, 2013.

"The Norwegian armed forces took a decommissioned frigate out into the sea for a game of target practice. They then fired the new 'Joint Strike Missile' at the vessel with pinpoint accuracy, causing a huge explosion and major damage to the vessel," the video description partly reads.

The misleading clip is a section from this longer video that has been cropped and flipped. The angle of the missile approach, the shape of the initial explosion and smoke plumes, and the flying debris are all the same, but mirrored.

Below is a screenshot comparison of the video in the misleading post (left) and the 2013 YouTube video (right): 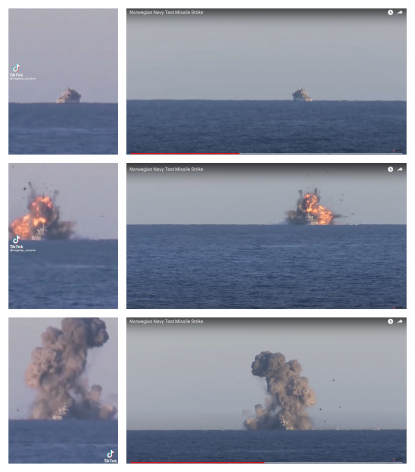 Below is a screenshot comparison of the video in the misleading post (left) and the 2013 YouTube video, zoomed in by AFP (right): 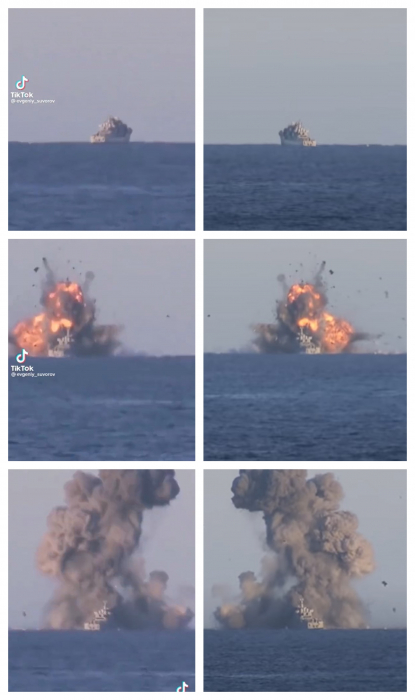 A screenshot comparison of the video in the misleading post (left) and the 2013 YouTube video, zoomed in by AFP (right):

The military exercise was reported on extensively in June 2013 -- for example by CNN, Yahoo News and a specialist military publication -- using the same video.