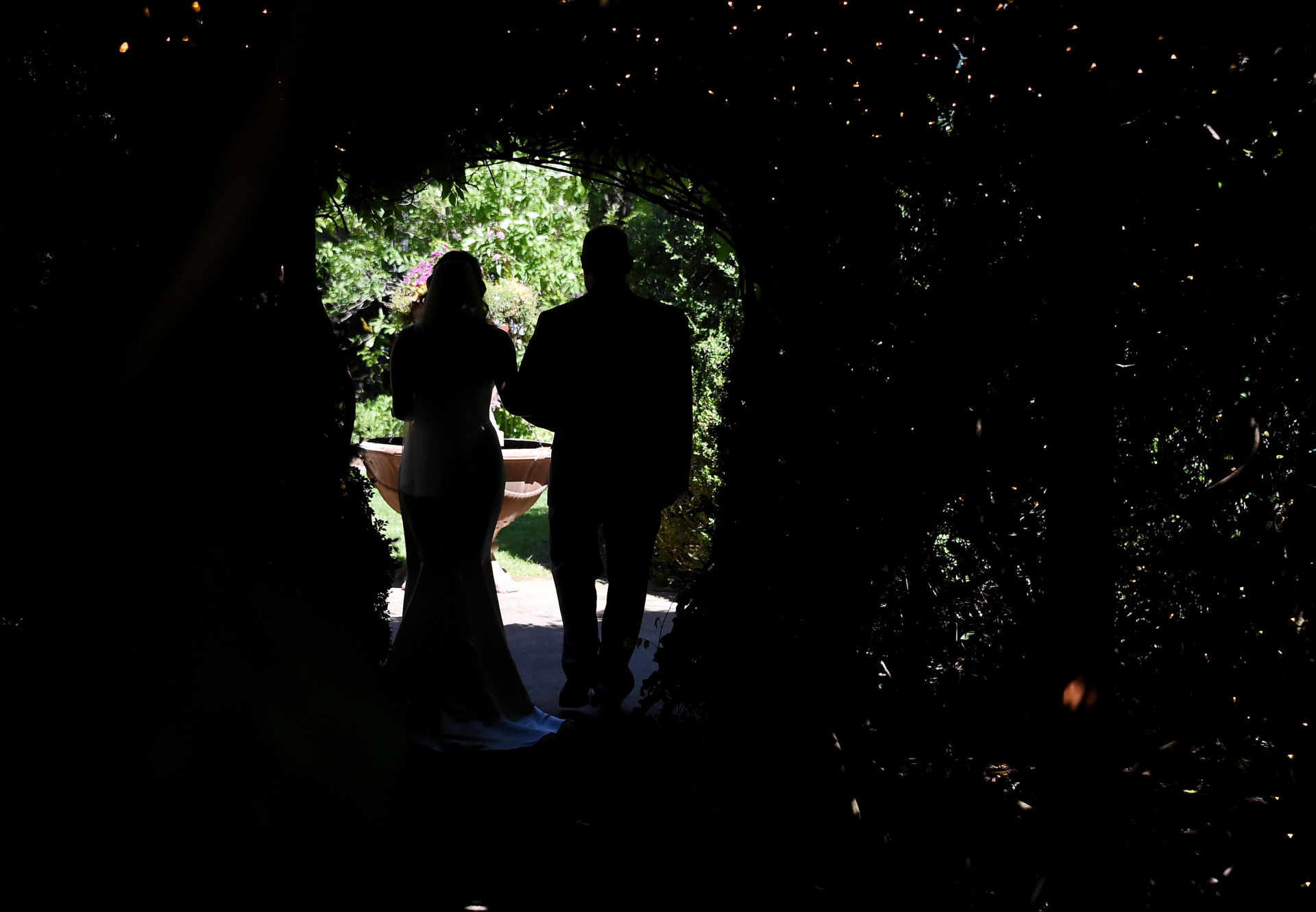 A woman is walked down the aisle by her father at her wedding ceremony on May 9, 2020 in Rustburg, Virginia ( AFP / Olivier Douliery)

Social media posts claim legislation proposed by a Tennessee Republican lawmaker would legalize child marriage by eliminating an age requirement. This is misleading; an initial version of a bill on common-law unions omitted such a requirement, but it was subsequently changed to include one, and the amended measure has been referred to committee for further review.

"Disgusting! Tennessee Republicans Are Advancing A Marry Little Kids' Bill That Will Allow Them To Marry Children Of Any Age," says an April 6, 2022 Instagram post that has been liked more than 7,000 times. 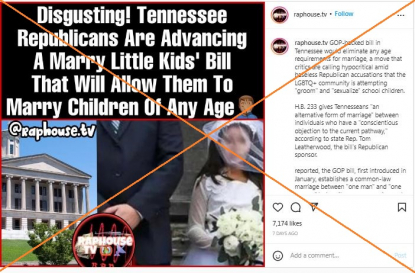 Similar posts, including one calling the measure "sick and twisted," appeared on Facebook here and here and on Twitter here.

The bill introduced by Representative Tom Leatherwood was aimed at codifying common-law marriage in the state to recognize unions between a man and a woman.

A previous version of the bill sent to AFP by Leatherwood's office included language defining marriage "between one man and one woman" without an age requirement. But an amended version added the phrase "who have both attained the age of majority," which in Tennessee is 18.

The bill would set a higher required age for common-law marriages than that needed to obtain a marriage license, which is 17 under Tennessee law.

Leatherwood's office did not elaborate on the reasons for the amendment or for the omission of the age requirement in the initial version.