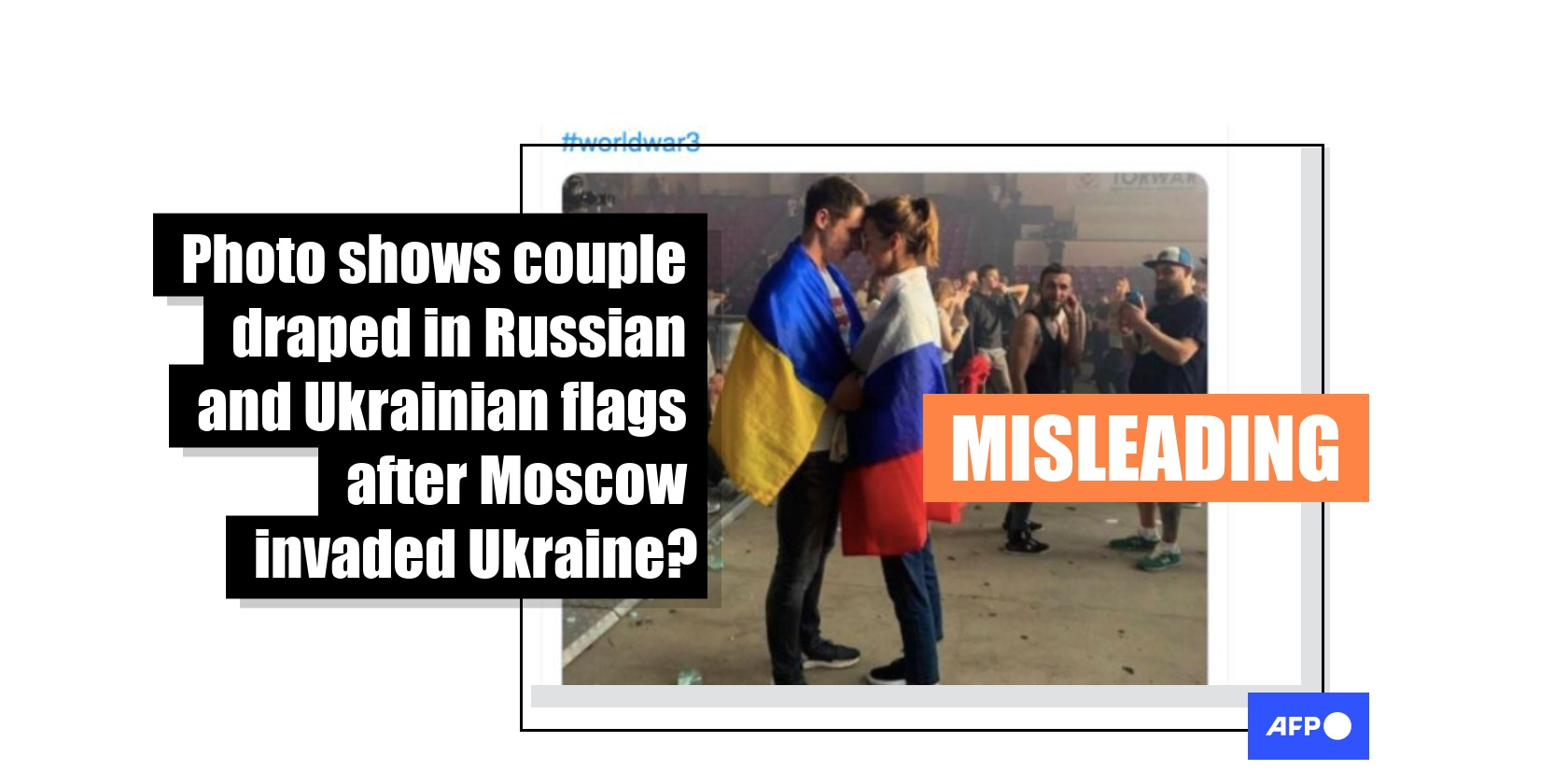 A photo of a couple embracing while draped in both the Russian and Ukrainian flags has circulated online after Moscow's invasion of its pro-Western neighbour alongside a claim it shows "love during [the] war". The image -- which was shared repeatedly in posts linking it to the war in Ukraine -- has circulated in reports since 2019 about a couple embracing at a concert in Poland. 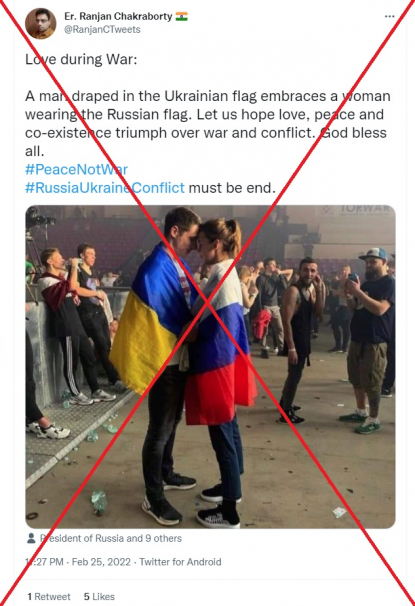 A screenshot of the misleading post taken on March 28, 2022.

The caption reads: "Love during War: A man draped in the Ukrainian flag embraces a woman wearing the Russian flag. Let us hope love, peace and co-existence triumph over war and conflict. God bless all.

"#PeaceNotWar
#RussiaUkraineConflict must be end [sic]."

The conflict has left thousands of civilians dead, including dozens of children, and displaced more than 10 million people, AFP reported.

The image was also shared alongside a similar claim about the war in Ukraine here and here on Facebook; and here on Twitter.

It was also shared here and here on Instagram alongside a French-language caption that translates to English as "The photo of today". The two posts received more than 130,000 likes.

A reverse image search on TinEye found the photo published here on the website for US newspaper The Washington Post on December 4, 2019.

According to the report, the photo shows a Russian woman, Juliana Kuznetsova, with her Ukrainian fiancé.

It was taken at a concert in the Polish capital Warsaw for Belarusian rapper Max Korzh on November 27, 2019.

Below is a screenshot comparison of the image in the misleading posts (L) and The Washington Post's photo (R): 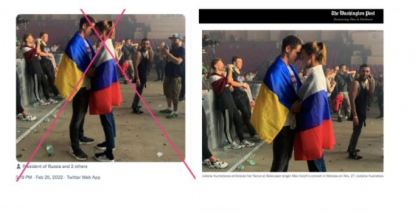 AFP previously published this fact check about the same image in the French language.