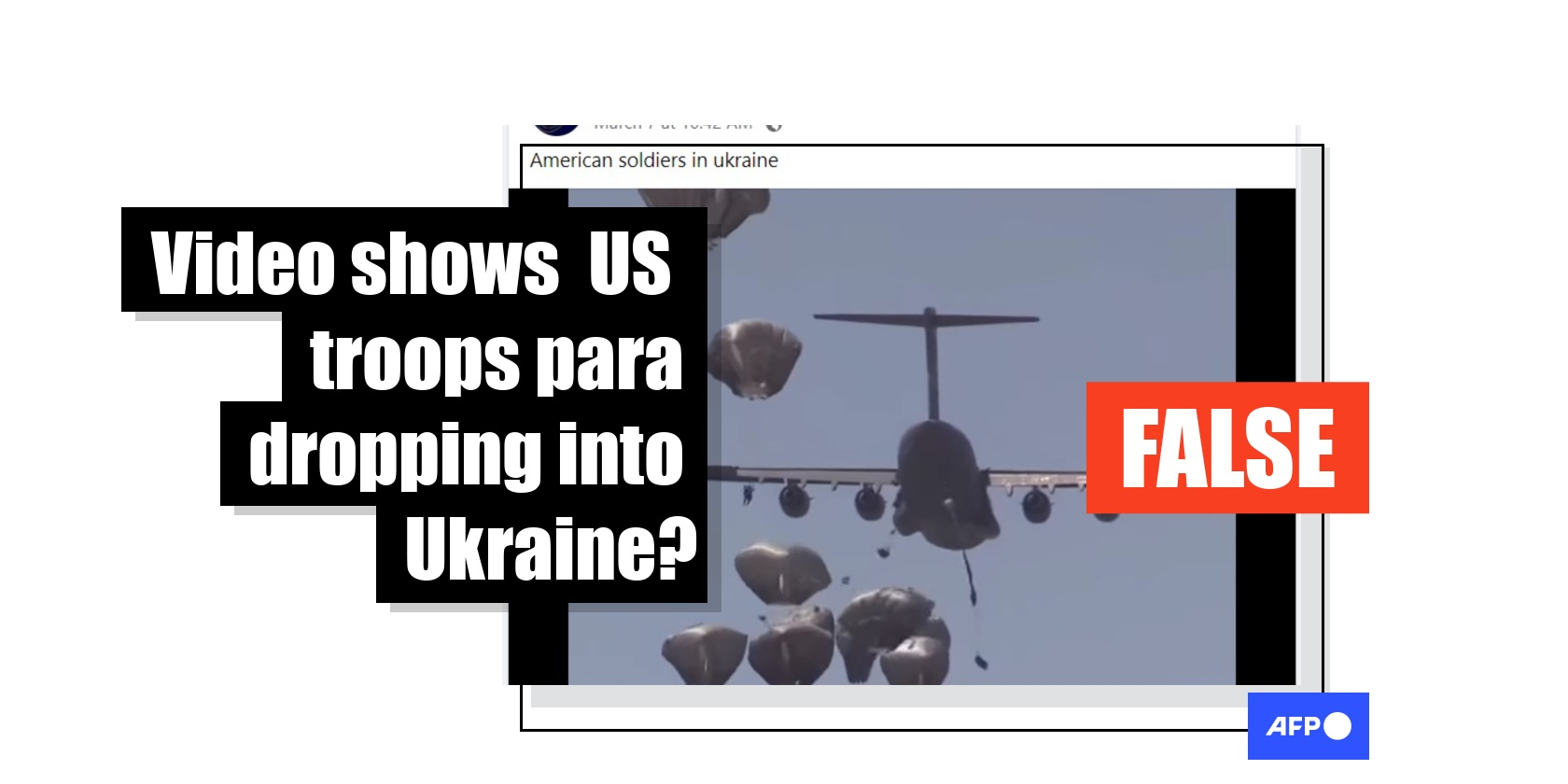 A video of soldiers jumping out of a plane with parachutes has been shared tens of thousands of times on Facebook in South Africa alongside a claim that it shows US paratroopers joining the war in Ukraine. But this is false: the footage, which has been viewed millions of times, has been online since at least 2016 and features US soldiers performing parachute drills at the Pope Army Airfield in North Carolina.

It shows military troops boarding an aircraft and then parachuting off while the plane is in the air. 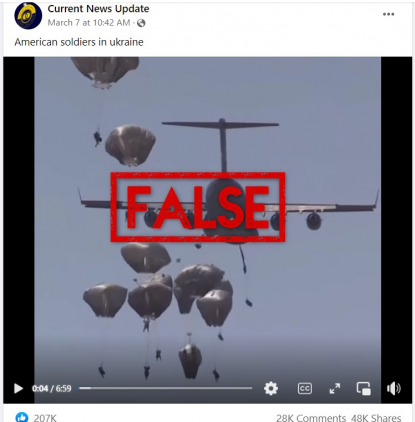 The clip surfaced after Russia invaded neighbouring Ukraine on February 24, 2022. More than 3.5 million have fled the country while hundreds of civilians, including children, have been killed since the war erupted. AFP is providing extensive coverage of the conflict.

However, the video posted on Facebook predates Russia’s invasion, of Ukraine by several years and does not show US soldiers entering the war.

Using InVID video analysis and conducting a reverse image search, AFP Fact Check found that the video has been online since at least 2016.

AFP Fact Check traced the video to a YouTube channel called AiirSource Military. According to the caption, the video shows paratroopers from the 82nd and 101st US Airborne Divisions doing static line jumps “over Sicily Drop Zone at Fort Bragg, North Carolina”.

Fort Bragg is a large US Army base.

AFP Fact Check also found a still image from the clip of troops boarding the aircraft that was published on July 28, 2016, by a website called “Wordless Tech”. 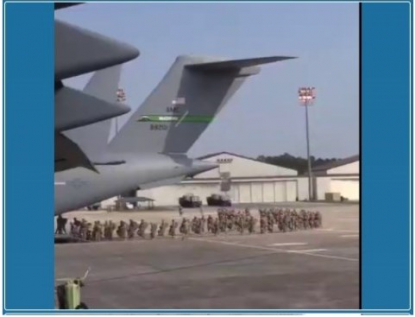 A Google keyword search for images of the military airfield at the Fort Bragg Army base found photos of a building and an aircraft similar to the one in the video in the photo archive of stock photography agency Alamy.

The photo shows US Army members of the 82nd Airborne Division in Fort Bragg preparing to board an aircraft for a tactical training military exercise at the Pope Army Airfield in North Carolina, according to the caption. 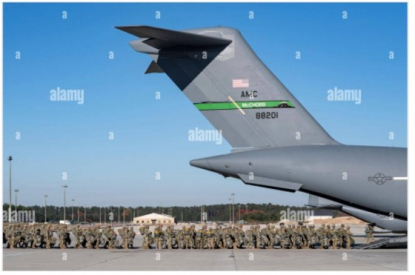 A side-by-side comparison of the image from the video (L) and the Alamy photo (R) shows that the two pictures were taken in the same location and show the same plane.

A comparison of the two images showing the same aircraft, trees in the background and buildings painted in the same colours

A search on Google Earth showed that the buildings, floodlight poles and grass lawn of Fort Bragg's Pope Army Airfield looked similar to those in the video. 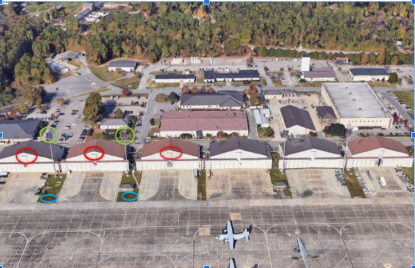 Contacted by AFP Fact Check, the US Army confirmed that the footage circulating on Facebook shows a military training drill in Fort Bragg, not US troops parachuting to aid Ukrainian fighters.

“I can confirm that this video was taken at Pope Army Airfield in North Carolina and not Ukraine,” Captain Perianne Duffy, spokeswoman at the office of public affairs for the 18th Airborne Corp said.

“This is an exercise drill conducted in the United States for training purposes only”.

Although the US has not sent forces into Ukraine, it has imposed heavy sanctions on Russia and is providing military and humanitarian aid.