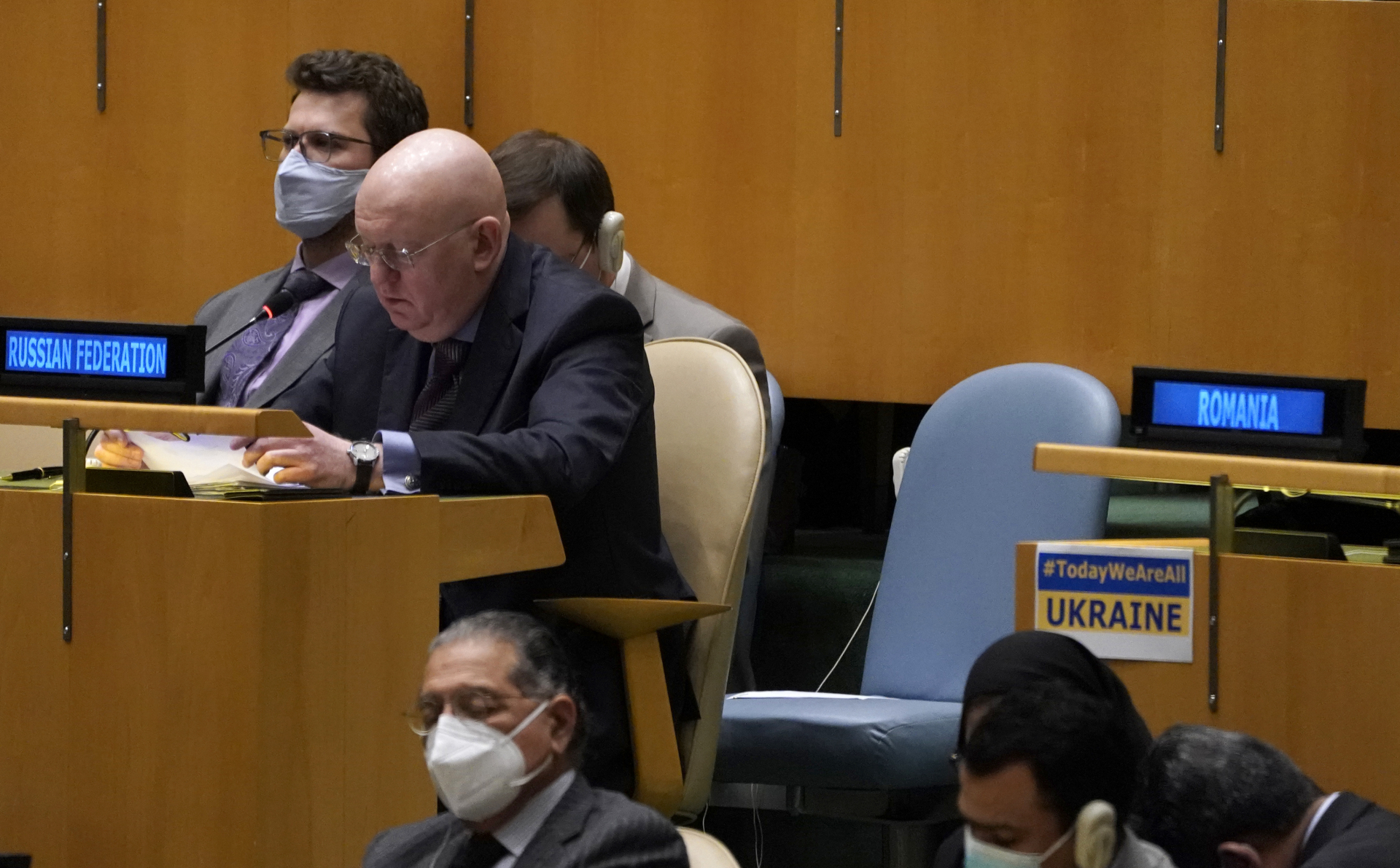 Russia's UN ambassador did not say Trump was overthrown

Social media posts claim Russia's ambassador to the United Nations said during a General Assembly session that former US president Donald Trump was "overthrown." But diplomat Vassily Nebenzia's full remarks make clear he was referring to the revolution that toppled Ukraine's president in February 2014, not Trump's 2020 electoral defeat.

"Absolutely perfect: Russian Ambassador to the UN Vasily Nebenzya peddles Trump's Big Lie. '...with the support of the United States, where the legitimately elected president of the country was overthrown,'" says a screenshot of a tweet featured in a March 4, 2022 Facebook post. 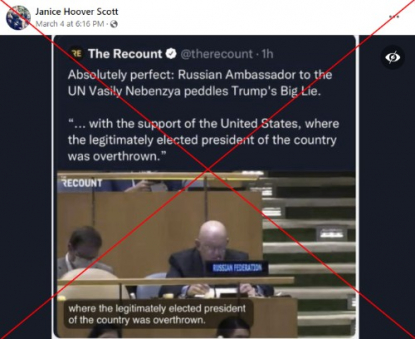 The Recount, which posted the tweet about Nebenzia, deleted it and acknowledged the error the same day as the Russian ambassador's remarks, but the claim continues to circulate on social media, with other examples appearing on Facebook here and here.

Russian forces invaded Ukraine on February 24. Nebenzia spoke during an Emergency Special Session of the UN General Assembly on March 2.

Trump has repeatedly touted false claims -- which AFP Fact Check has debunked -- that the election he lost to Joe Biden was plagued by fraud, but Nebenzia did not echo these baseless assertions in his remarks at the United Nations.

The comments cited in the social media posts, which occur at 1:30.42 in this video of the session, were Nebenzia's explanation of Russia's vote against a resolution condemning its actions in Ukraine.

"Nothing is mentioned about the illegal coup in Kyiv in February 2014 with the connivance of Germany, France and Poland, and with the support of the United States, where the legitimately elected president of the country was overthrown," Nebenzia said, according to a translation in the video, which was posted on the official UN YouTube page.

He was referring to the popular uprising known as the Maidan protest movement that ousted Ukraine's pro-Russian president Viktor Yanukovych in late February 2014. An English copy of Nebenzia's remarks published on the Russian UN delegation's website provides further evidence that he was speaking about Yanukovych, not Trump.

"Nor does it mention the illegal coup in Kiev in 2014, when a legitimately elected president was overthrown with connivance of Germany, France, and Poland, and with support of the United States," it quotes the ambassador as saying.

Russia's mission to the United Nations did not respond to a request for comment on the issue by the time of publication.

On March 2, the General Assembly overwhelmingly adopted a non-binding resolution demanding that Russia immediately withdraw from Ukraine, in a powerful rebuke of Moscow's invasion by a vast majority of the world's nations.

China was among the 35 countries that abstained, while Eritrea, North Korea, Syria and Belarus joined Russia in voting against the measure.

All articles
Ukraine conflict US POLITICS