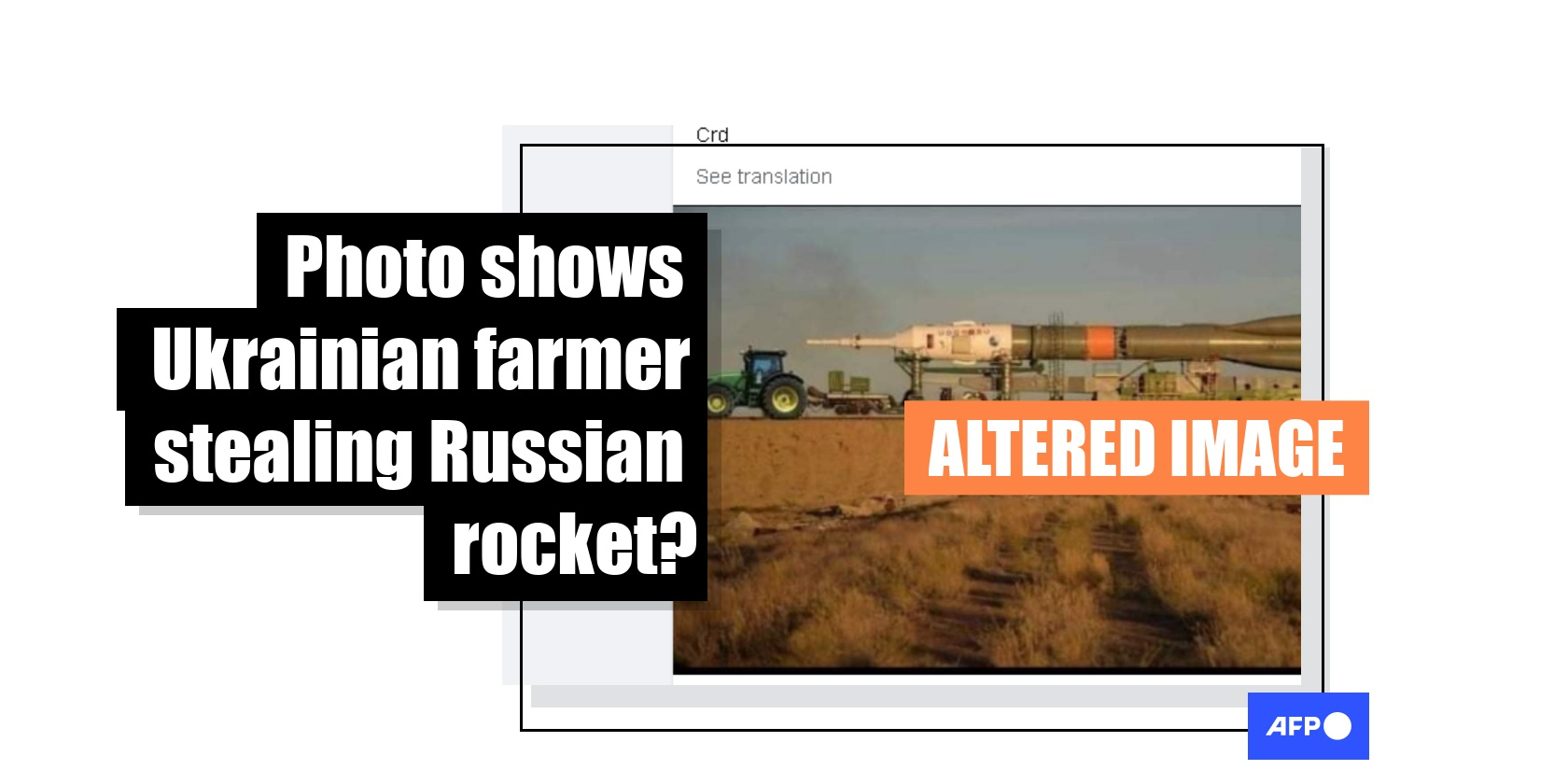 This is an old NASA photo doctored to add a tractor

Multiple social media posts purport to show a photo of a Ukrainian farmer stealing a Russian rocket. However, the image has been doctored. The original photo was taken by NASA in 2018 and shows a rocket towed by a train, not a tractor.

"A Ukrainian farmer stole a Russian Soyuz rocket and carried it away with a truck," reads a Burmese-language Facebook post shared on March 13 on a page with more than 38,000 followers.

The post credits the image, which shows a tractor towing a huge rocket, to "CNA Photo: More Nessa via Twitter". 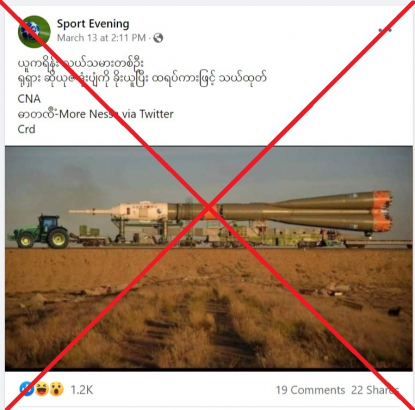 A screenshot of the misleading post taken on March 17, 2022

Russia invaded Ukraine on February 24 but Ukrainian resistance and logistical problems have stalled its push for a lightning victory.

Ukrainians have posted videos showing the success of their forces that have become viral trends, including footage of a Ukrainian farmer purportedly towing away captured Russian military hardware on his tractor.

However, the image apparently showing a tractor towing a rocket has been doctored.

A reverse image search on Google found the picture in the archives of photo agency Alamy, where it is credited to NASA. It shows the rocket but with no tractor.

The photo caption says it shows a Soyuz MS-10 spacecraft being transported by train to its launch pad in Baikonur, Kazakhstan on October 9, 2018.

Soyuz rockets are one of the most widely used to transport space crews to the International Space Station and to launch satellites into orbit, but Russia has suspended upcoming launches over European sanctions against it due to its invasion of Ukraine. 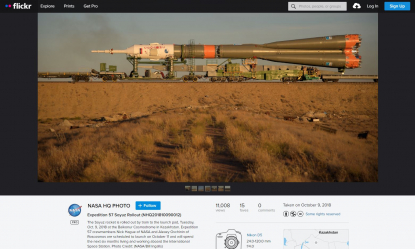 Screenshot of the NASA photo on Flickr, taken March 18, 2022

The photo caption reads: "The Soyuz rocket is rolled out by train to the launch pad, Tuesday, Oct. 9, 2018 at the Baikonur Cosmodrome in Kazakhstan. Expedition 57 crewmembers Nick Hague of NASA and Alexey Ovchinin of Roscosmos are scheduled to launch on October 11 and will spend the next six months living and working aboard the International Space Station. Photo Credit: (NASA/Bill Ingalls)".

The spacecraft was launched at the Baikonur Cosmodrome in Kazakhstan on October 11, 2018 as part of Expedition 57, which was aborted due to "an anomaly with the booster".

Below is a screenshot comparison of Facebook image (left) and the NASA photo (right).

A wider shot of the rocket that NASA posted on Flickr shows the rocket loaded onto a train. 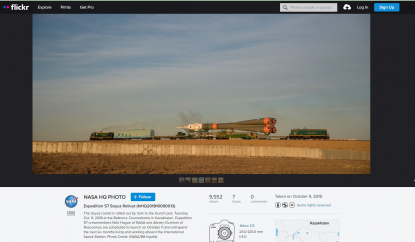 Screenshot of the NASA photo on Flickr, taken March 18, 2022

The same rocket appears in an AFP photo taken on October 9, 2018 from a different angle, which shows it being transported by train. 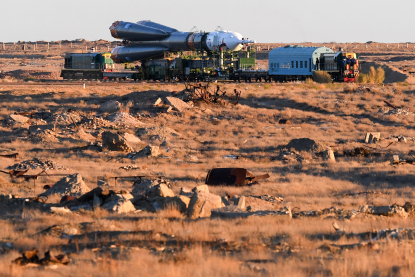 A Soyuz MS-10 spacecraft is transported towards the launch pad at the Russian-leased Baikonur cosmodrome in Kazakhstan on October 9, 2018. ( AFP / Kirill KUDRYAVTSEV)

Russia's invasion of Ukraine has triggered a wave of misinformation about the conflict. AFP has debunked various claims here.