Videos shared on Facebook claim to show Russian President Vladimir Putin warning Nigeria to stay out of the war in Ukraine or risk entering into its own conflict. But this is false: AFP Fact Check found that the clips use false subtitle translations. One video is from 2020 and shows Putin addressing Russians about the novel coronavirus. In another, he does address Russia’s ongoing attack on Ukraine but makes no mention of Nigeria.

The subtitles in this video, created on TikTok and viewed more than 1,000 times on Facebook, claim to be a translation of Putin warning African countries in Russian to mind their own business with respect to the Russian invasion of Ukraine.

“Instead of tweeting about Russia and Ukraine, why don’t you solve your continent’s problem?” the subtitle caption reads.

Putin addresses the camera directly while separate footage of bombs and missiles going off can be seen below. 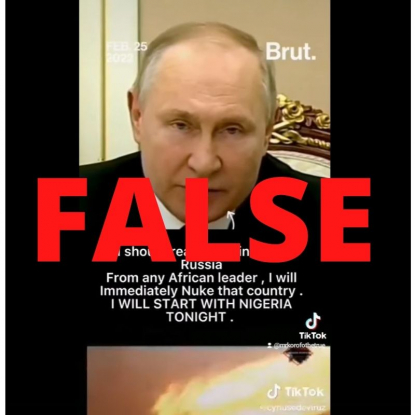 A screenshot taken on March 11, 2022, showing a keyframe from the TikTok video

According to the subtitles, Putin purportedly says: “If I should read anything about Russia from any African leader, I will immediately nuke that country. I will start with Nigeria tonight.”

A second video claims to show a news flash from another Putin speech warning the Nigerian military against sending untrained soldiers to Ukraine.

Based on the alleged translation, Putin threatens to “level the whole nation, starting from Lagos” if Nigeria fails to heed his warning. 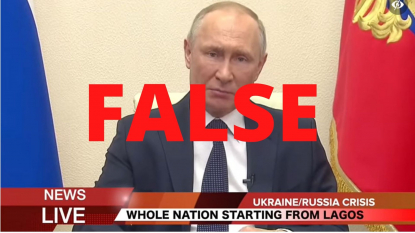 A screenshot taken on March 11, 2022, showing part of the false post

The clip also features Nigerian soldiers on parade and a photograph of Nigerian President Muhammadu Buhari.

Our investigation shows that one of the videos can be found in AFP's own archives. In the clip from February 25, 2022, Putin calls members of the Ukrainian government “drug addicts and neo-Nazis”.

The gilded chair Putin is seated on can be seen in both the TikTok version of the video and the original. 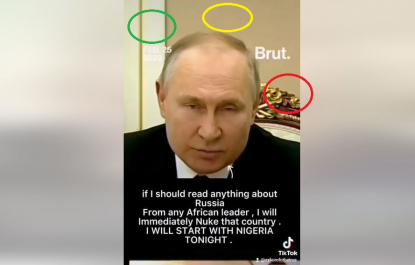 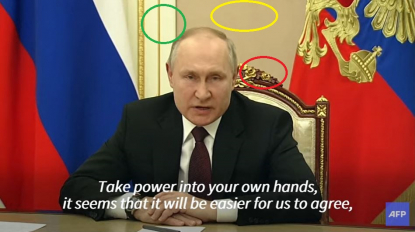 Comparison screenshots of Putin talking about the invasion, taken on March 11, 2022

Meanwhile, the second video was uploaded to YouTube here by Russian free-to-air channel NTV in 2020. In this address, Putin talks about coronavirus lockdowns.

“Today, the leader of the Russian Federation addressed the citizens of the country. The president extended the regime of non-working days in Russia until April 30,” the video caption reads. 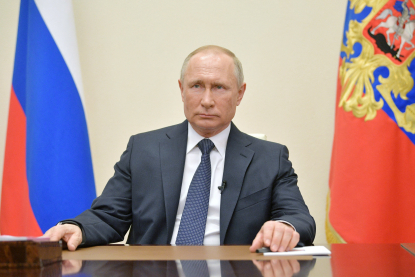 We've also investigated another false claim that Putin had sent a warning to African countries that they would suffer the same fate as Ukraine for speaking out against Russia’s invasion.

The UN estimates that Russia’s invasion of Ukraine has displaced around two million people since February 24, 2022.