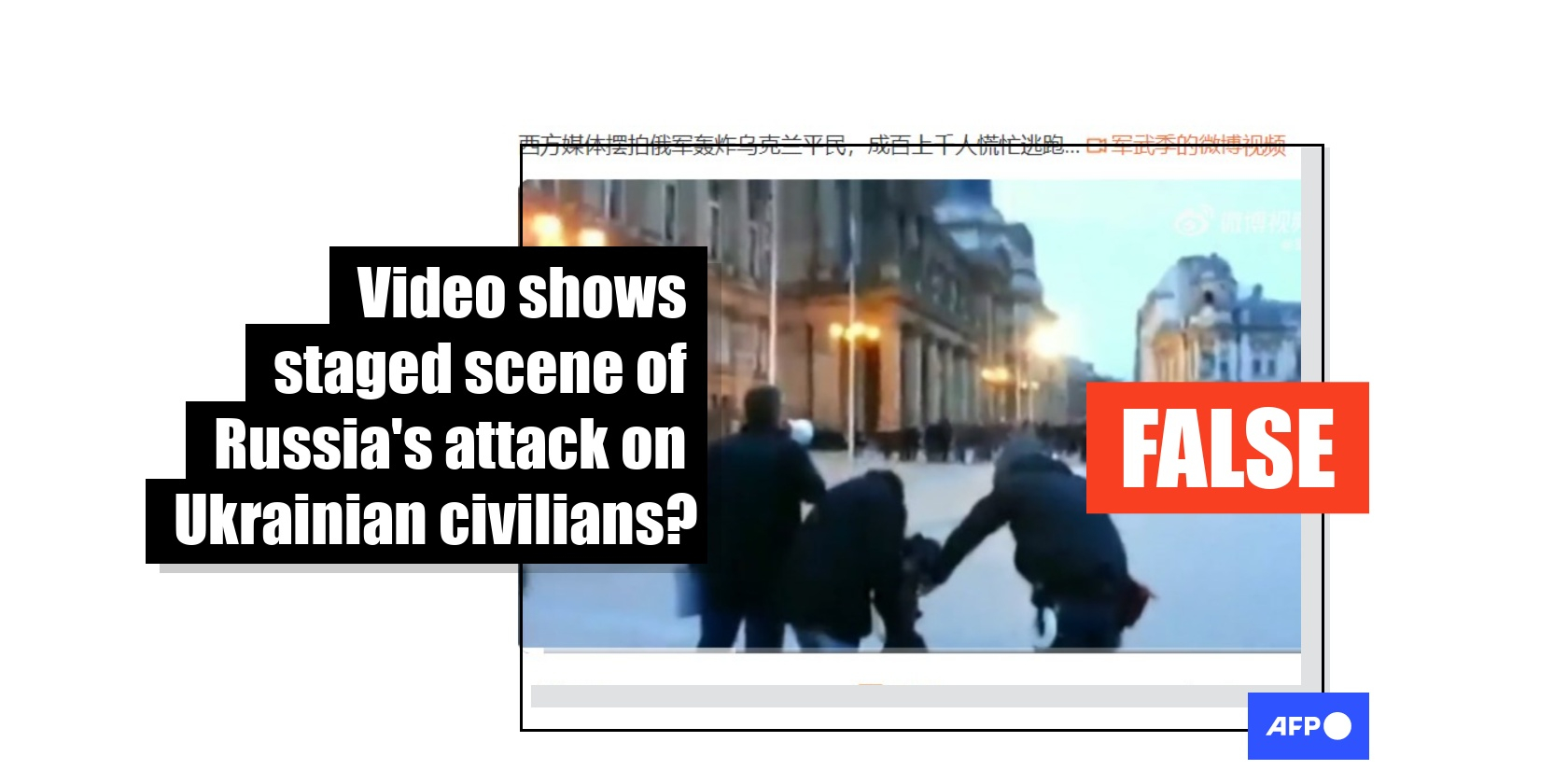 As the civilian death toll mounted in Ukraine following Russia's invasion, a video has been viewed tens of thousands of times in social media posts that claim it shows a "staged scene of the Russian military bombing of Ukrainian civilians". But the clip in fact shows production footage for a science fiction film released years before the Russian invasion of Ukraine, the movie's director told AFP. The scene was shot in the United Kingdom — not Ukraine.

The one-minute, seven-second video has been viewed more than 66,000 times since.

It shows a production scene in which a director instructed a big group of actors to run toward a camera while screaming in fear. 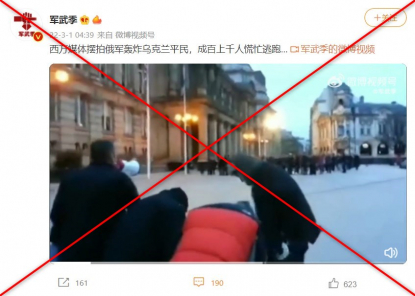 The video was also shared with a similar claim on Weibo here and on Facebook here and here.

It also appeared with the claim in German, Danish and Serbian.

The posts circulated days after Russian President Vladimir Putin announced the launch of a military operation against Ukraine on February 24, 2022, setting off the worst conflict in Europe in decades.

Russian rockets continued to pound civilian areas in Ukraine even as Kyiv and Moscow held their first talks on February 28, 2022. AFP reported on the developments here.

A reverse image search on Google using keyframes of the video found it was published here on YouTube on April 8, 2013.

The 29-second footage was posted on a YouTube channel that belongs to Richard Wood, who describes himself as a UK-based filmmaker and producer.

His name is listed as a co-producer of Invasion Planet Earth.

Below is a screenshot comparison of the video in the misleading post (L) and the genuine YouTube video (R):

Responding to the false posts, the film's director, Simon Cox, published a statement on Twitter on February 27, 2022, along with the YouTube link.

I've just seen on Twitter that a clip from, the making of my film is being used for fake news in #Ukraine. Just to confirm, this clip is from my independent sci-fi movie, Invasion Planet Earth, shot in Birmingham UK in 2016 - Nothing to do with the media! https://t.co/sTrBOriRNO

He stated that his film "is being used for fake news in Ukraine".

"Just to confirm, this clip is from my independent sci-fi movie, Invasion Planet Earth, shot in Birmingham UK in 2016," Cox said.

AFP reached out to Cox, who corrected his earlier statement and said the scene was actually shot in 2013.

"The scene we were filming was of crowds of people being blasted by alien spaceships, which we later superimposed in," he told AFP.

According to its website, the film was released in cinemas on December 5, 2019.

The video in the misleading posts corresponds to a scene shown in the film's trailer, posted on IMDb website here.

Below is a screenshot comparison of the video in the misleading post (L) and a scene from the film's trailer (R), with similar features circled in red by AFP:

The location shown in the clip corresponds with the Google Street Views imagery of Victoria Square in Birmingham.