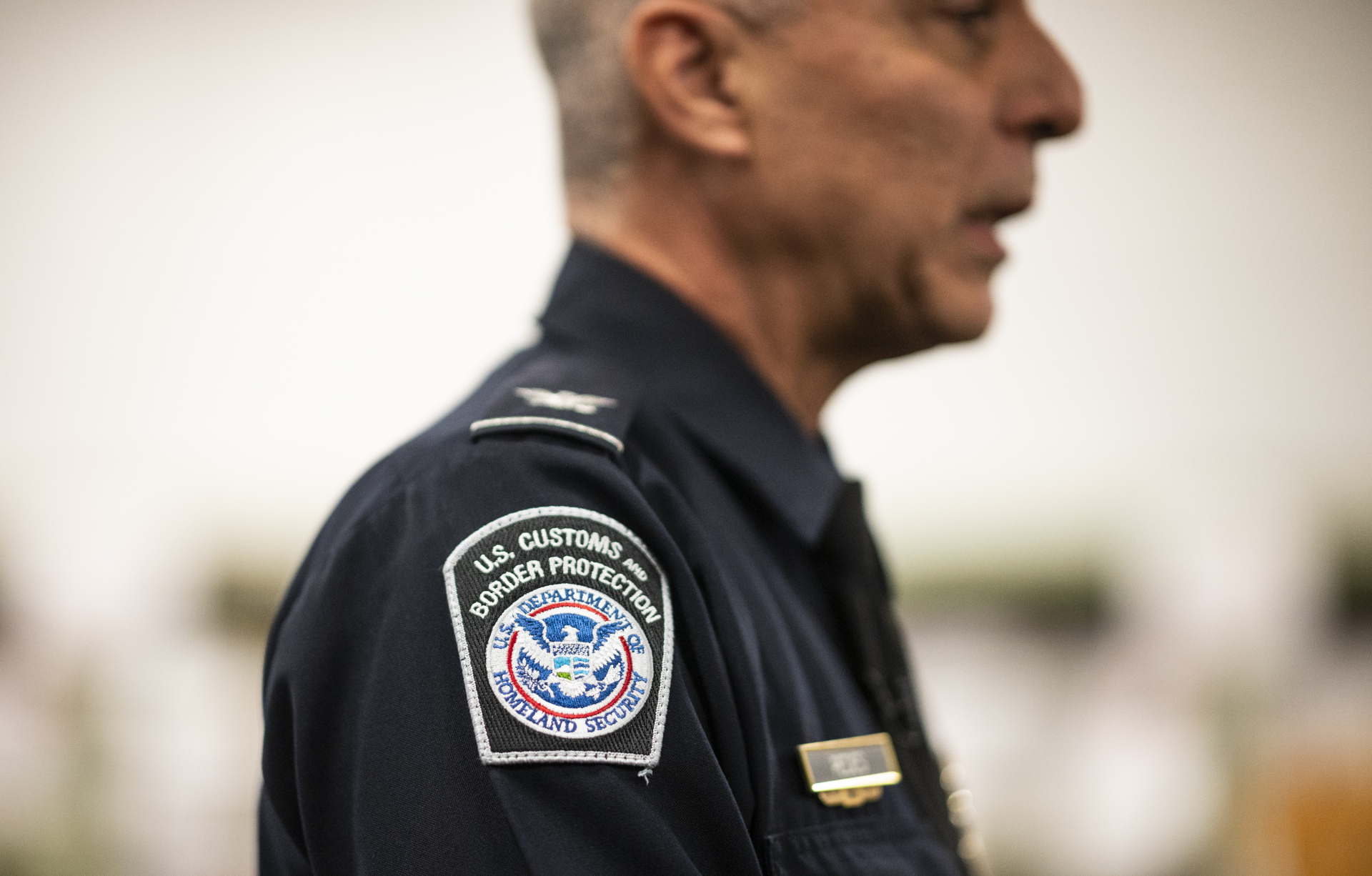 A Customs and Border Protection officer is pictured on June 24, 2019, in New York ( AFP / Johannes Eisele)

Social media posts claim US President Joe Biden's administration is leaving the country's southern border exposed by asking guards protecting it to deploy to Europe to assist Americans fleeing Ukraine. But US Customs and Border Protection (CBP) says the claim incorrectly conflates different branches of the agency, and that the personnel in question are not primarily tasked with guarding against illegal border crossings and smuggling.

"This person and his WHOLE administration is bound and determined to flood the USA with criminals and terrorists through our borders. Send the US Border Patrol to Europe? what the hell did he send the 3000 Army there for," says a February 27, 2022 Facebook post, referring to the deployment of US troops to Europe during the Ukraine crisis. 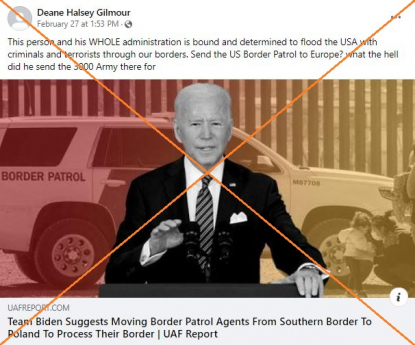 Biden has come under fire for his immigration policies from Democrats and Republicans alike, with some on the left expressing disappointment that the president's promises, such as lifting measures adopted under his predecessor Donald Trump, have not materialized, while critics on the right accuse him of not doing enough to stop illegal border crossing.

Similar claims appeared on Facebook here and here, and in a YouTube video here that has been viewed more than 115,000 times. The claims appear to stem from an article on Just the News. The website says CBP's Office of Field Operations (OFO) asked for volunteers for temporary duty in Poland to assist with the possible evacuation of American citizens and others from Ukraine, which Russia invaded in late February.

While various social media posts referred to Border Patrol personnel going to Europe, CBP said the office has been incorrectly conflated with OFO, which frequently solicits volunteers in anticipation of requests for assistance.

OFO largely deals with lawful travel at ports of entry -- such as Americans citizens leaving Ukraine -- while Border Patrol deals with irregular migration between the ports of entry, the agency said.

CBP's website says the OFO is "responsible for border security -- including anti-terrorism, immigration, anti-smuggling, trade compliance, and agriculture protection -- while simultaneously facilitating the lawful trade and travel at US ports of entry."

The "traditional mission" of the United States Border Patrol, by contrast, "is to enforce immigration laws and to detect, interdict and apprehend those who attempt to illegally enter or smuggle people or contraband across US borders between official ports of entry."

All articles
Ukraine conflict US POLITICS