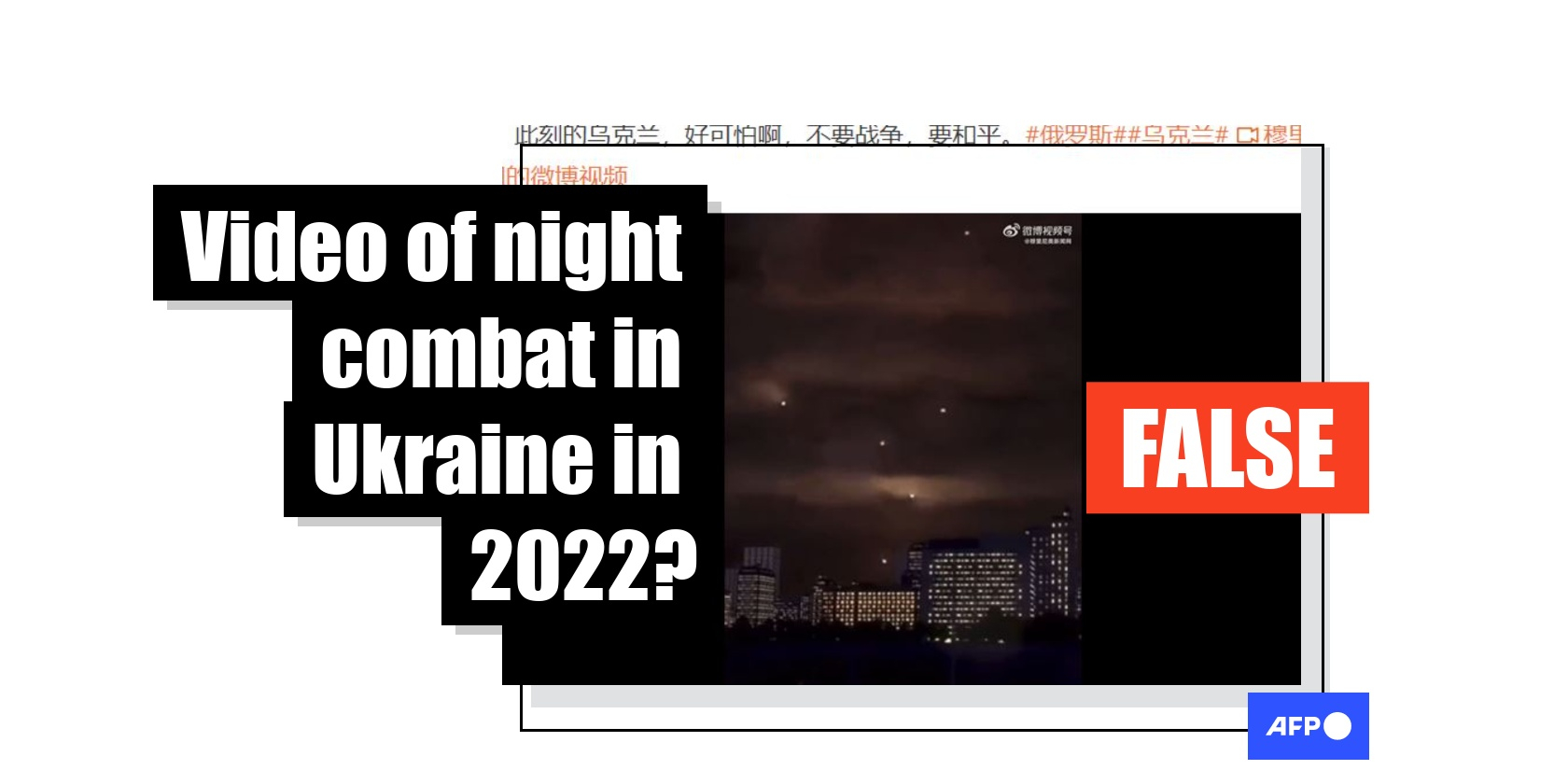 A video has been viewed tens of thousands of times across social media platforms alongside a claim it shows missiles over Ukraine after Russian forces invaded on February 24. But the video has been shared in a false context: it shows digitally animated footage from the video game War Thunder that circulated online months before Russia's invasion of Ukraine.

"OMG, Ukraine at this moment, so terrible, we want no war but peace," reads this February 24, 2022 Weibo post in simplified Chinese-language.

The video in the post has been viewed more than 15,000 times.

It appears to show missiles fired into the sky.

The sound of an air raid siren can be heard in the background. 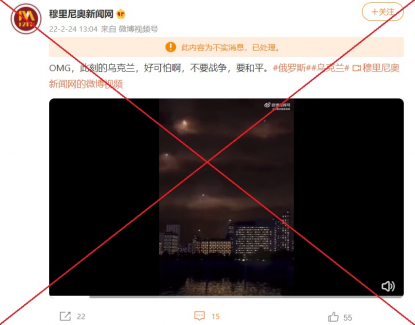 Russia shelled the Ukrainian city of Kharkiv as it pressed on with its invasion on March 1, defying mounting global pressure.

Russian forces continued to target residential areas in Ukraine after first talks since the war started failed to secure a breakthrough.

More than 350 civilians, including 14 children, have been killed during the invasion, Ukraine says, while more than half a million people have fled the country.

"Ukrainians must be shivering at home at the moment," one commented.

"Why does Russia and Ukraine have to fight like that," another said.

However, the video predates the 2022 conflict in Ukraine.

Keyword searches found a longer version of the same video published by a YouTube user called Pandramodo on December 15, 2021.

The YouTube video is titled, "The Iron Dome in War Thunder #shorts".

Below is a screenshot comparison of the video shared in the false posts (L) and the video uploaded by Pandramodo (R):

Contacted by AFP, the YouTube user Pandramodo said that the video "has nothing to do with" the recent conflict in Ukraine.

"The 'missiles', as you saw, are done in a 3D rendering program. The scenery was taken from the game itself," he told AFP.

"The siren [heard in the background] is the one that usually sounds in Israeli cities in the event of an attack."

Pandramodo later posted this video on February 25 on his YouTube channel, which shows a CGI breakdown for the footage shared in the false posts.