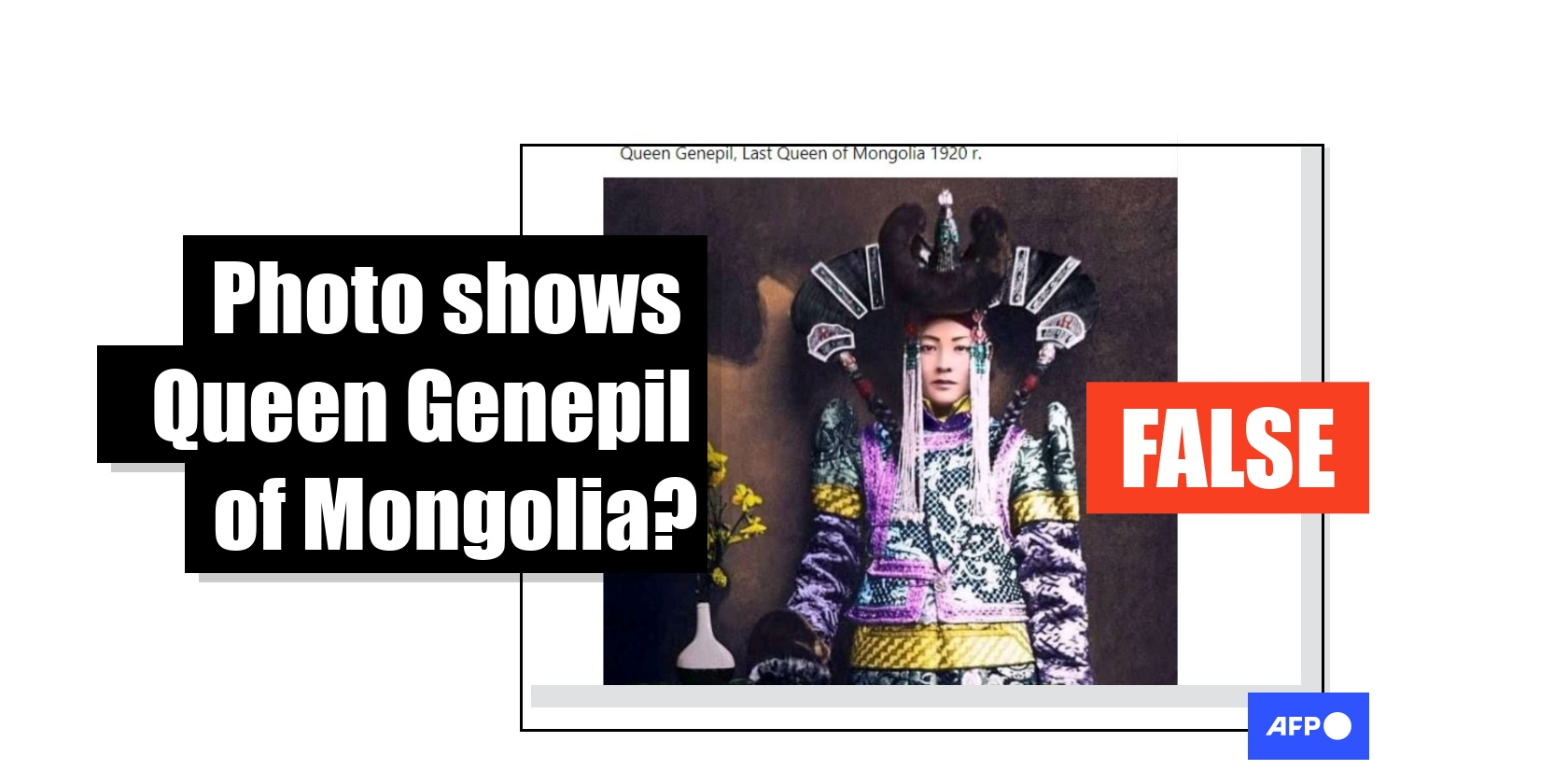 This photo does not show Mongolian Queen Genepil

Social media posts shared hundreds of times claim a portrait of a lavishly dressed woman is Queen Genepil, the last queen consort of Mongolia. However, the claim is false; historians and archivists told AFP there was no evidence the photo showed Genepil.

"Queen Genepil, Last Queen of Mongolia 1920 r.", reads this post shared in a Facebook group about history and archaeology with more than 299,000 members.

It shows a colourised photo of a woman wearing a lavish headdress and garment. 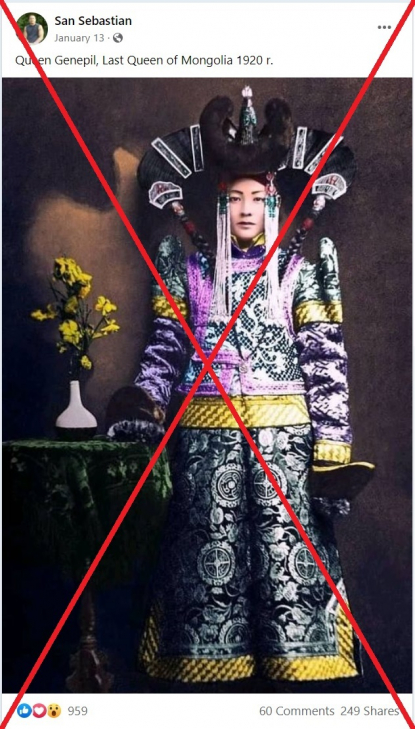 Genepil, born in 1905, was the second wife of Bogd Khan, who ruled Mongolia and proclaimed the country's independence from China in 1911.

She was reportedly killed in 1938 during Stalinist repressions in Mongolia from 1937 to 1939.

The same purported photo of Queen Genepil was also posted on Facebook here and Twitter here, where it has been retweeted more than 300 times.

It also circulated in similar claims in Thai here, and Mongolian here.

The black-and-white copy of the photo was also uploaded to the Wikipedia entry about Genepil in Mongolian and in Thai.

A reverse image search followed by keyword searches found the photo was published in the British Library's archives. The image in the collection appears in black and white.

The collection is titled "Images of noblemen and noblewomen of early 20th century [1910s-1920s]", and the entry states the photos are from Mongolia.

Below is a screenshot from the British Library website: 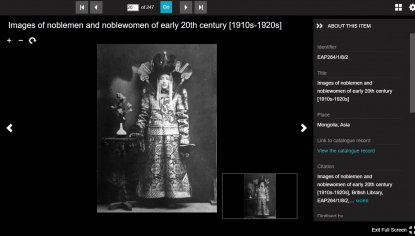 Below is a screenshot comparison of the image in the misleading post and the genuine photo in the British Library archives: 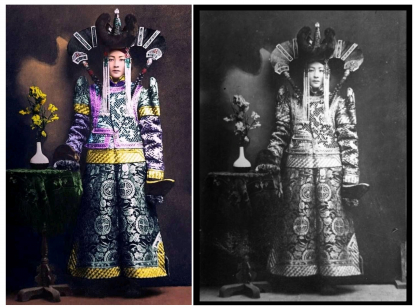 Nicole Ioffredi, print room coordinator cataloguer at the British Library's Visual Arts Department, said there was no evidence to suggest the woman in the photo was Genepil.

"I have had a search through our catalogue and have not located any photographs in the British Library’s collection associated to Queen Genepil," she told AFP on February 21, 2022.

It was unlikely that Genepil would have worn the headdress with "horns" like the ones in the image, according to Christopher Atwood, professor of Mongolian history at the University of Pennsylvania and author of Encyclopedia of Mongolia and the Mongol Empire.

"[Since] the Bogd was a lama (high cleric) he could have a consort, but he couldn’t legally marry. Thus his consort could not wear the 'horns' worn by married ladies in pre-revolutionary Mongolia," he told AFP.

Atwood explained that Genepil was queen for less than a year, until Bogd Khan died in May 1924, after falling ill in the previous winter.

"To my knowledge I have not seen any photos of the Bogd’s last consort Genepil," he added.

Similarly, Otgonbayar Yondon, a former Mongolian ambassador to the United States and history enthusiast, told AFP that the image is unlikely to show Queen Genepil.

"I believe that the photo is not of [Queen Genepil]," he said. "The photo is of a married woman as her hair style shows. Bogd was not allowed to marry officially," he said.

Yingbai Fu, a PhD student in history of art and archaeology at the SOAS University of London, confirmed there was no evidence to suggest the picture showed Genepil.

"I have not found any photos of Genepil from a credible source," she said.