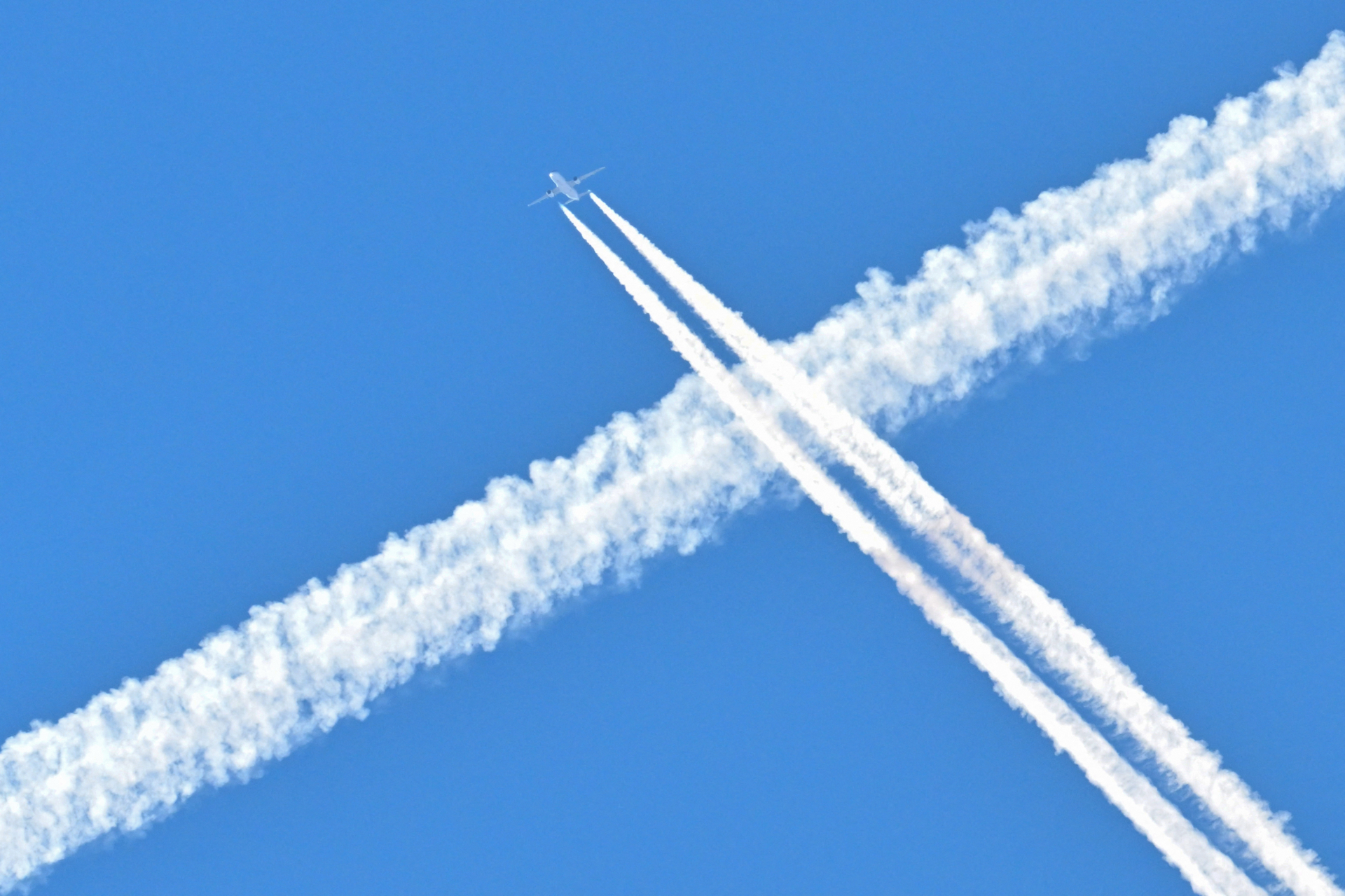 Condensation trails of airplanes are seen in the sky above the ski resort of Zauchensee, Austria, on January 15, 2022. ( AFP / Joe Klamar)

Social media posts claim white trails that linger in the sky after a passing plane are "chemical trails" that spread Covid-19. However, the claim is false. These white trails are condensation trails, which do not cause harm to humans, while experts have debunked conspiracy theories about "chemtrails". There is scientific consensus that Covid-19 is caused by the virus SARS-CoV-2.

"Chemtrails everywhere! More covid on the way," reads a Facebook post shared on February 12, 2022. It shows two photos of white streaks in the sky. 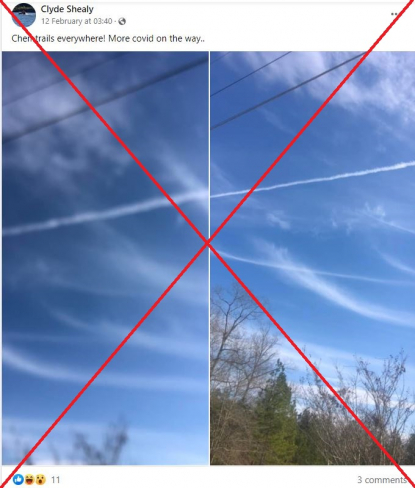 It also circulated here and here in Indonesian.

The "chemtrails" conspiracy theory alleges that white streaks in the sky left from aircraft are toxic chemicals or biological weapons used as part of secret government programmes. Experts have said there is no evidence to support this claim.

The size of the trails and how long they linger in the sky depends on temperature and pressure, she said.

"Planes have cruising altitudes of around 7,000 to 8,000 metres," a representative for the French Civil Aviation Authority (DGAC) told AFP.

At this altitude, with "a relatively high level of humidity, typically around 70%, and temperatures below -35 Celsius", it is normal for "the classic physical phenomenon of condensation" to produce white streaks in the sky.

These contrails are made of water molecules that are mostly already present in the air and whose transformation has been caused by the passage of the plane, he explained.

"The trail remains for a long time if the condensation is trapped in a layer of the atmosphere with higher humidity," Canonici said.

"If it disappears quickly, it means the plane is in a dry zone" where the air masses circulate and disperse the water vapour, he added.

The Indonesian Meteorological, Climatological and Geophysical Agency (BMKG) explained that the phenomenon seen in social media posts was contrails, not chemtrails.

"Contrails are not harmful to humans, animals and plants," it said in an Instagram post on February 19, 2022, adding that "because the altitude is so high, ice crystals from contrails will evaporate long before they reach the ground."

The UK Department of Transport said that there was no evidence that contrails cause health problems.

"At the altitude that contrails are produced, the oxides of nitrogen and particulate matter which can cause respiratory problems become dispersed," it said on its website.

There is a scientific consensus that Covid-19 is a disease caused by the virus SARS-CoV-2.