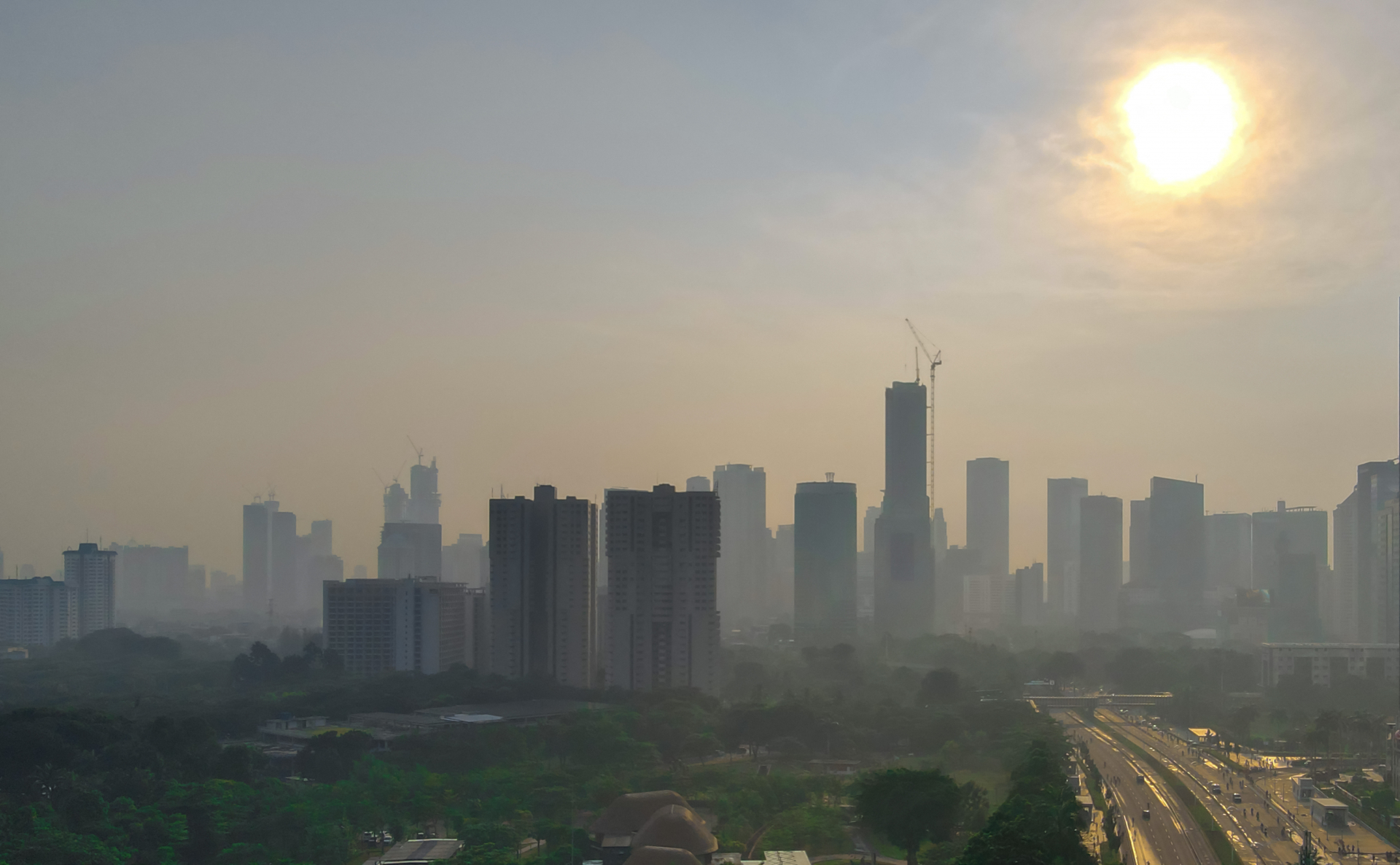 A video of an Indonesian podcaster who has organised anti-vaccine rallies claiming the Covid-19 pandemic is caused by air pollution has been viewed hundreds of thousands of times in multiple social media posts. However, the claim is false; although the Indonesian government has come under fire from residents for toxic levels of air pollution in the capital Jakarta, health experts told AFP Covid-19 is a disease caused by the SARS-CoV-2 virus.

The video was posted here on Facebook on February 6, 2022.

The footage, which has been viewed more than 18,000 times, shows Indonesian podcaster Ali Ridho Assegaf, popularly known as Babeh Aldo, who has staged anti-vaccine protests in Jakarta. 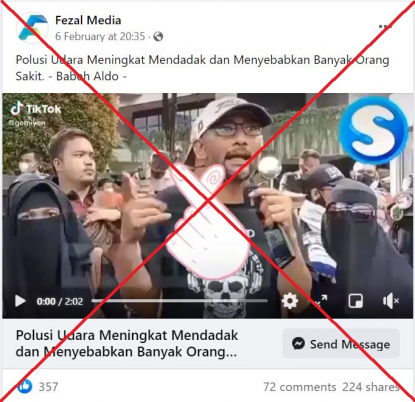 In the video, Babeh Aldo says: "We suspect this pandemic is an air pollution pandemic. When the government said there would be an Omicron wave, we investigated and found the air pollution levels were rising. So you see, people in several big cities suddenly got sick."

The number of Covid-19 cases in Indonesia has been increasing in the past weeks as the country is recording a surge of Omicron cases.

The same video has been viewed more than 423,000 times after it was also posted on Facebook here, on YouTube here , on TikTok here and here, and on Twitter here.

There is a scientific consensus that Covid-19 is a disease caused by the virus SARs-CoV-2.

Experts have rubbished the claim that the pandemic is caused by air pollution.

"WHO and many research studies have indicated clearly that the cause of Covid-19 is SARS-CoV-2 virus," said Teerachai Amnuaylojaroen, an assistant professor at the School of Energy and Environment at the University of Phayao, in northern Thailand.

However, according to a study co-authored by Teerachai, air pollutants have been shown to increase the mortality rate of Covid-19 in different countries.

Diseases caused by air pollution, weather and chemical substances are not infectious, said Hermawan Saputra, an expert at the Indonesian Public Health Association, adding that an outbreak is caused by "something like viruses, bacteria, protozoa and worms."

As of February 14, 2022, the WHO data shows that Covid-19 has infected more than 410 million people worldwide and caused more than 5.8 million deaths.

Meanwhile, Indonesia has recorded more than 4.8 million confirmed cases and more than 145,000 deaths.