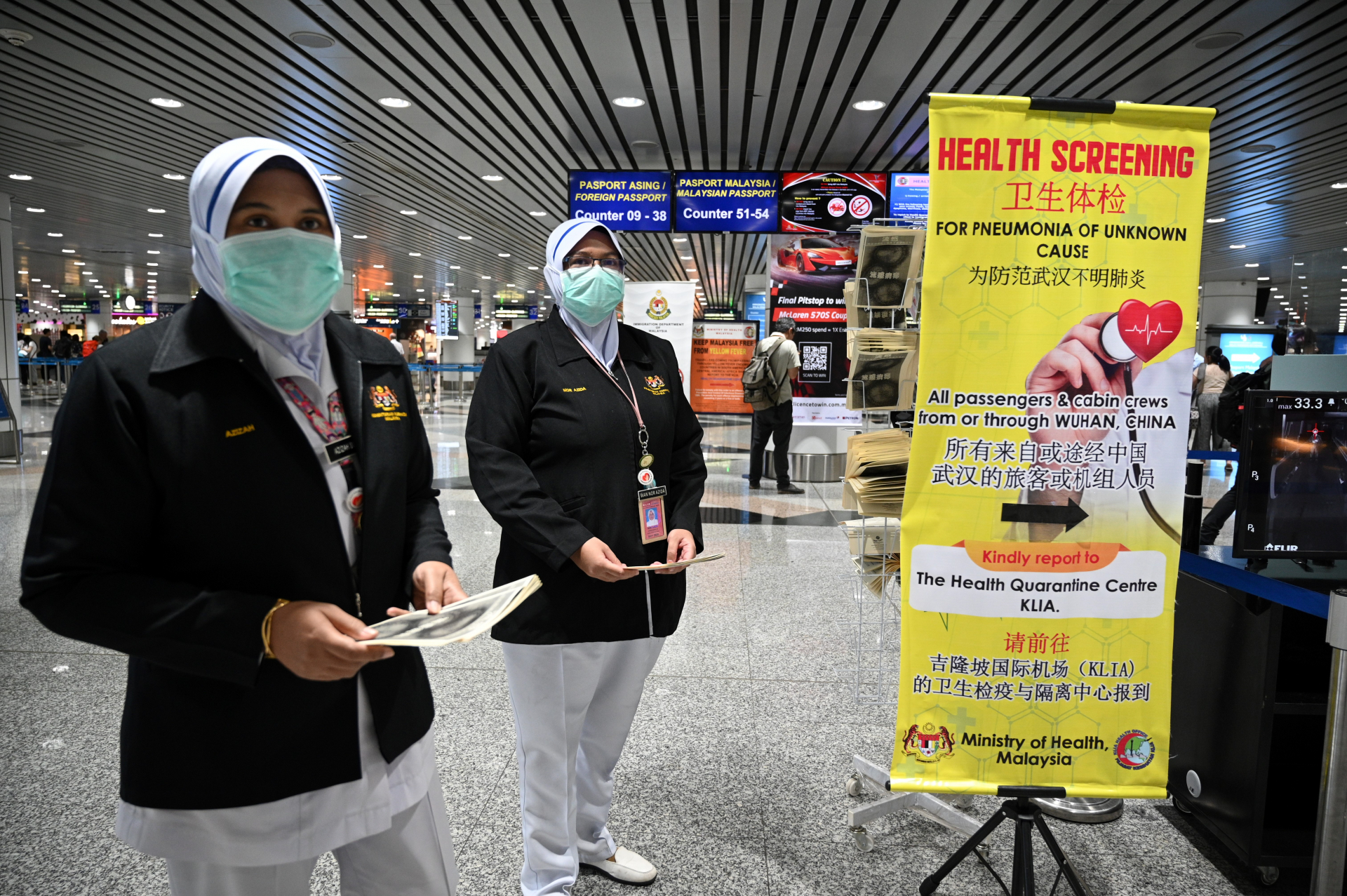 Facebook posts claim that the coronavirus spreading in China was created by the US Centers for Disease Control and Prevention (CDC) in 2015, offering a real patent as proof. This is false; the CDC did register a patent, but in an effort to combat a different strain than the one that caused the outbreak that started in the city of Wuhan.

A Facebook post from January 21 claims that the coronavirus recently discovered in China was “lab created and patented in 2015” by the CDC, the leading US public health agency. The original post, which was shared more than 4,000 times and spread further via copycat posts, presents a CDC patent for a coronavirus genome sequence as evidence that it is trying to profit from the epidemic. 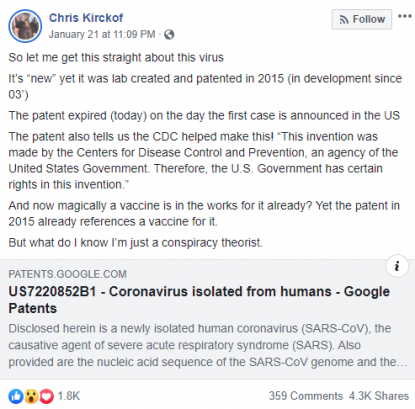 However, these posts are misleading. The original appears to be based on the assumption that there is only one coronavirus. But coronaviruses are a family of viruses that infect humans and animals that can cause pneumonia, kidney failure and even death. 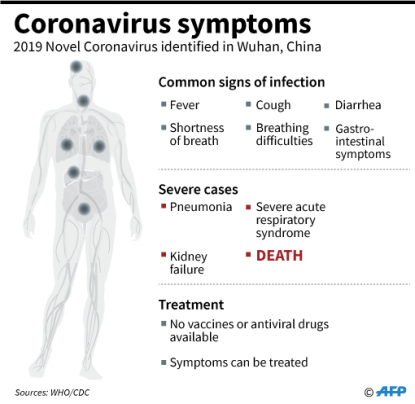 The patent mentioned in the false post is for the genome sequence of the coronavirus that emerged in China’s Guangdong province in 2002-2003, known as the SARS coronavirus (SARS-CoV). That virus led to a Severe Acute Respiratory Syndrome epidemic that affected more than 8,000 people in 30 countries, killing 900 people, according to the World Health Organization (WHO). 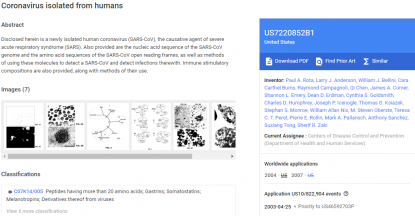 Screenshot of a CDC-owned patent on Google Patents taken on January 23, 2020

“This is a patent covering the sequence of the 2003 SARS-CoV which differs by 25 percent as compared to the Wuhan CoV,” Ralph Baric, a specialist in coronaviruses at the University of North Carolina’s Gillings School of Global Public Health, told AFP in an email.

Chinese authorities also declared on January 5 that the viral pneumonia outbreak that began in Wuhan, officially known as the 2019 Novel Coronavirus (2019-nCoV), was not the flu-like virus SARS.

The sequence for the Wuhan virus was released in January 2020 by the Shanghai Public Health Clinical Center & School of Public Health on GenBank, an open access database for nucleotide sequences.

The respiratory disease caused by this new virus has led to the deaths of at least 26, leading China to quarantine 41 million people. The new virus has caused alarm due to its close resemblance to SARS from the 2002-2003 epidemic. However, the WHO declared on Thursday, January 23, that it was not a global health emergency.

As the agency in charge of developing and communicating about vaccines in the US, the CDC is frequently the target of disinformation, including the false claim that it had confessed to infecting 98 million Americans with cancer.