A video of a flooded runway has been viewed tens of thousands of times in multiple posts on Facebook, YouTube and Instagram alongside a claim it shows an airport in the south Indian city of Hyderabad after the city experienced heavy rains in October 2020. The claim is false; this clip has circulated in reports since 2017 about flooding at Mexico City International Airport in August that year. 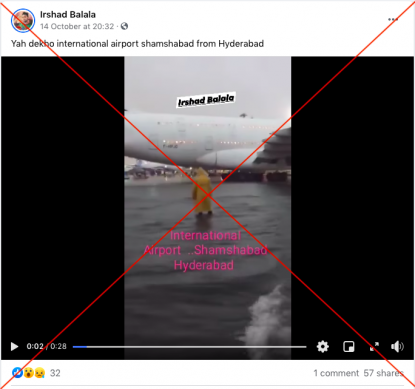 The text overlay on the video reads: “International Airport, Shamshabad, Hyderabad”. The post's caption reads: “This is the international airport of Hyderabad”.

It was also shared in a misleading context by several Hyderabad-based media outlets on YouTube, including Spot News Channel here and Journalist Report here.

Part of the Spanish tweet translates to English as: “So this is Mexico City International Airport this afternoon, service is suspended from 18:40 hours.”

Below is a screenshot comparison of the video in a misleading post (L) and the Twitter video (R): 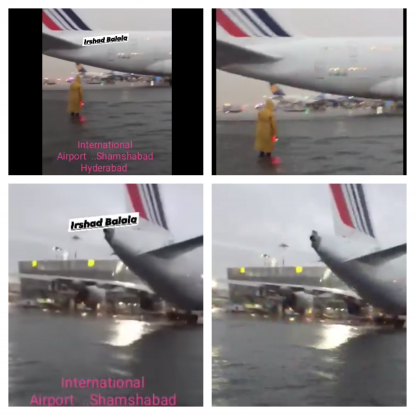 Mexico City International Airport also published this tweet on the same day which reads: “For safety and due to weather conditions, landing and take-off operations are temporarily suspended.”

The suspension of services at the airport was also reported by other local media, including the online magazine Chilango here and Newsweek Mexico here.

Titled “Fake video alert”, the tweet reads: "It has been noticed many fake videos of water logging at RGIA are in circulation. Please be informed that operations at your airport are normal. Your airport is  #SafeToFly and you can reach out to our information desk at any given time or text us on our social media platforms for assistance.”