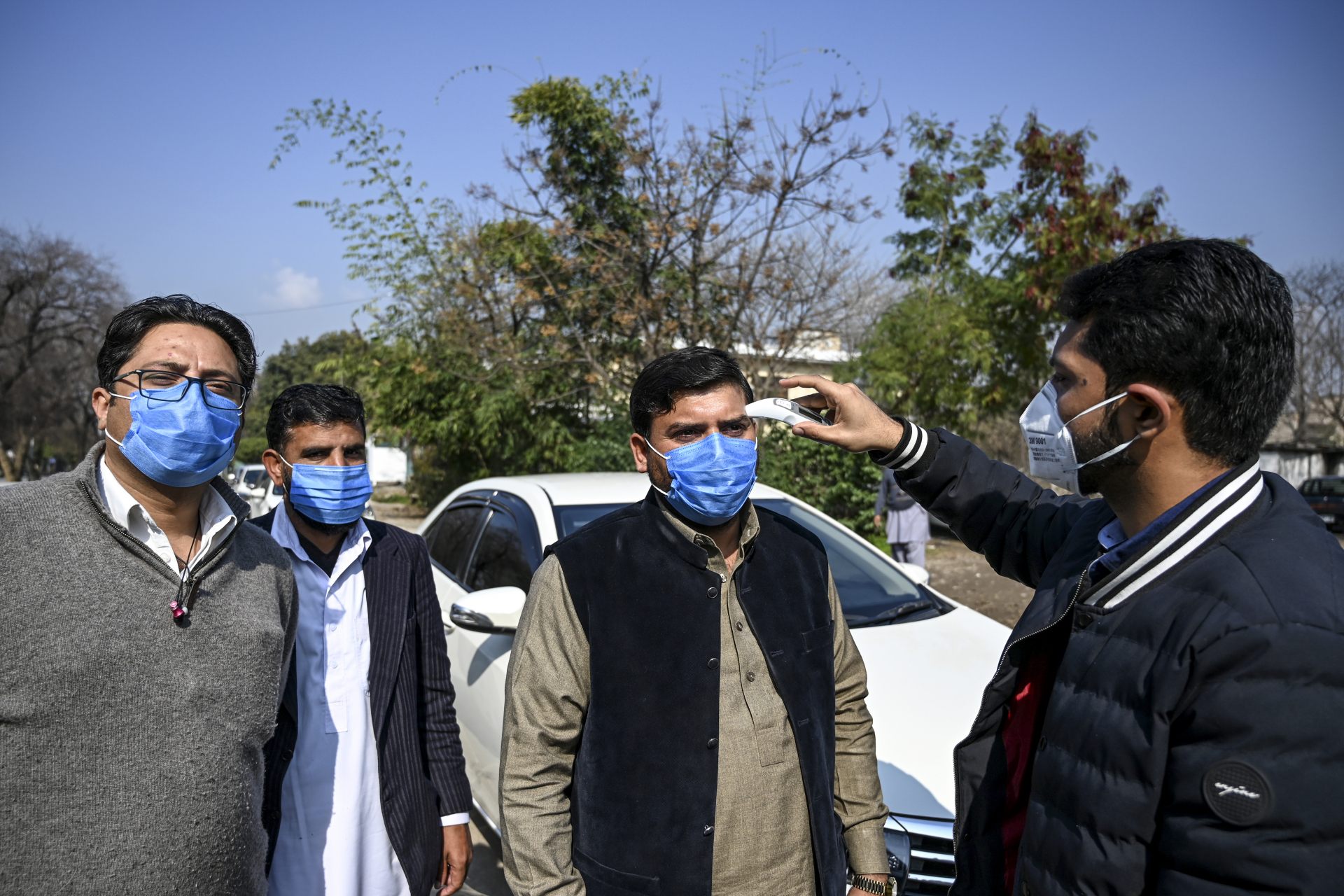 An official of Pakistan-based Chinese company (R) uses a thermo gun to check the temperature of the company's drivers, in Islamabad on January 30, 2020, after instructions from Pakistani authorities to take preventive measures against the coronavirus. (AFP / Aamir Qureshi)

An image has been shared thousands of times in multiple posts on Facebook claiming Punjab province in Pakistan issued a warning against eating goat meat for 60 days following a coronavirus outbreak in the livestock. The claim is false; the Punjab Food Authority issued a statement denying such warnings had been issued, and a spokesperson at the Pakistan’s National Institute of Health told AFP there was no evidence that the novel coronavirus was spreading among livestock in the country.

The image was published here on Facebook on January 28, 2020. It shows a photo of a goat and bears the logo of the Punjab Food Authority in a banner across the bottom. 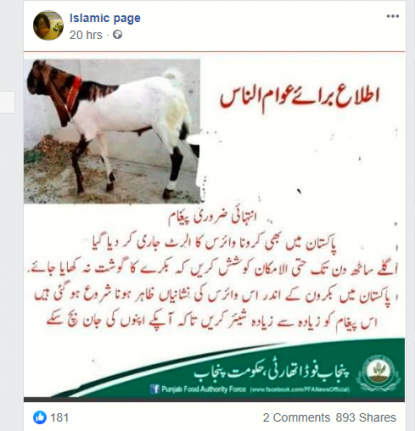 The Urdu-language text in the image translates to English as: “Very urgent message. In Pakistan too, coronavirus alert has been issued. For the next 60 days try your utmost to not eat goat meat. In Pakistan signs of this virus have started appearing in goats. Share this message as much as you can so that the life of your own people could be saved.”

A new strain of coronavirus, believed to have originated from a wildlife market in the central Chinese city of Wuhan, has killed at least 213 people in China and infected almost ten thousand others according to this AFP report published on January 31, 2020.

Doctors have identified cases in at least a dozen other countries, as reported here by AFP, but Pakistan is not among those with a confirmed case.

This claim is false; the Punjab Food Authority issued a statement on its Facebook page on January 29, 2020, labelling the image “fake”. 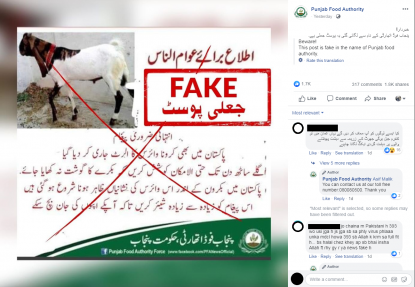 Wasif Malik, a doctor under the Field Epidemiology & Disease Surveillance Division of Pakistan’s National Institute of Health, the lead organisation monitoring the novel coronavirus outbreak for the country, told AFP by phone on January 29, 2019 that there was no evidence the virus was spreading among goats.

“So far we know that the virus was present in bats and snakes in China and all scientists agree with it, but there is no evidence of coronavirus presence in other animals,” Malik said.

“In Pakistan no animal has been reported to carry the virus, so people can consume goat meat without any concern.”