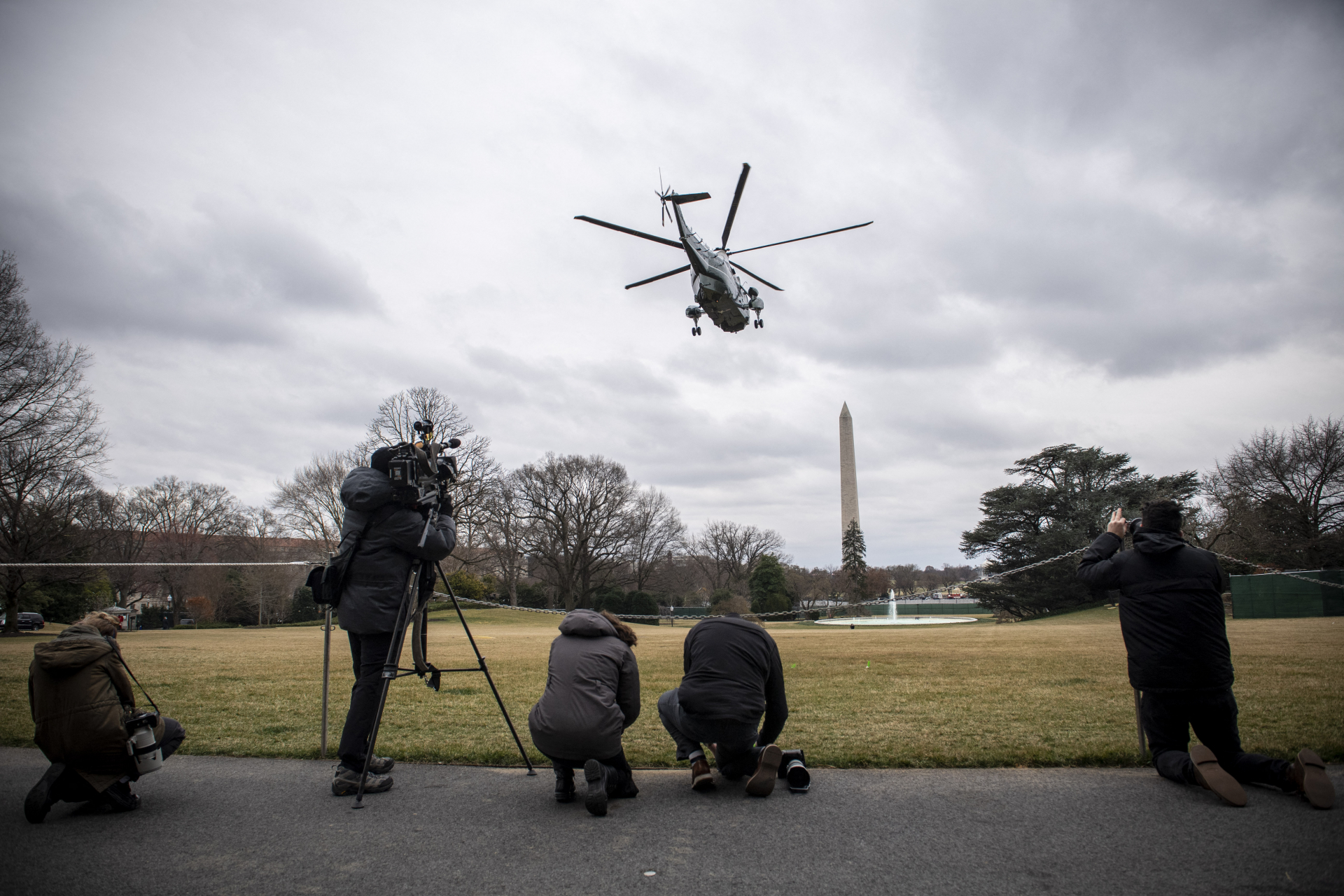 Photographers take pictures as US President Joe Biden flies out on Marine One from the White House for Pennsylvania to promote his Covid-19 relief plan on March 16, 2021 (AFP / Eric Baradat)

Biden did not fake comments to reporters on White House lawn

Joe Biden’s delay in holding a news conference has spurred criticism online, with some social media users claiming the US president staged an on-camera exchange with reporters. This is false; Biden did take questions from journalists at the White House on March 16, 2021, other footage and AFP journalists who were present confirmed.

The video shows the president walking toward reporters on the White House lawn, until one of his hands appears to go through a microphone, which some viewers interpreted as proof that reporters were not actually present.

“Biden is the most transparent president is history, he’s so transparent that he can move through physical objects,” one of them commented.

The YouTube user who uploaded the video wrote in his description that the footage “proves the reporters were not there.” 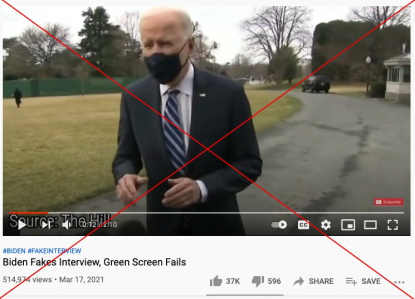 Speculation that the interaction between Biden and reporters was faked seems to have begun on Twitter on March 17, 2021 after users said that footage published by ABC News and The Hill appeared suspicious. 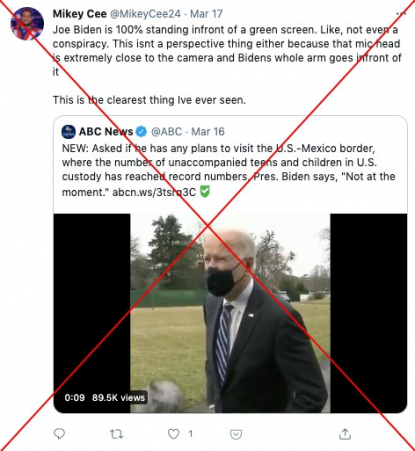 However, the interpretation of the video is wrong.

The interaction between Biden and reporters took place on the White House lawn on March 16, just before he boarded Marine One for a flight to Pennsylvania to promote his Covid-19 relief plan.

Steve Herman, the White House correspondent for Voice of America, was the one holding the large fuzzy gray microphone that Biden’s hand appears to go through. On Twitter, he shut down the claims as “nonsense.”

I was the one holding the lighter-colored fuzzy microphone and thus literally in front of @POTUS on the South Lawn. It's all real. Who actually believes this 'faked moon landing' type nonsense and more importantly who is spreading it? https://t.co/9V3t0oqDz6

Eric Baradat, AFP’s photo editor for North America, was among the media alongside Sebastian Smith, an AFP White House correspondent.

“He walked out of the Oval Office and walked towards the small group of reporters,” Baradat told AFP by phone.

After answering a couple of questions, “he walked towards Marine One, did a military salute to the Marine standing at the bottom of the stairs, and boarded the helicopter. Nothing extraordinary.”

Baradat took several pictures of the president at the time, including the two below. 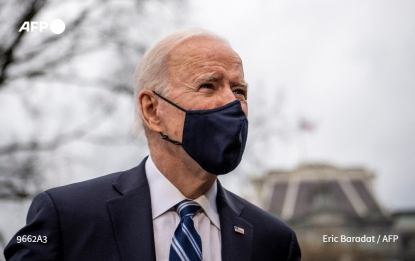 US President Joe Biden walks to board Marine One as he leaves the White House for Pennsylvania to promote his Covid-19 relief plan on March 16, 2021 (AFP / ERIC BARADAT) 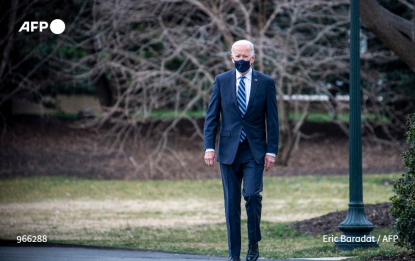 US President Joe Biden walks to board Marine One as he leaves the White House for Pennsylvania to promote his Covid-19 relief plan on March 16, 2021 (AFP / ERIC BARADAT)

Another photo, by Getty Images, shows the president and the microphones in the same frame.

Other media organizations reported on the brief exchange, in which the president said he did not currently plan on going to the US southern border where migrant arrivals have surged, and that he would soon reveal which countries would receive surplus US Covid-19 vaccines.

A video of the exchange published on C-SPAN shows that the president’s hand is likely to have been between the microphone and the camera. The impression that Biden’s hand went through a microphone may be an optical illusion linked to image distortion, as this Twitter user suggested.

In a break with precedent, Biden is not scheduled to hold his first formal news conference until March 25, more than two months after he took office. This absence has led to criticism from various media outlets as well as some conservatives, and prompted online conspiracy theories.

He does take a small number of questions at daily events, and his Press Secretary Jen Psaki gives a lengthy briefing to the press each day.