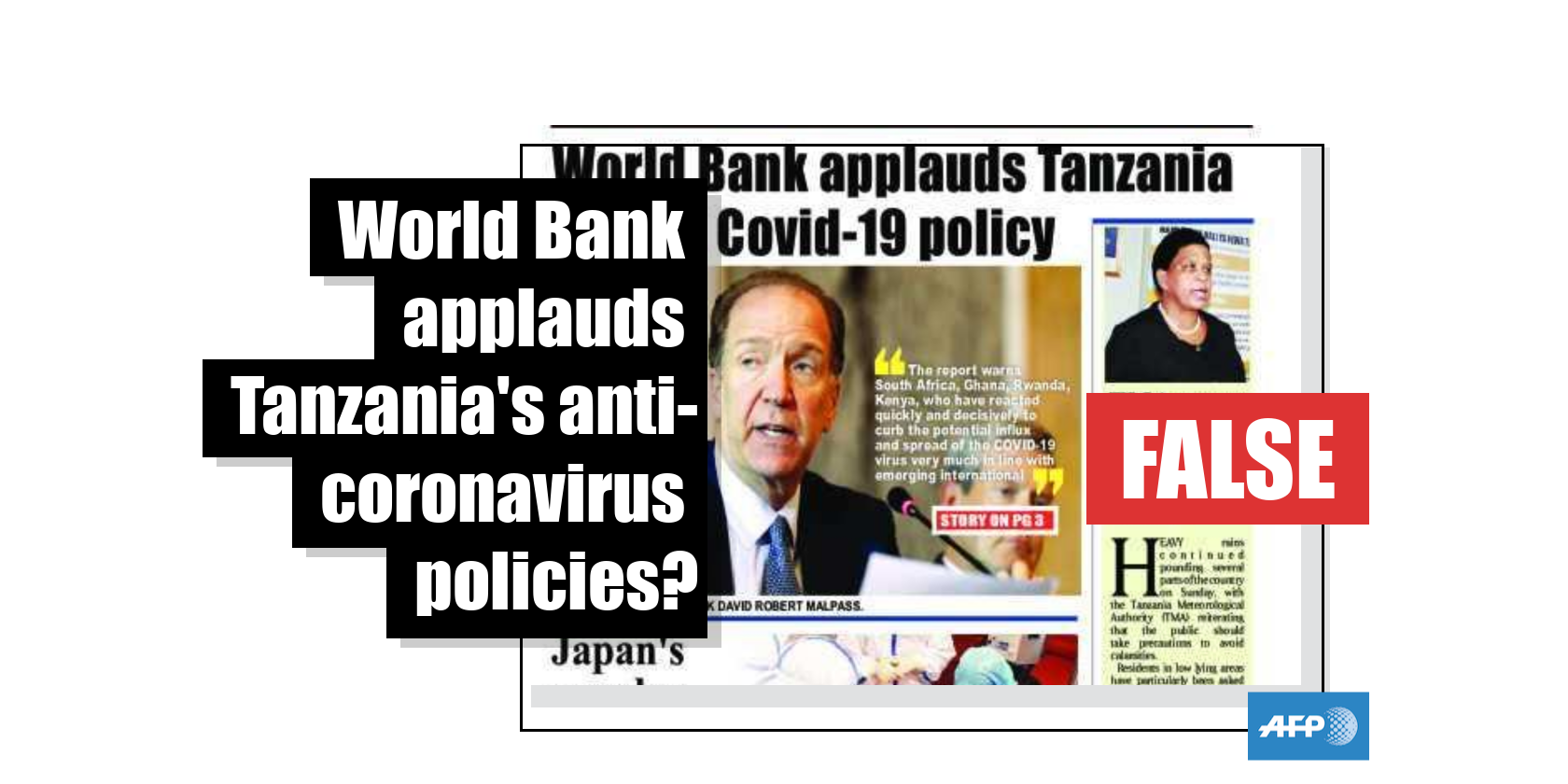 The World Bank did not praise Tanzania’s anti-coronavirus policies

Articles claiming the World Bank has applauded Tanzania’s anti-coronavirus policies have been widely shared, with one attracting thousands of interactions on Facebook. The publications claim the East African country was singled out for praise in a report for implementing “unique policies” in the fight against the novel coronavirus. But the report does not include any such mention and the World Bank has denied specifically highlighting Tanzania’s COVID-19 response.

It alleges that the World Bank "commended Tanzania as one of the best examples for its strategic approaches that considers the best of its political economy and well-being of the society", in the latest version of its biannual Africa's Pulse report.

Red Pepper’s article attracted over 5,000 interactions on Facebook, according to the social media monitoring tool CrowdTangle. 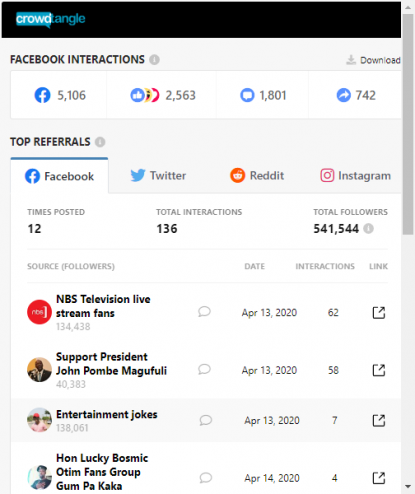 Screenshot of CrowdTangle data on the Red Pepper article, taken on April 20, 2020

The articles, which also made reference to the Africa’s Pulse report, claimed Tanzania was recognised for implementing unique policies to cushion the economy instead of copy-pasting what countries in the West were doing. 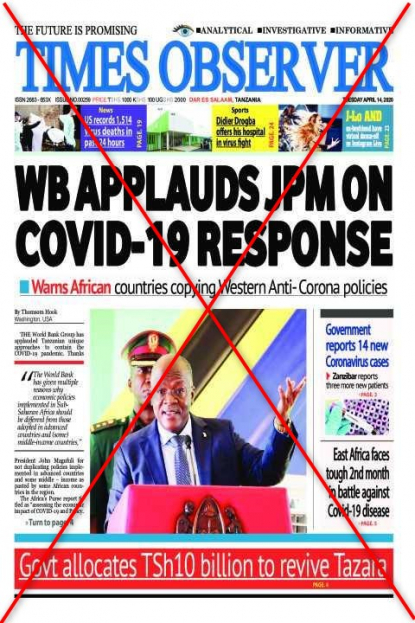 Screenshot of the frontpage of Times Observer newspaper, taken on April 20, 2020 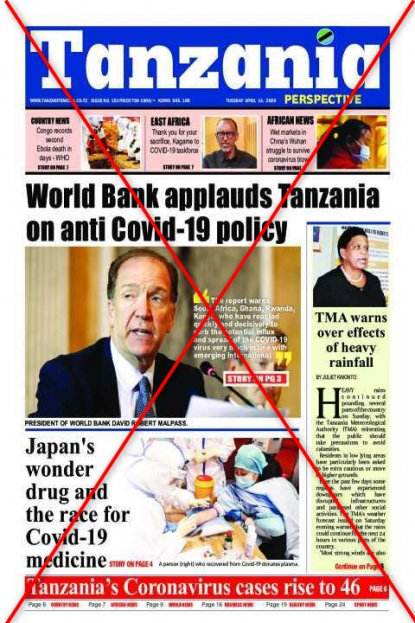 Screenshot of the frontpage of Tanzania Perspective newspaper, taken on April 20, 2020

The claim has also been shared in Facebook posts here and here.

While countries across Africa have taken stringent measures to fight COVID-19  such as curfews and partial or full lockdowns, Tanzania has  taken a lighter approach.

While schools have been closed and sports events scraped, Tanzania’s president has encouraged gathering in places of worship, as reported by AFP.

“This is (the) time to build our faith and continue praying to God and not depending on face masks. Don't stop going to churches and mosques for prayers. I'm sure this is just a change of wind and it will go like others have gone," Magufuli said last month during a church service in Dodoma. He later reiterated this message during a Good Friday address.

As Magufuli continues to encourage citizens to go on with most of their normal activities to sustain the economy, opposition leaders have criticised him for not taking a stricter stance in curbing the global pandemic.

AFP reviewed the World Bank’s Africa’s Pulse report and did not find any specific praise for Tanzania’s COVID-19 response.

Africa’s Pulse is a biannual publication containing an analysis of the near-term macroeconomic outlook for the region.

In a statement, the World Bank unequivocally denied singling out Tanzania’s policy in its assessment of the economic impact of COVID-19 and policy responses in Sub-Saharan Africa.

“Our attention has been drawn to news articles currently circulating in Tanzania and on various other websites regarding the World Bank’s recent economic update for Sub-Saharan Africa. On Thursday, April 9, the World Bank launched Africa’s Pulse, its regional economic update, in which the institution highlighted the significant impacts of the COVID-19 crisis on the region’s economy and on the welfare of citizens, and offered recommendations on the appropriate actions that governments may need to consider,” the statement said.

“In this report, the World Bank does not make specific mention or assessment of Tanzania’s COVID-19 response.”

The report recommends that African countries should customise their COVID-19 responses to fit the structural features of their economies. For instance, it warns that actions such as strict confinement might not work effectively in economies that heavily rely on the informal sector -- where the majority of the population needs to work every day to sustain their livelihoods.