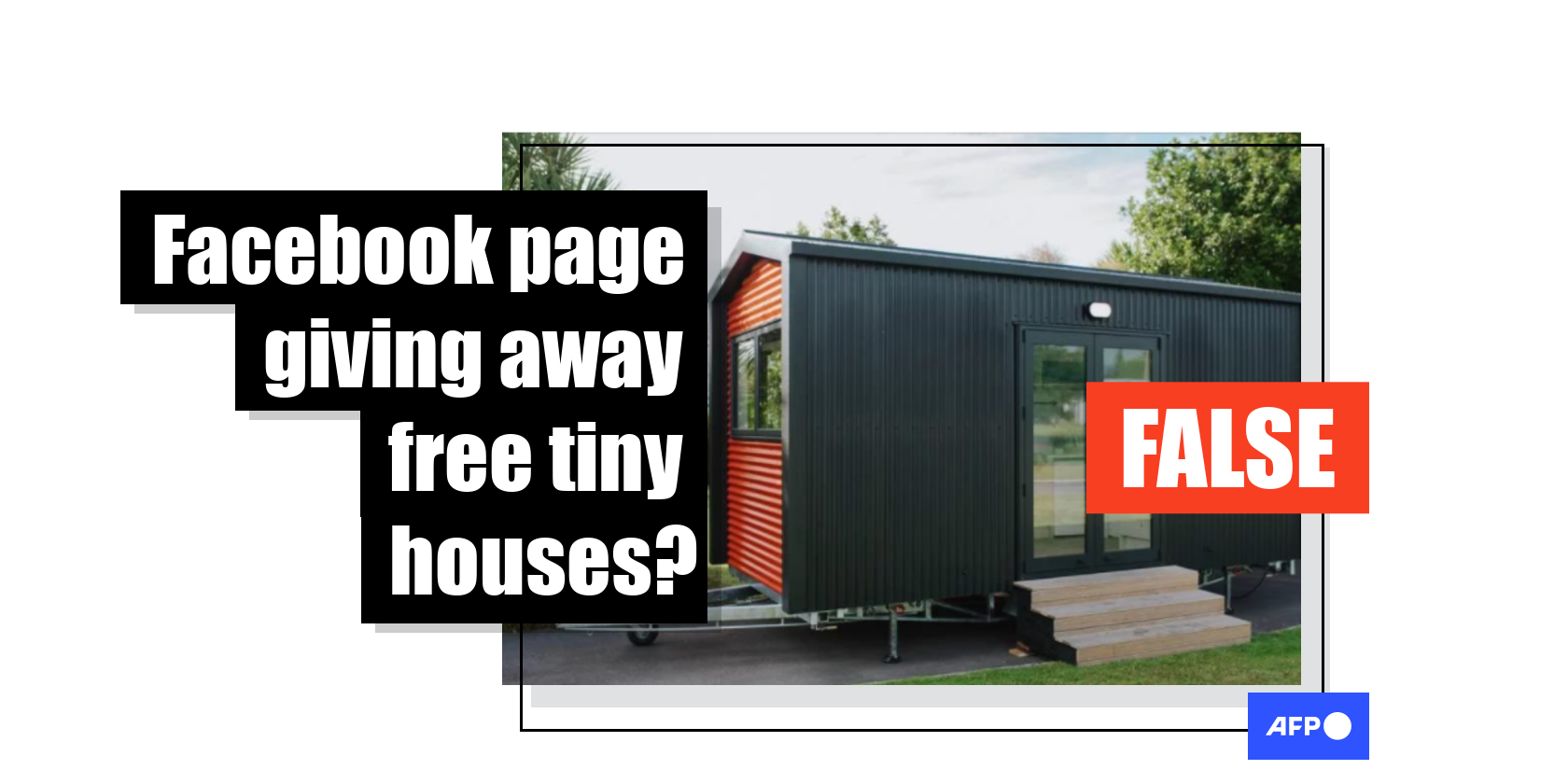 Multiple posts shared thousands of times on Facebook in New Zealand and South Africa claim to be giving away free tiny houses and motorhomes. However, this is a scam. The group running the promotions has been using images from tiny house builders without permission, as well as lifting other old images from the internet. These companies have told AFP Fact Check that this is a recurring problem, with scammers using their images repeatedly on Facebook.

A Facebook page called “Your New Home” has been running several online promotions, claiming to give away free tiny houses and motorhomes. On February 10, 2021, the page published a post featuring an image of a tiny house.

“This February - We are giving away three beautiful Tiny Houses for three families,” reads one of the posts, which has been shared more than 105,000 times since February 10, 2021. It then instructs people to share the post, comment with the word “WIN” and like the page. 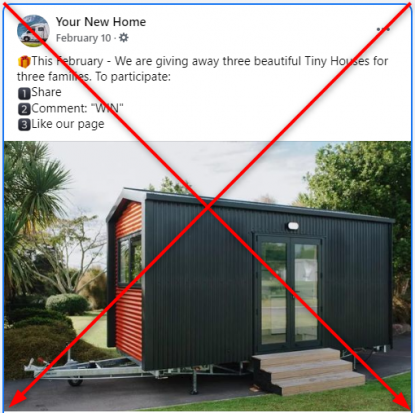 The page running the promotion does not list any website, and a web search came up empty.

A reverse image search of the image used in the post shows that it is a home design by Build Tiny, a company in New Zealand that specialises in building mobile houses. 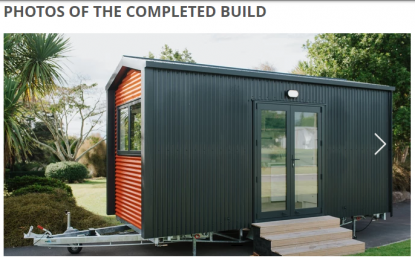 A screenshot of the Tiny Camper House, taken from the Build Tiny website on March 16, 2021

Build Tiny told AFP Fact Check in an email that the Facebook account was using its photos against its wishes and that the promotion is a scam.

“We are aware of these posts, there have been many similar posts all using images of our Camper tiny house. It is a SCAM and we are in no way affiliated with the page, the post, or the competition,” said Gina Stevens, the design director at Build Tiny. “We are powerless to have the images removed, [and] have reported the post and the page as a scam to Facebook, but new pages keep popping up.”

On February 15, 2021, Build Tiny posted a warning on Facebook, explaining that images of its camper were being used to “promote a scam competition” on a similar Facebook page. 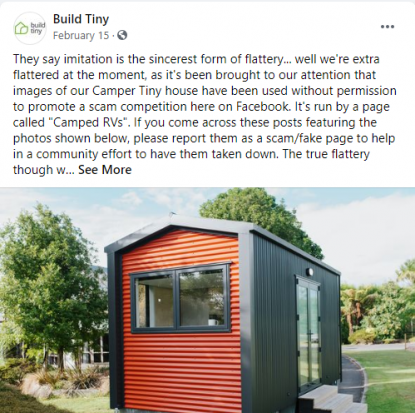 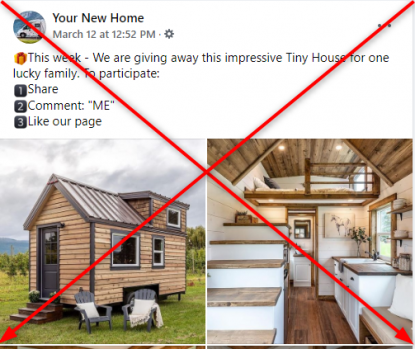 A reverse image search shows that the photo was lifted from the website of a Canadian company called Summit Tiny Homes.

In a message sent to AFP Fact Check through its official Facebook page, a representative for the company said that they were aware that some Facebook pages have been using their photos in fraudulent online promotions.

“We have received reports about people using our housing designs in online scams and have reported to Facebook,” they said. 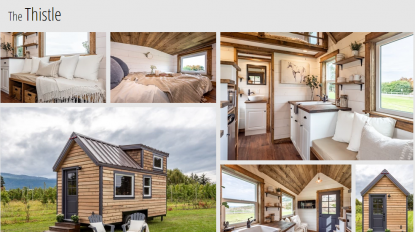 A screenshot of the original photo on the Summit Tiny Homes website, taken on March 16, 2021

On February 6, 2021, the page posted a video clip of a motorhome. Once again, the post once again asks people to comment on it to stand a chance of winning. 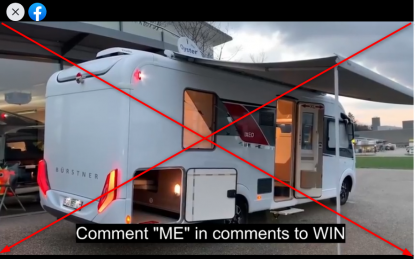 AFP Fact Checked traced the video clip to an auto garage in Switzerland called Autocenter Rickenbach Glanzmann. The video was lifted from their YouTube post advertising a Fiat Dethleffs motorhome. 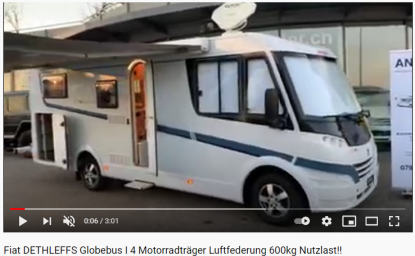 A screenshot of the original Fiat Dethleff motorhome taken on March 17, 2021

The Facebook page used another mobile home photo in a post published on February 2, 2021, once again with the same instructions. 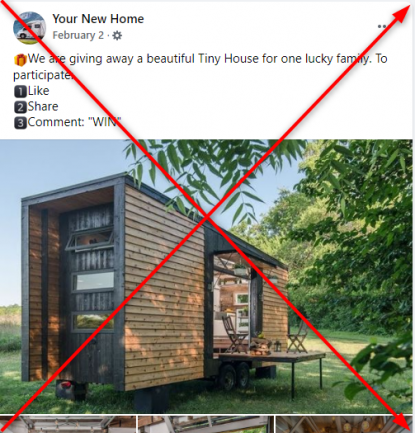 AFP Fact Check traced the photo to the website of a US company called New Frontier Tiny Homes. It was also featured in a 2017 article about the company.

A screenshot of the camper house as featured on the New Frontier Tiny Homes website, taken on March 17, 2021

New Frontier Tiny Homes told AFP Fact Check in an email that the company has not authorised anyone to use their photos in promotions.

“Over the years, we have received reports that scammers are using some of our photos to popularize social media pages. We have reported some, but they keep on re-inventing themselves, making it difficult for us to keep track,” said David Latimer, the company’s founder and CEO.

Yet another post, published on the page on January 16, 2021, reads: “Unfortunately, the Christmas winner (Samantha B. – Nottingham) of our competition was under the age of 16 and unable to accept their prize. Therefore, we will be giving out this stuning Mobile Home (sic).” 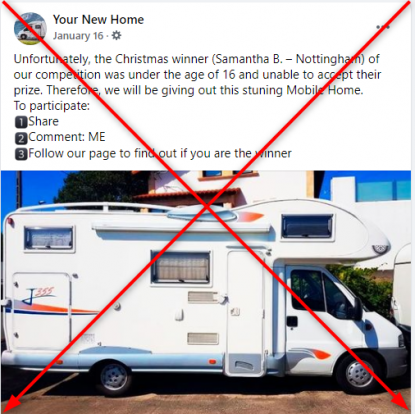 Maldita.es, a Spanish fact-checking organisation, flagged a post that was using the same photo in a similar online scam back in 2019.

The page uses fake giveaways to gain followers and reach. This sort of online scam is popular; it is used to attract followers to Facebook accounts or pages, which can then be sold on and renamed. The scammers may also mine people’s data, including names, phone numbers, email addresses and other personal information.

AFP Fact Check has previously debunked numerous online giveaway scams. Read more about some of the most common types of Facebook scams in Africa.