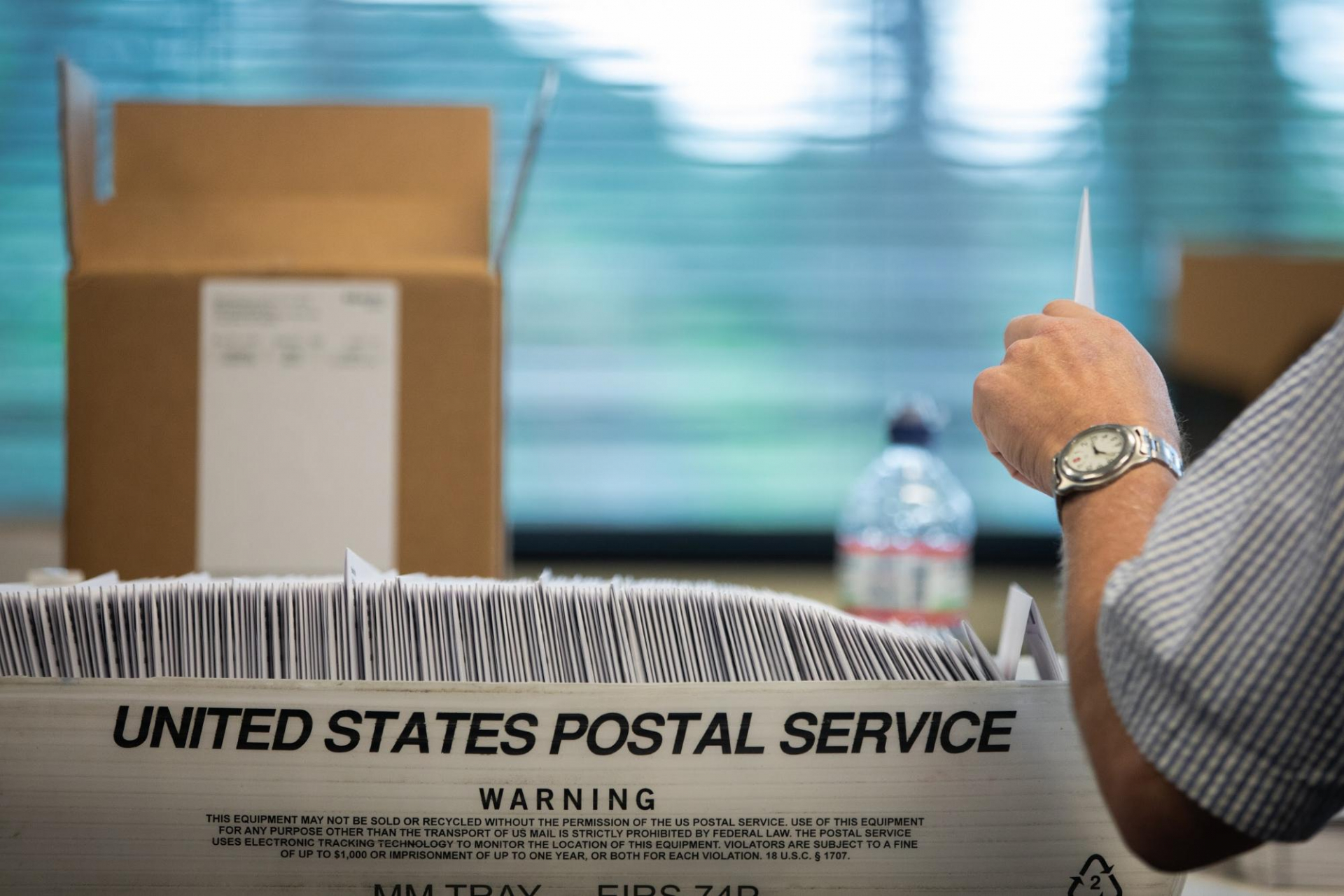 Voting by mail in US poses little risk of fraud

US President Donald Trump claimed during his first debate with Democratic challenger Joe Biden that mail-in voting will lead to “fraud like you’ve never seen,” challenging the integrity of the upcoming election.

Biden countered: “No one has established at all that there is fraud related to mail-in ballots.”

Millions of US voters will rely on mail-in ballots for the November 3 election as an alternative to in-person voting because of fears over the novel coronavirus, which has killed more than 205,000 people in the US, the highest toll of any country.

Trump has repeatedly said that mail-in voting poses a major risk of voting fraud, spreading messages such as: ”There is NO WAY (ZERO!) that Mail-In Ballots will be anything less than substantially fraudulent.” 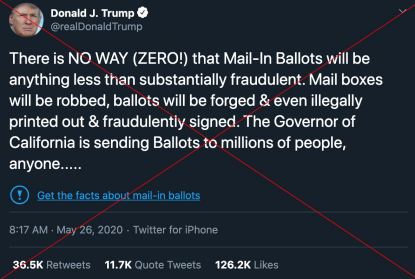 Screenshot of a tweet with a false claim, taken on September 30, 2020

But officials and experts say the president is wrong.

“There's simply no basis for the conspiracy theory that voting by mail causes fraud,” Ellen Weintraub of the US Federal Election Commission (FEC) said as part of a 66-tweet thread in May debunking claims that mail-in voting will lead to widespread fraud.

FBI Director Christopher Wray testified at a September 24 Senate national security hearing, and said: “We take all election-related threats seriously… we have not seen, historically, any kind of coordinated national voter fraud effort in a major election, whether it’s by mail or otherwise.”

Election expert Max Feldman, counsel in the Voting Rights and Elections Program at the Brennan Center for Justice, told AFP by phone: “Voting by mail has been a secure part of our election system for many years.”

Additionally, a Brennan Center analysis and the Voting Rights Project, a 2012 investigation of nationwide election security, said that while absentee ballots are more susceptible to fraud than in-person voting, fraud rates are infinitesimal.

“It is... more likely for an American to be struck by lightning than to commit mail voting fraud,” the Brennan Center analysis said.

Five states -- Oregon, Washington, Utah, Hawaii and Colorado -- already send every registered voter a mail-in ballot, and compared to the number of votes cast, issues have been negligible, the Brennan Center analysis says.

Oregon, for example, has used vote-by-mail for almost 20 years. In 2016, only 22 people in Oregon were found guilty of voting in two states -- accounting for about 0.001 percent of votes cast, said Andrea Chiapella, communications director for the Oregon Secretary of State.

Registered voters in the other 45 states typically have to apply to vote absentee, but Covid-19 has pushed some to make it easier to vote by mail. According to another Brennan Center report, at least 22 states plus the District of Columbia have confirmed that they will send either mail ballots or ballot request forms to most or all registered voters for November.

Ballot validation methods vary from state to state, but all have tools to help keep votes safe. Bar codes, secure drop boxes, tracking systems, and post-election audits have all enhanced the security of mail-in voting, said the Brennan Center analysis.

There have been problems before. During the 2000 presidential race between George Bush and Al Gore, an agonizingly long recount of votes in Florida revealed cracks in the electoral system.

The recount was sparked by issues including “hanging chads” -- partially detached pieces of paper on punch card ballots that required human counters to try to determine voters’ intentions -- but was ultimately halted by the US Supreme Court.

In 2019, a US Department of Justice report by special counsel Robert Mueller said Russian government hackers interfered in the 2016 presidential race between Trump and former Secretary of State Hillary Clinton.