Viral photos of pigs drowning are not scenes from Hurricane Florence

Photos of pigs reportedly drowning in North Carolina due to floods caused by Hurricane Florence are being shared on social media with misleading captions. While farm animals suffering or dying during floods is a real issue, the viral photos were taken in Vietnam in 2017, Iowa in 2008, and North Carolina in 1999.

“The victims nobody talks about…(Hurricane Florence in North Carolina)” This caption was used to draw attention to photos in a Facebook post shared over 250,000 times in four days. While the state’s large hog population is at risk during flooding incidents, none of the photos in the Facebook post and tweets were taken this year. 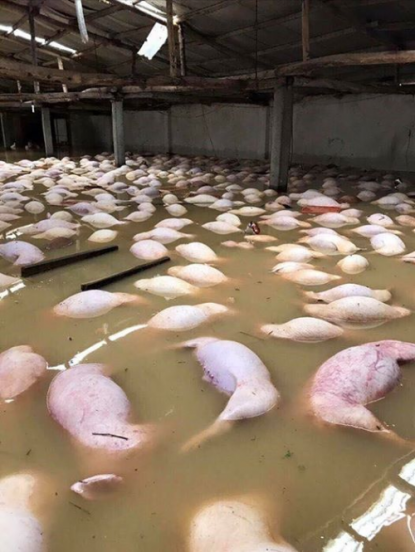 
One gruesome photo depicts the dead bodies of hundreds of pigs floating in murky water inside of a building. This photo is also the one that was taken the furthest away from North Carolina. It was taken in Vietnam’s Thanh Hoa province, in the rural Yen Dinh district, following an October 2017 tropical depression. It was first posted on social media on October 12, 2017, to a Facebook group for the inhabitants of the Thanh Hoa province.

The two close-up photos of pigs were taken in June 2008 during floods in the US state of Iowa by photographer, Molly Wald. 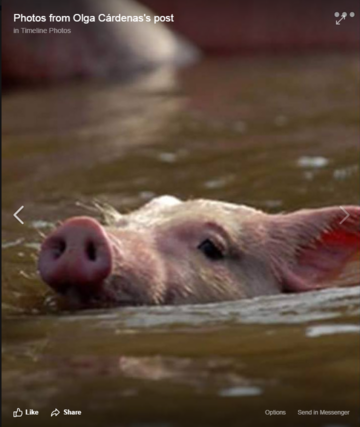 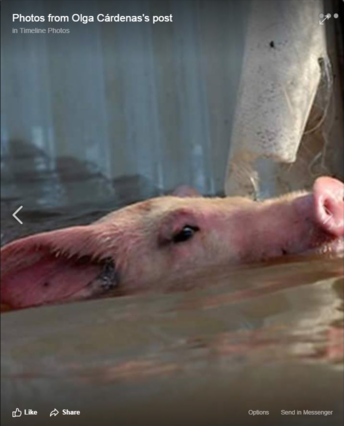 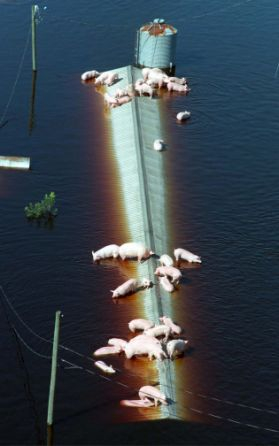 
The last two photos were taken in North Carolina, but not in 2018. One shows pigs on the roof of a farm near Trenton, North Carolina, following Hurricane Floyd in 1999. Photographer Mel Nathanson of the Raleigh, North Carolina newspaper The News & Observer took the photo, Scott Sharpe, the newspaper’s photo editor, confirmed to AFP. 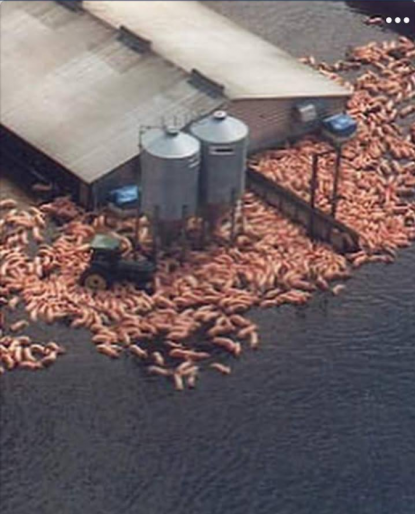 
The last shows a similar scene and was taken by local photographer Rick Dove, also in 1999 in North Carolina.

Although the photos were shared out of context, they reflect a reality that farm animals can face during flooding incidents. North Carolina is particularly at risk because its nine million pigs make up the second largest hog population in the US, after Iowa.

Those hogs are at risk of being left behind, as happened in 1999 during Hurricane Floyd. North Carolina’s high porcine population density also means that manure stored in large uncovered lagoons risks overflowing, as Quartz reported.

No, an elephant was not photographed carrying a lion cub in its trunk

No, not all Trident chewing gum sold in Pakistan is haram