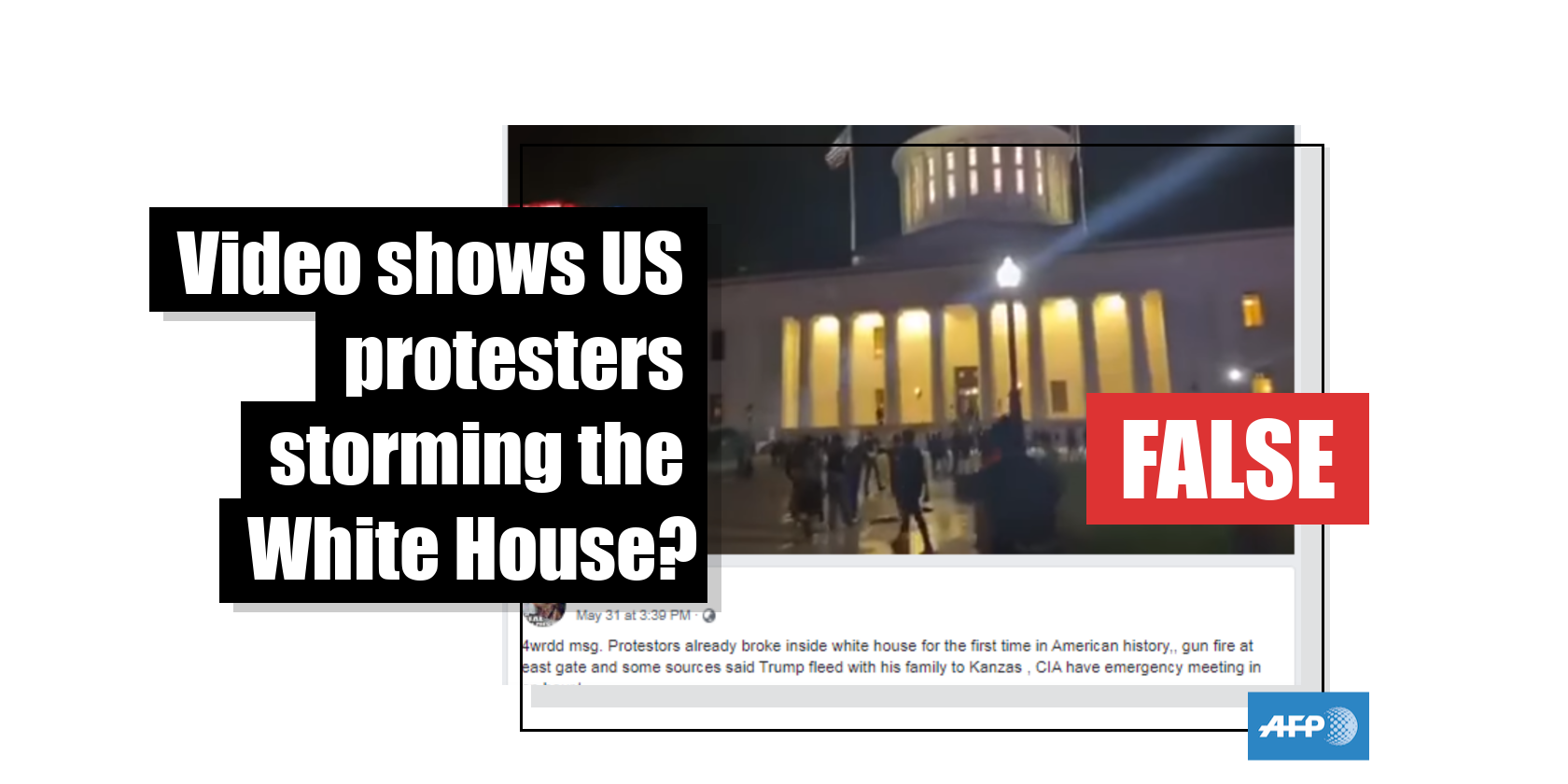 This video was taken during a protest at Ohio Statehouse

A video has been viewed thousands of times in multiple Facebook, YouTube, Twitter and Instagram posts claiming it shows protesters breaking into the White House. The video began circulating online in late May 2020 as protesters demonstrated against racism in Washington and across the country. The claim is false; the footage in fact shows a protest outside the Ohio Statehouse in the state capital Columbus.

The 58-second video has been viewed more than 10,000 times after it was posted to Facebook by a Philippines-based user here on June 1, 2020. 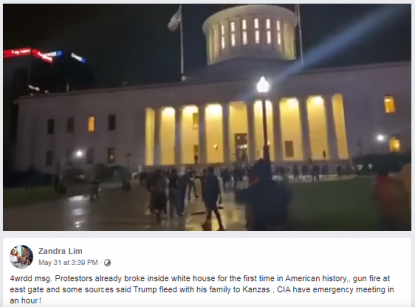 The post’s caption states in part: “Protestors already broke inside white house for the first time in American history,, gun fire at east gate and some sources said Trump fleed with his family to Kanzas”.

The misleading claim began circulating online in late May 2020 as protests against police brutality and systemic racism erupted in Washington DC and across the US following the police killing of unarmed black man George Floyd in Minneapolis on May 25, AFP reported here.

But the claims are false; the video was in fact taken during a protest at Ohio Statehouse in the state capital Columbus.

Reverse image searches of video keyframes extracted using the verification tool InVID-WeVerify found the same video published in this Twitter post on May 30, 2020.

The tweet states in part: “BREAKING: #OHIO STATE HOUSE STORMED AND BEING DESTROYED.” 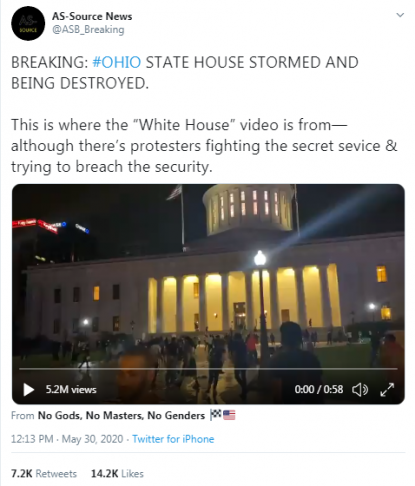 Four individuals seen at the Twitter video’s 11-second mark correspond with the several people visible in this Getty Images photo, taken by photographer Matthew Hatcher on May 28, 2020.

The Getty Images photo’s caption states in part: “COLUMBUS, OH - MAY 28: After a brief skirmish with officers which resulted in rubber bullets and pepper spray being deployed, protesters flock towards the Ohio Statehouse where windows were smashed out and at least two men were detained. What started as a peaceful demonstration near the Ohio Statehouse in solidarity with other protests throughout the country against the killing of Minneapolis, Minnesota resident George Floyd, turned into a riot after police and protesters clashed on May 28, 2020 in Columbus, Ohio.”

Below is a screenshot comparison showing the 11-second mark of the video in the misleading post (L) and the Getty Images photo (R) with the four individuals circled in red by AFP:

The location where both the video and the Getty Images photo were shot can be seen on Google Street View here.

A screenshot of the Ohio Statehouse on Google Street View, taken on June 3, 2020

The misleading video has also been debunked in Spanish by AFP here.