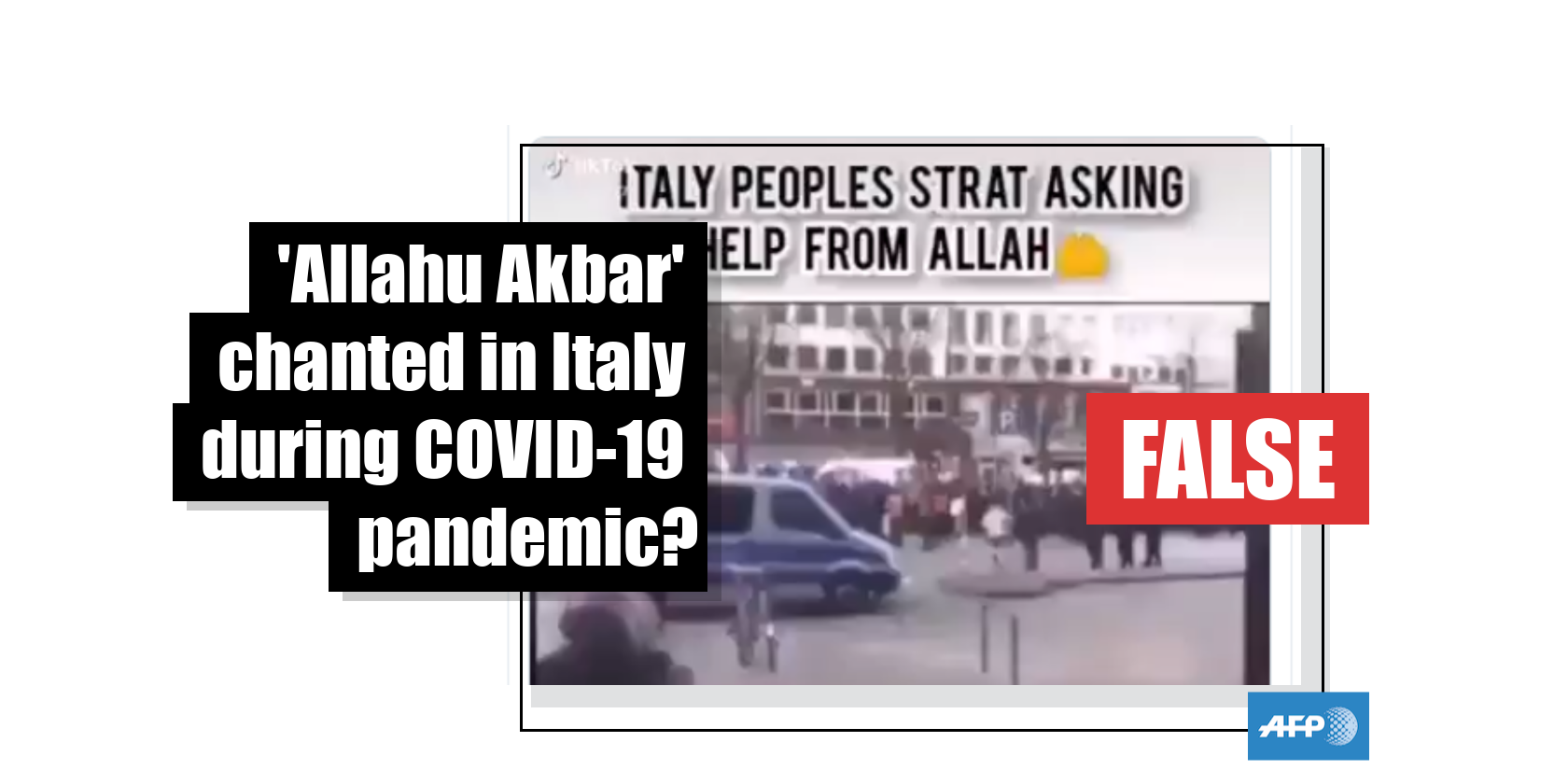 A video has been viewed more than one million times in multiple posts on Facebook, Twitter, YouTube and TikTok which claim it shows people in Italy chanting “Allahu Akbar” and seeking “help from Allah” during the coronavirus pandemic . The claim is false: the video was taken in the German city of Hamburg; it corresponds with reports about a January 2020 protest over the persecution of Uighur Muslims in China.

People can be heard on the video chanting the shahadah, which translates to English as “There is no god but God, Muhammad is the Prophet of God”, as well as Allahu Akbar, which means “God is great”.

The English text superimposed on the clip reads: “ITALY PEOPLES STRAT ASKING HELP FROM ALLAH/ YA ALLAH PLEASE HELP US”. 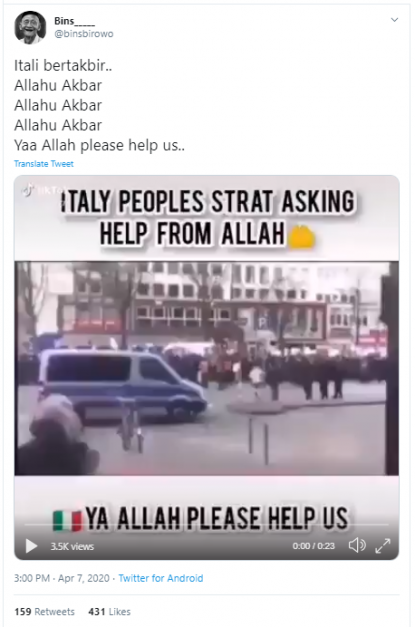 The video was also shared alongside a similar claim on YouTube here and on Facebook here, where it has been viewed more than 9,400 times.

The clip has also garnered more than 1.7 million views after it was posted on TikTok here with a similar claim in English.

The video’s German-language title translates to English as: “11.01.2020 Uyghur demo in Hamburg”.

Below is a screenshot comparison of the clip in the misleading post (L) and the video on YouTube (R):

Hamburg-based radio and TV broadcaster NDR published this report about the rally on January 11, 2020. Translated from German to English, the report’s headline reads: “Protest against oppression of Uighurs”.

The article's first two paragraphs read: “Around 2,000 people in Hamburg-St.Georg staged a demonstration against the oppression of the Uighur ethnic group in China. According to the police, the rally was peaceful.

“Intelligence service warns of Islamists
The Hamburg Intelligence Service (Office of Protection of the Constitution) had warned on Friday that the demonstration was being organised by Islamists. The banned organisation Hizb-ut-Tahrir, according to the service, is hidden behind the organiser ‘Generation Islam’. It was trying to gain new followers with popular, non-extremist topics, the service said.”

According to the report, the rally started at Steindamm then moved to Gerhart-Hauptmann-Platz.

Other German media, including Suddeutsche Zeitung and Welt, also published reports on the protest.

Photos of the rally can also be seen here on Getty Images.

Below is a screenshot comparison between scenes in the YouTube video (L) and the corresponding location on Google Street View (R), with similarities circled in red by AFP: