Footage of a large crowd has been shared in multiple Facebook posts claiming to show migrant workers who were stopped at the Delhi-Uttar Pradesh state border during India's nationwide COVID-19 lockdown in May 2020. However, the claim is false; the video has circulated online since at least October 2019 and corresponds with local news reports about an Indian Army recruitment drive in Faizabad, Uttar Pradesh. 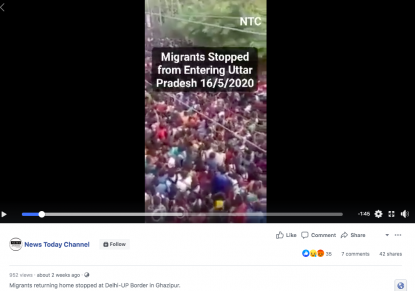 Ghazipur is a village in the Indian state of Uttar Pradesh (UP), which borders the capital city of New Delhi.

The video is also shared alongside a similar claim on Facebook here, here and here.

According to the YouTube caption, the video shows an “Army recruitment drive in Faizabad,” another city in Uttar Pradesh that is more than 650 km southeast of New Delhi.

Below are three sets of screenshot comparison of the video in the misleading posts (L) and the October 2019 YouTube video (R): 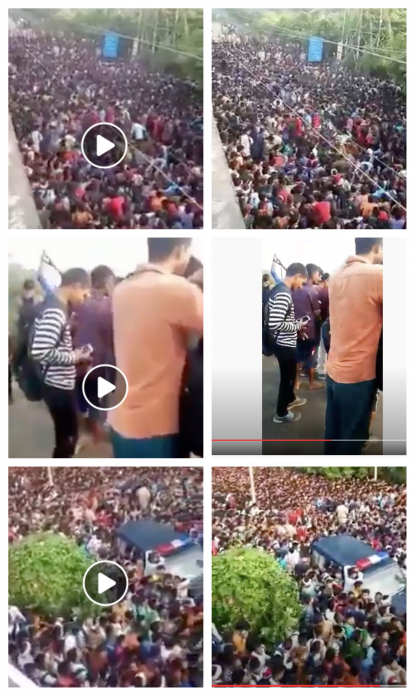 Footage shot from different angles and appeared to show a very similar scene in Faizabad in October 2019 can be seen here and here.

A Hindi news website reported here about an army recruitment drive held in Faizabad on October 15, 2019. Other local media reported here and here on the same day that the large turnout created a chaotic scene at the event.