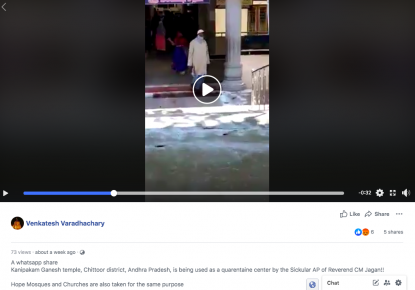 The post’s caption reads: “Kanipakam Ganesh temple, Chittoor district, Andhra Pradesh, is being used as a quarentaine center by the Sickular AP of Reverend CM Jagan!! Hope Mosques and Churches are also taken for the same purpose.”

The Kanipakam Ganesh temple, also known as the Sri Kanipakam Varasiddhi Vinayaka temple, is located in Kanipakam, a town in the Chittoor district of the south Indian state of Andhra Pradesh. YS Jagan Mohan Reddy, who is referred to as CM Jagan in the Facebook post, is the chief minister of the state.

The video in fact shows a lodging facility called Sri Ganesh Sadan, which is located about a quarter of a kilometre from the Kanipakam temple, according to Google Maps.

Below is a screenshot of the distance between the two buildings on Google Maps: 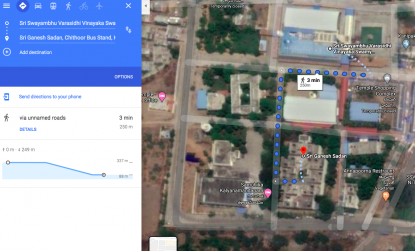 At the video’s 13-second mark, the footage shows a sign for the Sri Ganesh Sadan facility, which matches photos published on Google Images here by visitors of the guest house.

Below is a screenshot comparison of the building in the misleading post (L) and a Google image of Sri Ganesh Sadan (R): 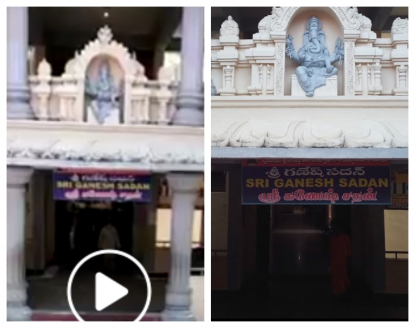 Google images of the Kanipakam Ganesh temple show how the temple's entrance differs from the building seen in the misleading Facebook post.

Below are screenshots of Google images of the temple: 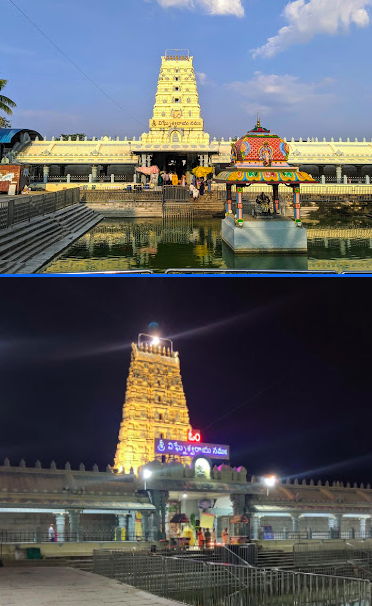 A report published here on April 7, 2020 by Indian newspaper The Hans India quoted police as stating the quarantine centre was located at Sri Ganesh Sadan, not inside the temple.