This video shows German military vehicles during an exercise

A video showing various military vehicles has been shared hundreds of times on Facebook alongside the claim that they belong to the Ethiopian army. This is false: while the Ethiopian army did recently acquire new military trucks, the video was actually filmed in Germany, a German army spokesman confirmed. Furthermore, the video was shared on a Facebook account impersonating the state-owned Ethiopian Broadcasting Corporation (EBC).

The Facebook post, shared more than 700 times in Ethiopia since April 10, 2021, includes a five-minute video that shows a modern military truck setting up a bridge across two mounds of sand. 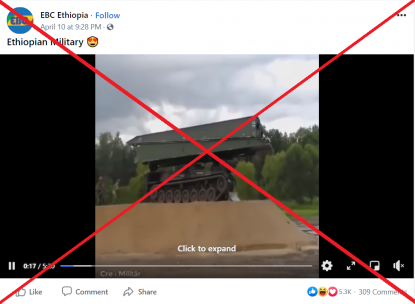 The video, however, was not filmed in Ethiopia, nor does it show the Russian army, as some people suggested in the comments.

Using the InVID WeVerify tool, AFP Fact Check ran several reverse image searches on keyframes of the video and found a clearer version of the clip that was published on a Russian social network website.

This allowed us to identify an emblem visible on the truck as belonging to the German army. 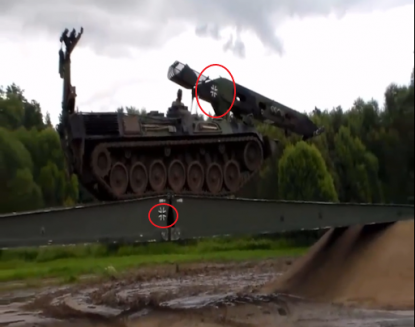 Uwe Schwitt, a spokesman for the country's military, confirmed that the soldiers and the iron cross emblem seen in the video are, in fact, German.

“We can confirm that these are German military vehicles and also German soldiers in the video,” he told AFP Fact Check.

Schwitt explained that the iron cross seen on the vehicles represents “values ​​such as freedom, equality, and virtues such as bravery, chivalry, commitment to community, comradeship, humility and a sense of duty”.

“Since 1955 it has been the symbol for the newly established armed forces of the Bundesrepublik Deutschland,” he added. 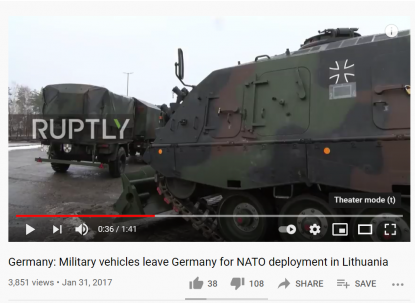 Schwitt also noted that the language heard in the background of the video is German.

Contacted by AFP Fact Check, Guy Martin, the editor of defenceWeb, a South African-based news site specialising in security and defence, also confirmed the military equipment seen in the footage is German.

“That video is clearly of German military vehicles during a demonstration/exercise.”

Martin added that “the bridge layer” seen in the footage is called a Leguan and was developed for Germany.

Martin pointed out that the Ethiopian army recently acquired mobile bridge-laying vehicles, however, they were purchased from the Chinese.

Meanwhile, the copycat account has gained nearly 60,000 followers since the page was created on May 23, 2019.