A video has been viewed more than three million times in multiple social media posts which claim it shows the helicopter crash that killed US basketball legend Kobe Bryant and his teenage daughter Gianna. The video began circulating via multiple Facebook and Twitter posts within hours of their deaths being reported. The claim is false; the video shows a fatal crash that occurred in the Northern UAE in December 2018.

NBA star Bryant and his 13- year-old daughter Gianna were reported dead alongside seven others in a helicopter crash on January 26, 2020. Here is AFP’s report on the incident.

This post featuring a 24-second video of a helicopter spinning out of control, ending up in a fiery crash, was posted on January 27, 2020.

The video appeared within hours of Bryant's death being announced and has been viewed more than 48,000 times. The post caption reads: “According to news: that’s the video of Kobe & Gianna Bryant accident and 7 other people
#ripbryan #ripkobe #ripgianna".

Footage identical to the video in the misleading post was also published on Facebook here and here with a similar claim.

It has also been shared on Twitter, with this post seen below drawing more than two million views since it was first published on January 26, 2020. 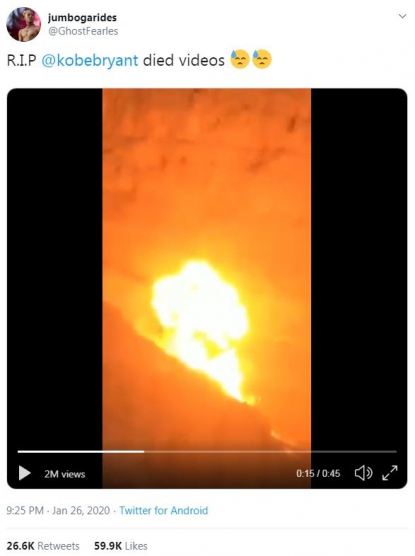 Another misleading tweet featuring the video has received more than 971,000 views. 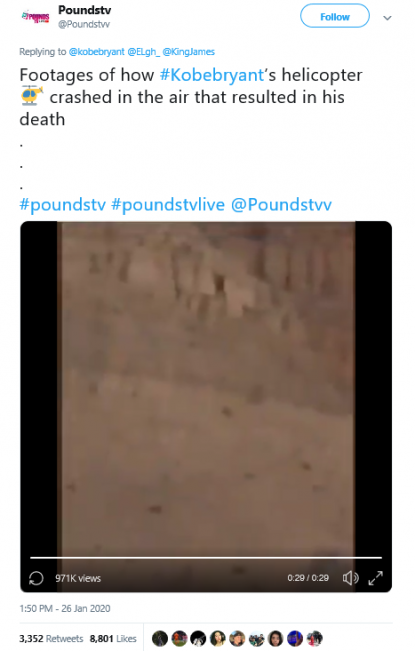 Other misleading tweets with the video can be found here, here and here with a similar claim.

The claim is false; the video actually shows a fatal helicopter crash that occurred in the northernmost emirate of the United Arab Emirates in December 2018. 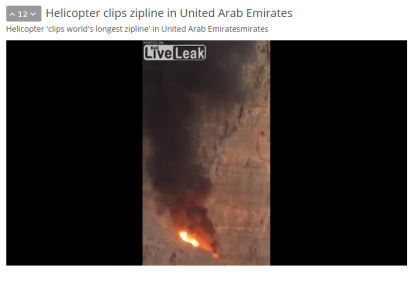 A screenshot of the LiveLeak video

A YouTube keyword search on helicopter crashes in the UAE found this 56-second YouTube video published on Jan 5, 2019 and titled “Horrifying Helicopter Crash in UAE, bursting into flames and killing four”.

The video's caption reads in part: "Helicopter crashes after hitting zipline on Jebel Jais, killing all of its crew."

Ras Al Khaimah is the northernmost emirate in the United Arab Emirates, while Jebel Jais is the UAE’s highest peak.

A closer analysis of the YouTube video found that the sequence between the 14-second mark and the 37-second mark of the video is identical to the footage used in the misleading posts.

Below are screenshot comparisons of the video in the misleading posts (L) and the YouTube clip (R): 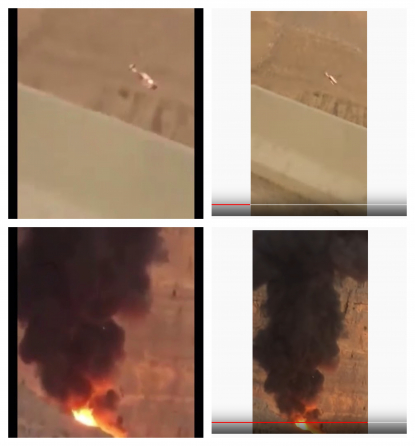 A screenshot comparison of the videos

The BBC also reported on the incident, which occurred on December 29, 2018.

Is it unlawful for Buhari's daughter to use state-funded presidential jet for private trips? Here is what we know.

An ex-minister claimed Nigeria’s anti-hate speech bill was imported from Singapore. No, it wasn’t -- here is how the two countries’ legislation compares.