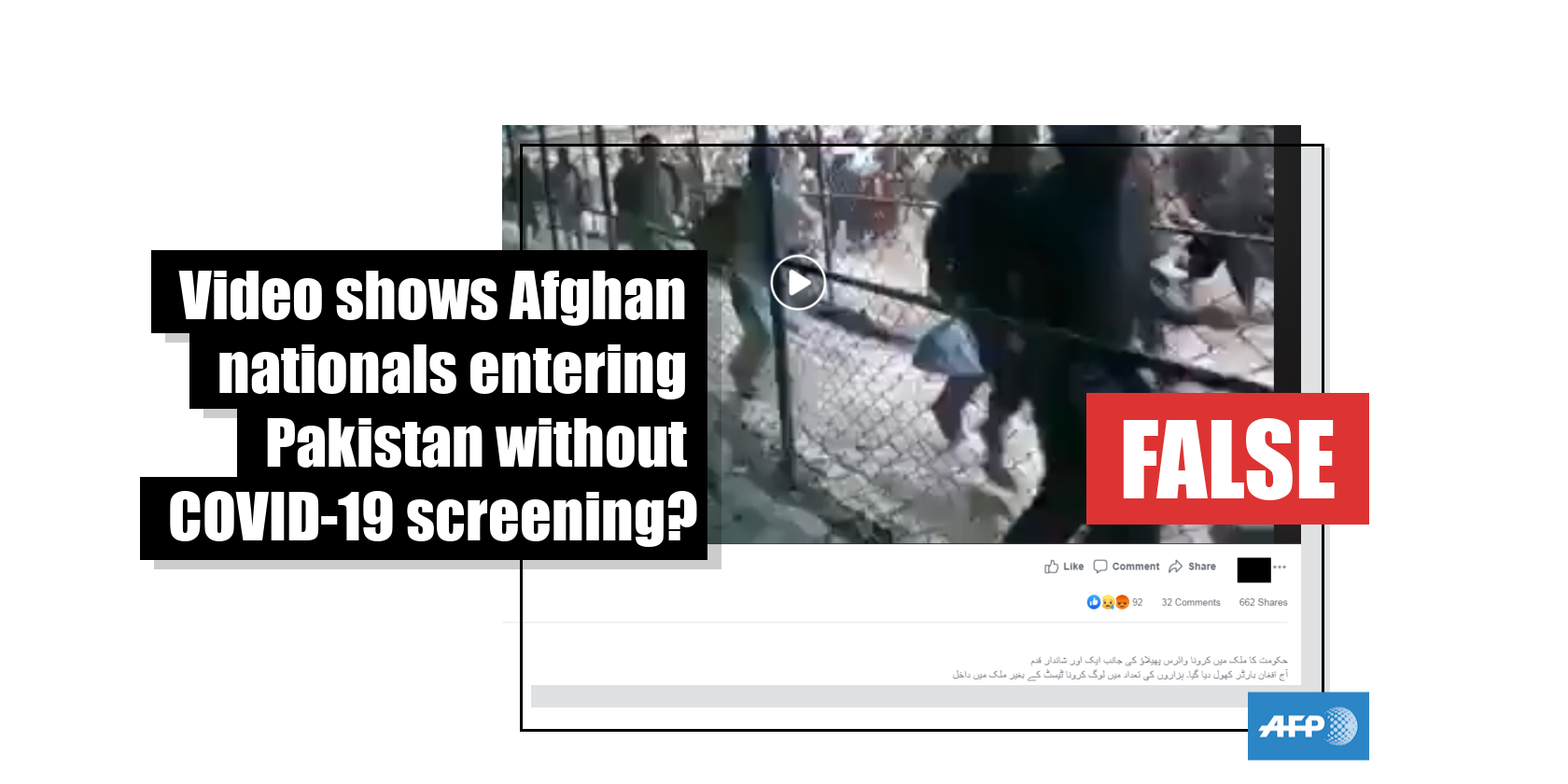 A video of hundreds of people crossing a border has been viewed tens of thousands of times on Facebook and Twitter alongside a claim it shows people from Afghanistan entering Pakistan without being tested for the novel coronavirus. The claim is false; the video in fact shows Afghan nationals leaving Pakistan after the border was temporarily opened in early April in order to allow Afghans to return home.

The video was viewed more than 4,700 times after being published here on Facebook on April 8.

The post’s Urdu-language caption translates to English as: "Another great step by the government for the spread of coronavirus in the country. Today Afghan border was opened. Thousands of people entered the country without corona test." 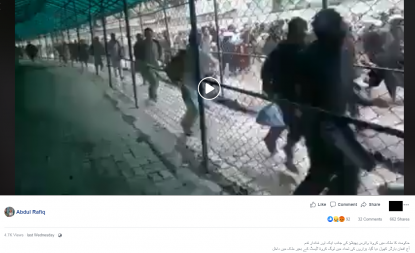 The novel coronavirus has so far killed at least 91 people and infected 5,230 more in Pakistan as of April 13, according to official government records.

The same video was also shared alongside a similar claim on Facebook here and on Twitter here.

The claim is false; the footage actually shows Afghan nationals leaving Pakistan and returning to Afghanistan in early April 2020. The crossing occurred after Pakistan, which sealed its borders in March, made special temporary arrangements for the stranded Afghans in Pakistan to leave via the Torkham border.

The video’s description reads: “Thousands of Afghan streamed across the Pakistan border to their homeland on Tuesday [April 7, 2020] overwhelming authorities who had opened the frontier after more than two weeks of restrictions to stop the spread of Covid-19.

Below is a screenshot comparison of the video in misleading Facebook post (L) and video in The Telegraph report (R):

“On Afghanistan’s special request & on humanitarian considerations,we are allowing exit of nationals, wishing to go back to their country,through Torkham & Chaman border crossings on 6-9 April,” Farooqui wrote on Twitter here. “We remain in solidarity with our Afghan brethren at this time of global pandemic.” 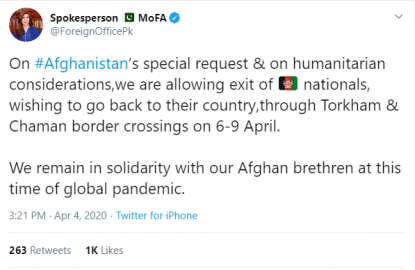 A screenshot of the tweet by Pakistani foreign ministry spokeswoman

A closer analysis of the footage shared in the misleading posts also shows that people are exiting a gate that bears the Pakistani flag, indicating they are leaving Pakistan and entering Afghanistan.

Below is a screenshot comparison of the misleading Facebook post (L) and this Google Maps photo of the Torkham crossing (R) with the gate circled in red.