A video has been viewed hundreds of thousands of times in multiple posts on Twitter and Facebook which claim it shows a meteor shower captured in “broad daylight”. The claim is false: the video was created using animation software. 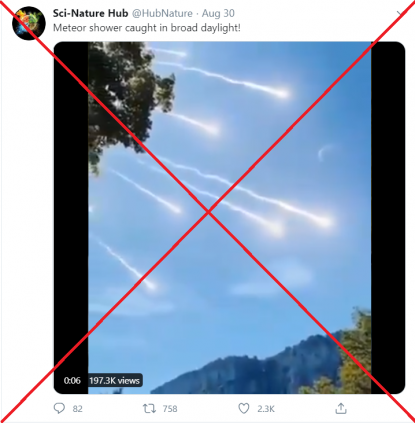 The claim is false: the video was created using animation software.

The video was posted here on Instagram by a France-based user with the handle South Lab.

The next two videos in the post show how the animated clip was created using computer software Adobe After Effects.

"Find my other fx videos on my social networks! Instagram: @southlab Tiktok: @south_lab”.

The false claim was also debunked by Twitter user Hoaxeye here on August 30, 2020.