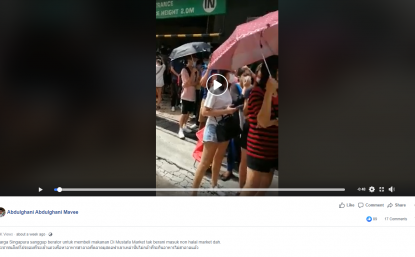 The post’s caption, written in a combination of Malay and Thai language, translates to English as: “Singaporean people queued up to find Halal food at Mustafa Centre, they don’t dare to eat non-halal food anymore.”

Mustafa Centre is a large department store in the district of Little India in Singapore, famous for operating 24 hours a day.

The same video has also been shared here, here, here and here on Facebook, alongside a similar claim.

The video has been shared in a misleading context; it actually shows people queuing around the Mustafa Centre building for face masks following the novel coronavirus outbreak.

A Google reverse image search combined with a keyword search found this article headlined: “Queue for masks at Mustafa going ridiculously strong for at least 2 straight days” on the website of the Singaporean news outlet Mothership SG.

The first two lines of the report, published on February 8, 2020, read: "Masks and sanitisers are now short in supply in Singapore, due to the coronavirus outbreak. While major pharmacies and supermarkets appear to be out of stock, Mustafa, the place that sells everything, still has supplies."

Below is a screenshot of the Mothership SG article: 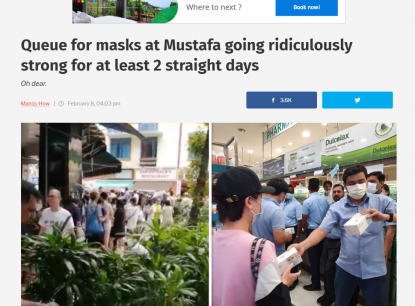 Screenshot of the Mothership SG article

The report on a nationwide shortage of masks hand sanitisers included this earlier version of the same video seen in the misleading posts. The video has been embedded below.

Below is a screenshot comparison of the video in the misleading posts (L) and a Mothership SG photo (R), with identifiable structures circled in red by AFP: 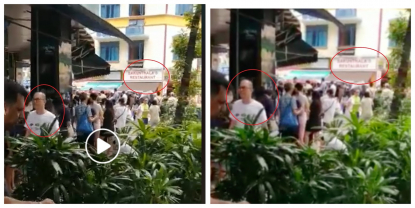 Screenshot comparison between the video in the misleading post (L) and a Mothership SG photo (R), with identifiable structures circled red by AFP

As of February 18, 2020, the novel coronavirus has killed more than 2,000 people and infected at least 74,000 others in China alone. It has also infected hundreds more abroad, as reported here by AFP.