A video of a rainbow forming in the wake of a truck spraying moisture over a street has been viewed tens of thousands of times on Twitter and YouTube alongside a claim that the footage shows a truck disinfecting a street in China in an effort to contain the novel coronavirus. This claim is false; the video, which shows a truck spraying in China's Sichuan province for dust control purposes, has circulated online since at least March 2019, months before the viral outbreak.

The post’s caption states: “Only in China! #COVID19 coronavirus disinfection rainbow.” Below is a screenshot of the tweet: 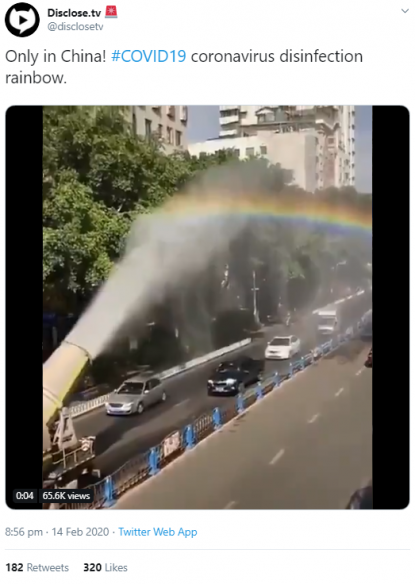 The same video was also shared here on Twitter and here on YouTube, both with a similar claim.

At least 2,118 people have been killed by the coronavirus and in mainland China alone over 74,000 people have been infected, AFP reported. China has taken drastic measures to curb the virus, including widespread disinfecting of buildings and streets.

However, the claim about the rainbow forming in disinfectant is false.

A reverse image search and a keyword search found this identical video, which was posted on the Chinese mobile app Douyin on March 29, 2019. Douyin is the Chinese version of the video-sharing app TikTok.

Below is a screenshot of the Douyin video, which is captioned “#RainbowMachine”: 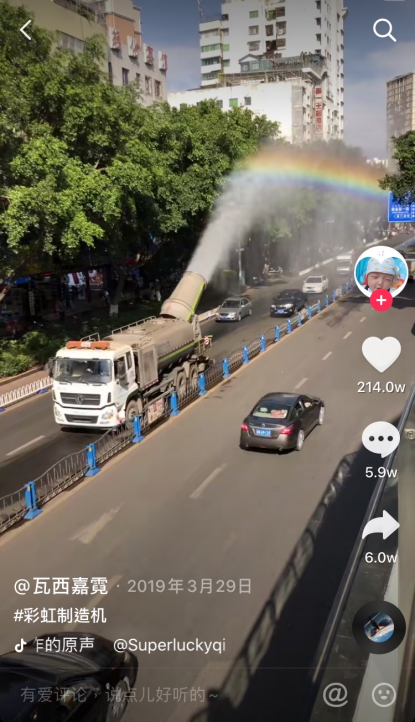 Screenshot of the Douyin video

The same video was also published here on the verified Weibo account of Chengdu Evening Post, a Sichuan-based newspaper, on April 2, 2019. 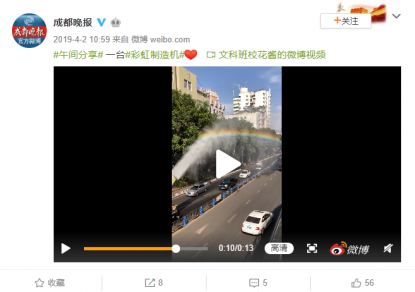 The video’s simplified Chinese caption translates to English as: “#MiddayShare#  A #RainbowMachine#(heart emoji)”.

A comment on one of the videos suggested the video was filmed at “Xichang Brands Avenue footbridge”, as seen in the screenshot below:

Another keyword search of the footbridge on Baidu Maps led to Chang’an East Road in Xichang, a city in the Liangshan Yi Autonomous Prefecture in Sichuan province.

Below is a screenshot of the Baidu Maps imagery of the filming location: 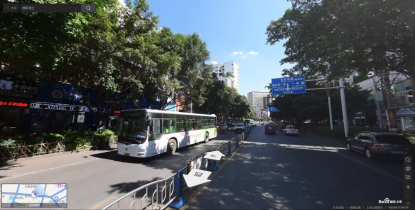 Screenshot of the Baidu Maps imagery of the filming location

Liangshan Daily, a local newspaper, also reported the rainbow in this March 21, 2019 article, which was titled “Online sensation ‘cannon-looking sprinkler’ makes fresh air in the city”.

The report features a photograph that shows a similar rainbow sighting alongside a caption: “Rainbow appears behind a ‘cannon-looking sprinkler’”. 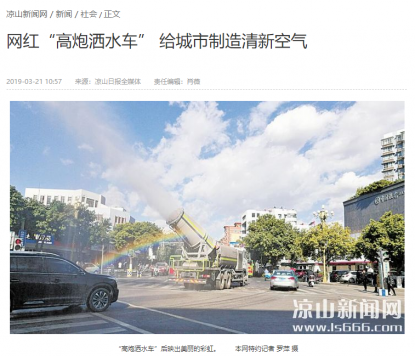