Skip to main content
A health worker prepares a volunteer to receive a COVID-19 vaccine produced by the Chinese Sinopharm during its trial at the Clinical Studies Center of the Cayetano Heredia University in Lima on December 09, 2020. (AFP / Ernesto Benavides)

A news clip has been viewed tens of thousands of times in multiple posts on Twitter in December 2020 alongside a claim it shows the former Director of the Chinese Center for Disease Control and Prevention (China CDC) criticising the quality of China-made vaccines. The video circulated online shortly after China agreed to export its homegrown Covid-19 vaccines to countries including Malaysia and the Philippines. The video has been shared in a misleading context: the clip, which does not mention coronavirus vaccines, has circulated in media reports since March 2010. Former China CDC director Wang Yu left his position in August 2017.

The video was published here on Twitter on December 29, 2020. 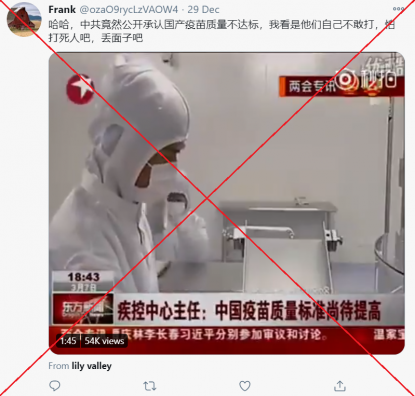 In the two-minute and 10-second video, a news headline can be seen in simplified Chinese characters at the bottom. It translates to English as: “Director of [China] CDC: Quality of Chinese vaccines is yet to be improved”. The date on the left-hand side reads “March 7” and “Sunday”.

An anchor can be heard speaking in Mandarin language at the beginning of the video. The comments translates as: “Wang Yu, member of the National Committee of the Chinese people's Political Consultative Conference (CPPCC), and director of the Chinese Center for Disease Control and Prevention, said in the conference hall of the medical and health field during the CPPCC today that the quality of some domestic vaccines is not up to standard, which greatly affects the outcome of disease prevention.”

Wang Yu appears at about the 37-second mark with titles superimposed onto the video, stating also in Mandarin that: “The quality of some [domestic] vaccines amid large-scale use can not meet the quality standards we need now…The quality of the [vaccine] products being used is much poorer than that of imported vaccines, which has greatly affected the outcome of disease prevention.”

The caption of the Twitter post in which the video was shared is also written in simplified Chinese. It translates to English as: “Haha, the Chinese Communist Party admitted to the public that the quality of China-made vaccines is not up to standard. I think they themselves are scared to use these vaccines, for fear of killing people and losing face.”

China is offering its homegrown coronavirus vaccines to other countries, as reported here by AFP on December 10, 2020.

The video was also shared in late December 2020 including here, here and here on Twitter, alongside a similar claim.

The video has been shared in a misleading context.

A keyword search on Google and Baidu found the same video here on Chinese video site Youku. It was published by the official channel of SMGBB, a media subsidiary of SMG on March 7 2010, alongside the same headline as superimposed in the video. 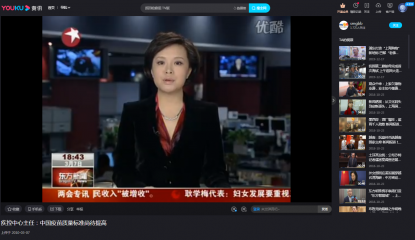 Screenshot taken on December 30, 2020, of the Youku video published by SMGBB

Below are two screenshot comparisons between the misleading Twitter post (L) and the Youku video by SMGBB (R): 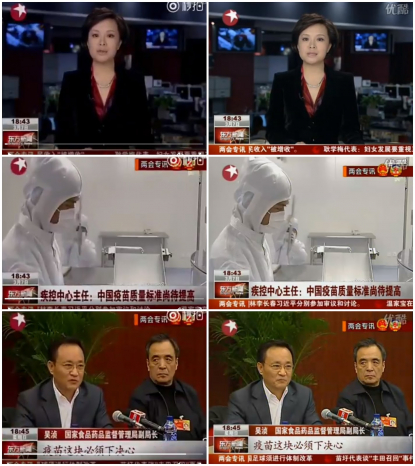 The video does not mention coronavirus vaccines.

According to this document from the official site of China CDC, Wang Yu retired from the director position of China CDC on August 1, 2017.