Footage of celebrities and politicians attending an event at the home of an Indian billionaire has been viewed tens of thousands of times in multiple Facebook and Twitter posts in December 2020 alongside a claim that the gathering breached social distancing regulations during the coronavirus pandemic. The claim is false; the video and similar footage has circulated since September 2019 in reports about celebrities attending a Hindu festival celebration. 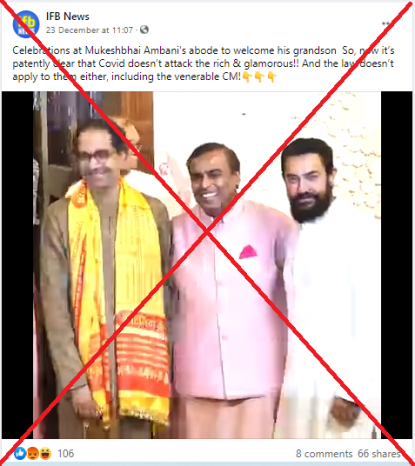 The post’s caption reads: “Celebrations at Mukeshbhai Ambani's abode to welcome his grandson. So, now it’s patently clear that Covid doesn’t attack the rich & glamorous!! And the law doesn’t apply to them either, including the venerable CM!”

The caption’s CM acronym refers to Maharashtra Chief Minister Uddhav Thackeray, who is also seen in the video.

A reverse image search on Google with keyframes from the video found that similar footage of the event was published on YouTube here by The Indian Express on September 2, 2019, several months before the Covid-19 pandemic.

“On Monday night, the Ambanis threw a big bash to mark the auspicious occasion of Ganesh Chaturthi,” the video's description reads in part.

Ganesh Chaturthi is a Hindu festival marking the birth of deity Lord Ganesha.

Below is a screenshot comparison of the video shared in the misleading Facebook post (L) and the video report published by The Indian Express (R): 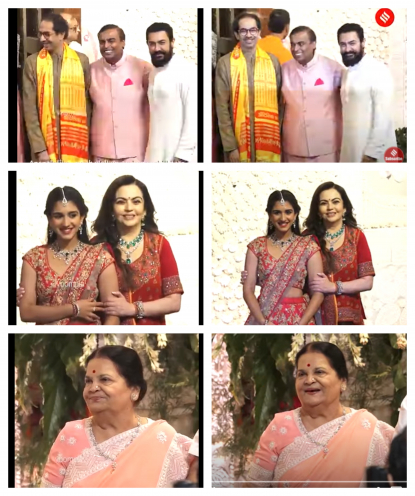