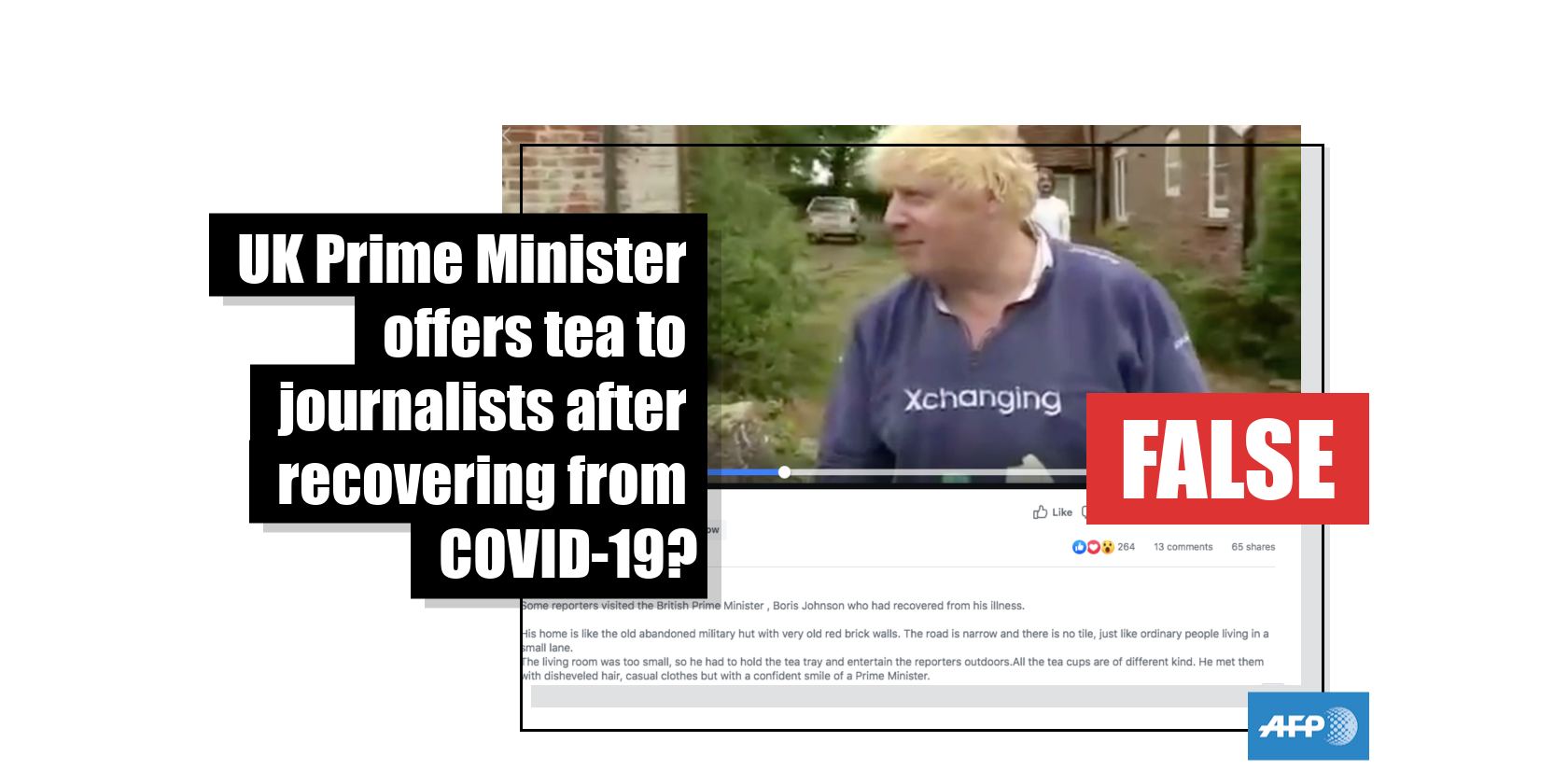 A video has been viewed tens of thousands of times in multiple posts on Facebook, Twitter and Instagram alongside a claim it shows UK Prime Minister Boris Johnson offering cups of tea to journalists after recovering from an illness. The posts were shared shortly after Johnson returned to work following hospital treatment for COVID-19. The claim in the social media posts is false; this video has circulated in media reports since August 2018, more than one year before the coronavirus pandemic and before Johnson became prime minister.

The one-minute 18-second video shows Johnson approaching a group of journalists with a tray of mugs. 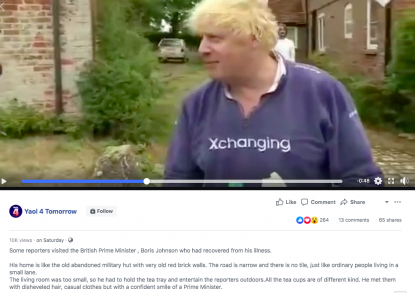 The post’s caption states: “Some reporters visited the British Prime Minister , Boris Johnson who had recovered from his illness. / His home is like the old abandoned military hut with very old red brick walls. The road is narrow and there is no tile, just like ordinary people living in a small lane. The living room was too small, so he had to hold the tea tray and entertain the reporters outdoors.All the tea cups are of different kind. He met them with disheveled hair, casual clothes but with a confident smile of a Prime Minister.”

Johnson announced in this March 27 video on his official Twitter account that he had tested positive for COVID-19. He was subsequently hospitalised, spending three nights in intensive care. He spent two weeks recovering at the prime minister's official countryside estate of Chequers before returning to work in late April 2020.

The claim is false; the video was filmed almost one year before Johnson became prime minister on July 24, 2019.

A Google reverse image search of keyframes extracted from the video in the misleading posts using InVID-WeVerify, a digital verification tool, found the same footage published here on the YouTube channel for UK newspaper The Telegraph. The video was dated August 13, 2018.

The video description states, in part: “Boris Johnson refuses to make any comment about the row over comments he made about the burka in his Telegraph column last week, as he offers tea to reporters waiting outside his home.”

In August 2018, Johnson faced criticism over comments he made in an opinion piece he wrote for The Telegraph about Denmark’s burqa ban, where he was quoted to have referred to Muslim women who wear burqas as looking “like letter boxes” and bank robbers.

Below are screenshot comparisons of the video in the misleading post (L) and The Telegraph video (R) : 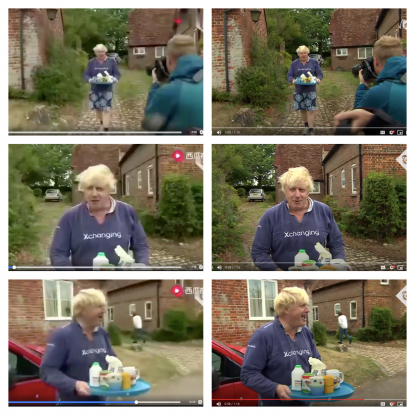 Similar videos showing Johnson offering tea to the media were also published by other UK broadcasters in August 2018, including the BBC here and ITV news here.