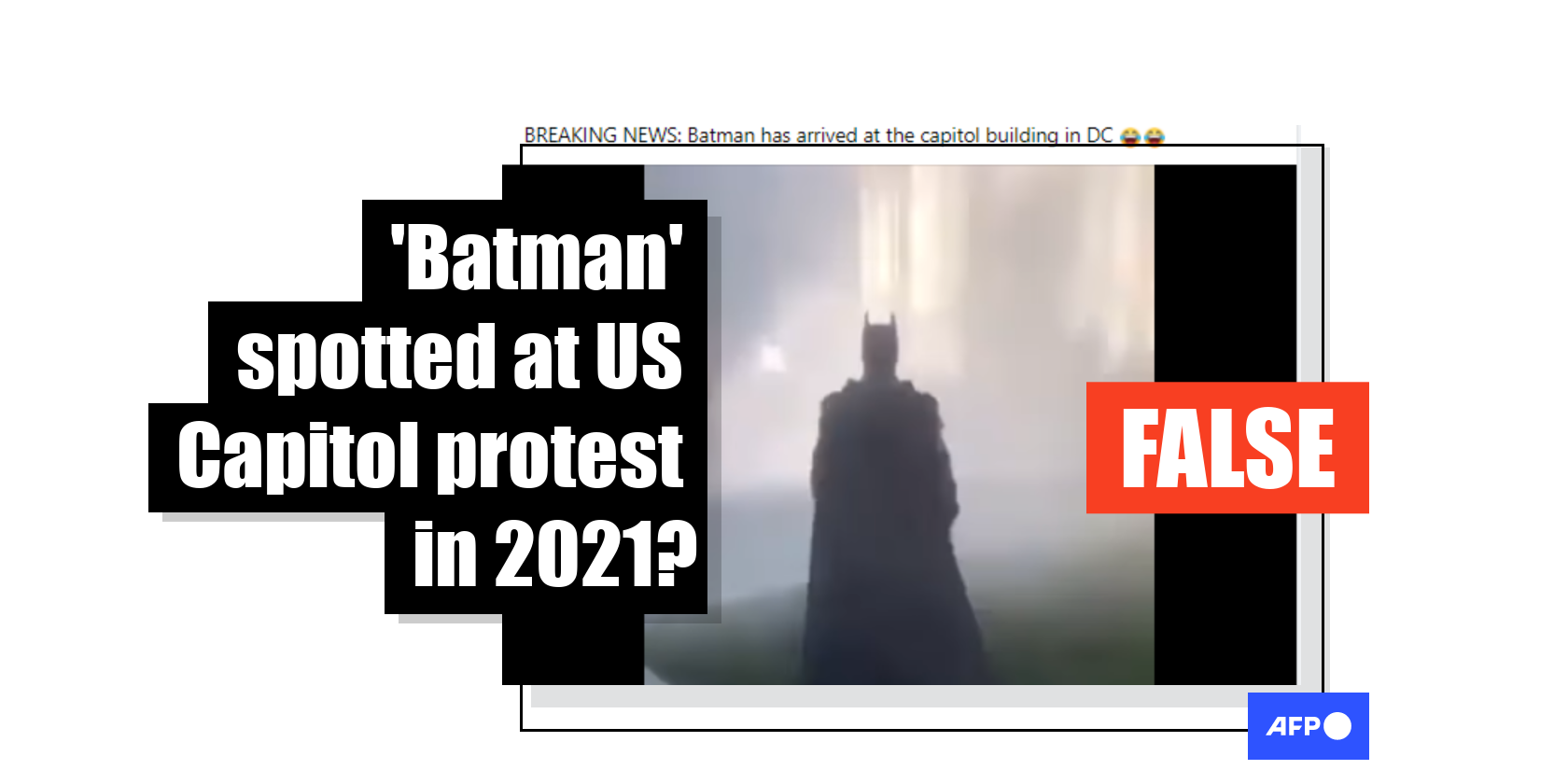 A video viewed tens of thousands of times on social media purports to show “Batman” at a pro-Trump protest at the US Capitol in Washington DC on January 6, 2021. The claim is false; the video has circulated in reports since May 2020 about a protester at a Black Lives Matter demonstration in Philadelphia, following the death of George Floyd. 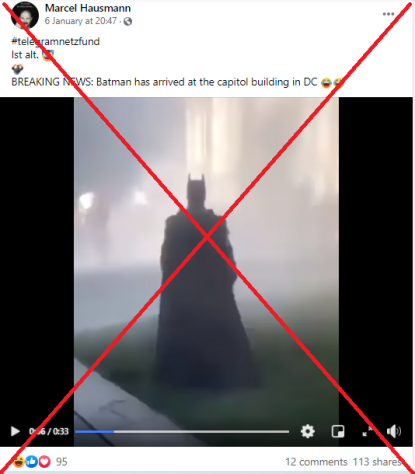 “BREAKING NEWS: Batman has arrived at the capitol building in DC,” the caption reads.

The video circulated online soon after supporters of US President Donald Trump stormed the US Capitol during a session of Congress on January 6, 2021 to certify Joe Biden's victory in November's election.

Near the end of the footage, a person holding a white placard that reads: “Justice George Floyd” is visible. 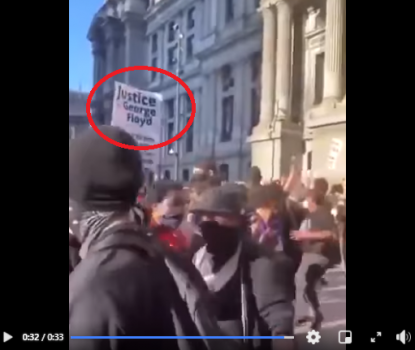 The placard refers to the killing of George Floyd by a police officer on May 25, 2020 in Minneapolis. Floyd’s death triggered anti-racism protests around the world.

A keyword search found a shorter version of the video published on the Facebook page of Russian broadcaster RT on June 5, 2020.

“Not a scene from Christopher Nolan's movie 'The Dark Knight Rises', but a viral video of an unidentified Batman impersonator at a protest in Philadelphia,” the post’s caption reads in part.

Below is a screenshot comparison of the video in the misleading posts (L) and the RT video (R): 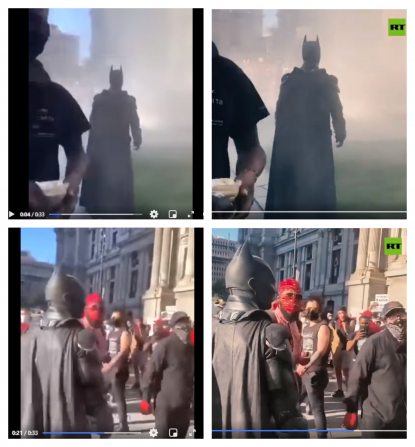 The video of the black cape-clad figure walking through crowds was widely shared online on May 31, 2020, including here on Facebook, here on YouTube and here on Twitter.

A higher quality version of the video, entitled  “Saving My City As Batman At Philadelphia City Hall George Floyd Protest” was posted on YouTube on May 30, 2020.