A screenshot of the fake post taken on November 7, 2019

Ugandans: Ignore this scam ‘business grant application’, it isn’t from the finance ministry

Facebook posts which have racked up thousands of ‘likes’ invite entrepreneurs to apply for a grant from Uganda’s Ministry of Finance, Planning and Economic Development. But a ministry spokesman told AFP that “scammers” were behind the posts, which were published by a fake account.

The posts, which we’ve archived here and here, were published on a Facebook account called ‘Ministry of Finance, Planning and Economic Development, Uganda’. They claim to be offering $31.4 million worth of grants to ‘all deserving entrepreneurs and farmers’ in Uganda as part of a ministry scheme in partnership with the World Bank and the Global Environment Facility (GEF), a Washington-based organisation which helps fund environmental projects.

The posts contain a link asking applicants to fill in their personal details.

A screenshot of the fake post taken on November 7, 2019 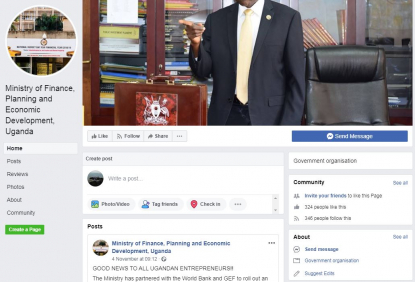 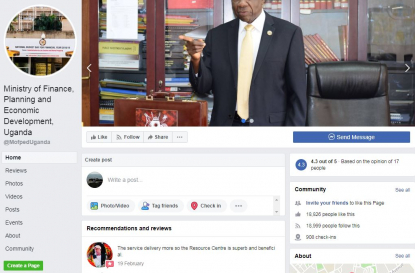 Although the two pages look almost identical, a few simple clues help to distinguish the official page from the fake. Firstly, the ministry’s genuine Facebook page has thousands more likes than the fake one. We can also use Facebook’s ‘Page transparency’ tab, which you can access on the pages’ timelines, to find out when the pages were created and who manages them. 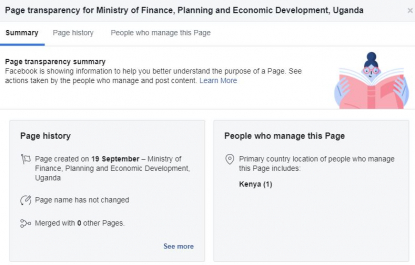 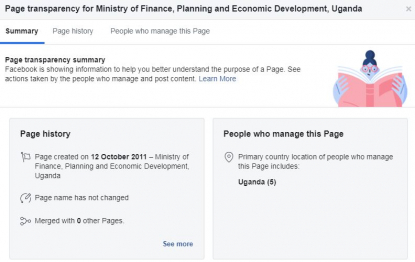 It seems Uganda’s finance ministry is well aware of people pretending to represent it. On its website, the ministry has published a warning that it ‘has no grant funding programm (sic) for small and medium entreprises’. 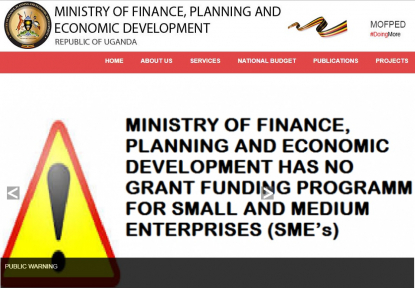 A screenshot of the Ugandan finance ministry's website, taken on November 7, 2019

"It's been more than a year since this started but it has persisted. It's not correct. We have issued a warning about it," he told us by phone.

He said that if the ministry was setting up a grant programme, it would publish statements and press releases rather than a Facebook post.

The fake posts claim that Uganda’s finance ministry has ‘partnered’ with the World Bank and Global Environment Facility (GEF) to offer the grants. However, the World Bank confirmed it had no involvement in any such project.

“I can confirm that we have no such initiative running in Uganda,” a World Bank spokesperson in Uganda told AFP by email. “It is a fake website and the Ministry of Finance has already alerted the authorities about the fraudulent Facebook page.”

We have reached out to the GEF for a comment and will update this post with any further information.

Rainbow poppies not mandatory for Remembrance Day at Manitoba school