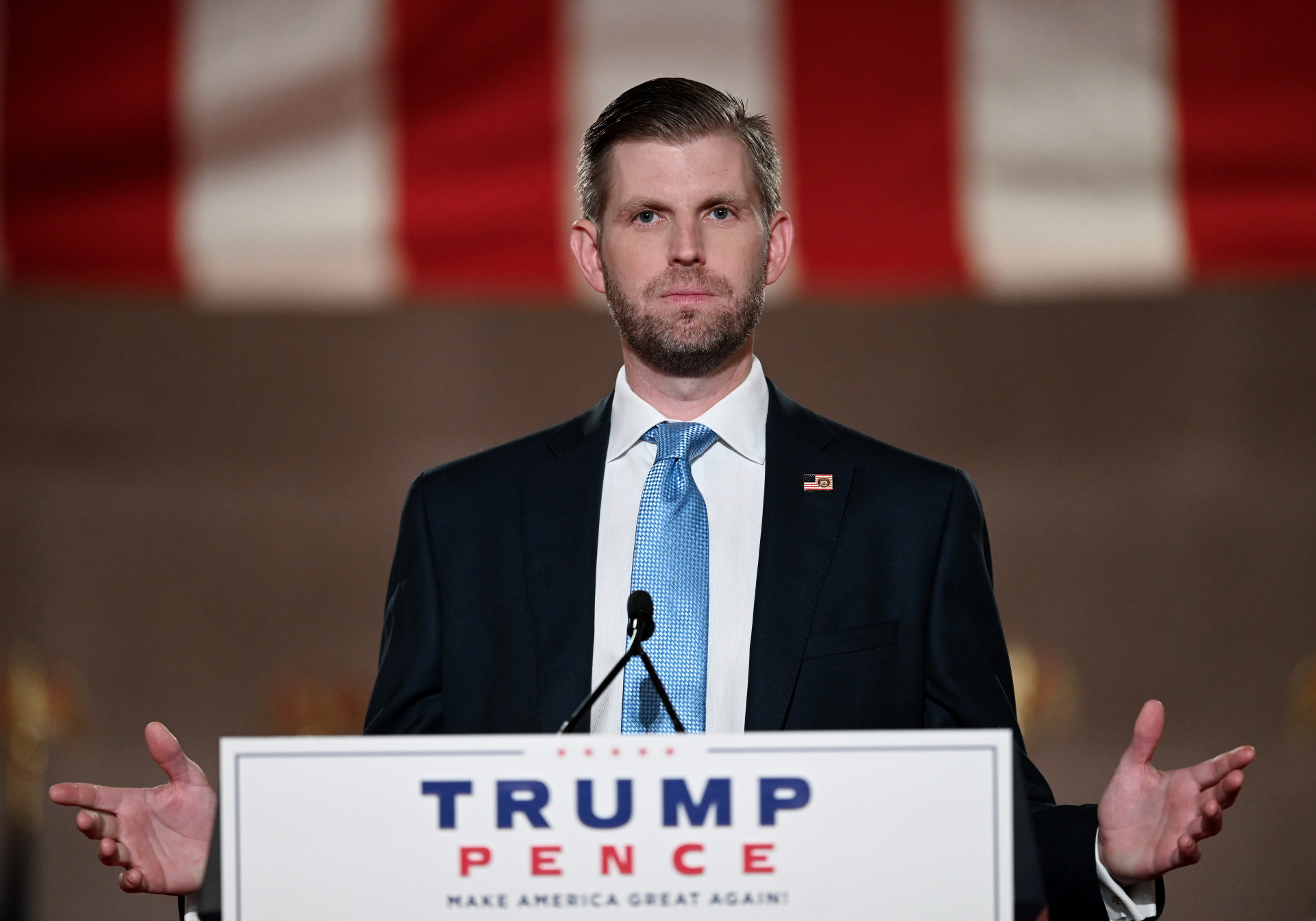 Eric Trump delivers a pre-recorded speech at the Andrew W Mellon Auditorium in Washington, DC, on August 25, 2020, on the second day of the Republican National Convention (AFP / Olivier Douliery)

One of Donald Trump’s sons falsely claimed that Joe Biden pledged to defund police and raise taxes on most Americans if elected, and also misconstrued the incumbent US president’s record on ending military conflicts, in a full-throated appeal for voters to grant his father a second term.

Eric Trump, executive vice president of the Trump Organization, took the podium during the second night of the Republican National Convention, which followed an opening day that saw speakers make multiple false or misleading claims.

AFP Fact Check breaks down the claims by Eric Trump below.

Biden pledged to defund the police

“Biden has pledged to defund the police, and take away your cherished Second Amendment,” Eric Trump said. Both statements are false.

Biden has said on multiple occasions that he does not want to “defund the police,” a phrase that became a rallying cry after the killing of unarmed black man George Floyd in Minneapolis police custody at the end of May.

In a June op-ed in USA TODAY, Biden wrote: “While I do not believe federal dollars should go to police departments violating people’s rights or turning to violence as the first resort, I do not support defunding police.”

And in his first televised joint interview with running mate Kamala Harris, aired on August 23, he told ABC: “I don't want to defund police departments. I think they need more help, they need more assistance.”

Biden did however agree in a conversation with activist Ady Barkan that some funding for police could be redirected -- a statement that Vice President Mike Pence used to criticize the Democratic candidate on the third night of the convention.

Ultimately, funding for the police is a matter decided on the state and local level, meaning that a president’s role in the matter is limited.

On the issue of guns, Biden wants to enact tougher firearms regulations, but he has not called for gun ownership or the Second Amendment to the US Constitution -- which protects “the right of the people to keep and bear Arms” -- to be “taken away.”

“Biden has pledged to raise your taxes by $4 trillion. Eighty-two percent of Americans will see their taxes grow significantly,” Eric Trump said.

The claim on widespread tax increases is false, and was also made on the first night of the convention by Republican National Committee chairwoman Ronna McDaniel.

Biden has repeatedly pledged not to raise taxes on those making less than $400,000 a year.

Households making that amount fell into the top five percent of Americans in 2018, according to the latest data available from the US Census Bureau. This means that Biden’s proposed tax hike would not affect 82 percent of Americans, as McDaniel claimed.

But while Donald Trump has cut the number of American soldiers deployed in Afghanistan and Iraq, he has yet to bring US military involvement in either country to a close.