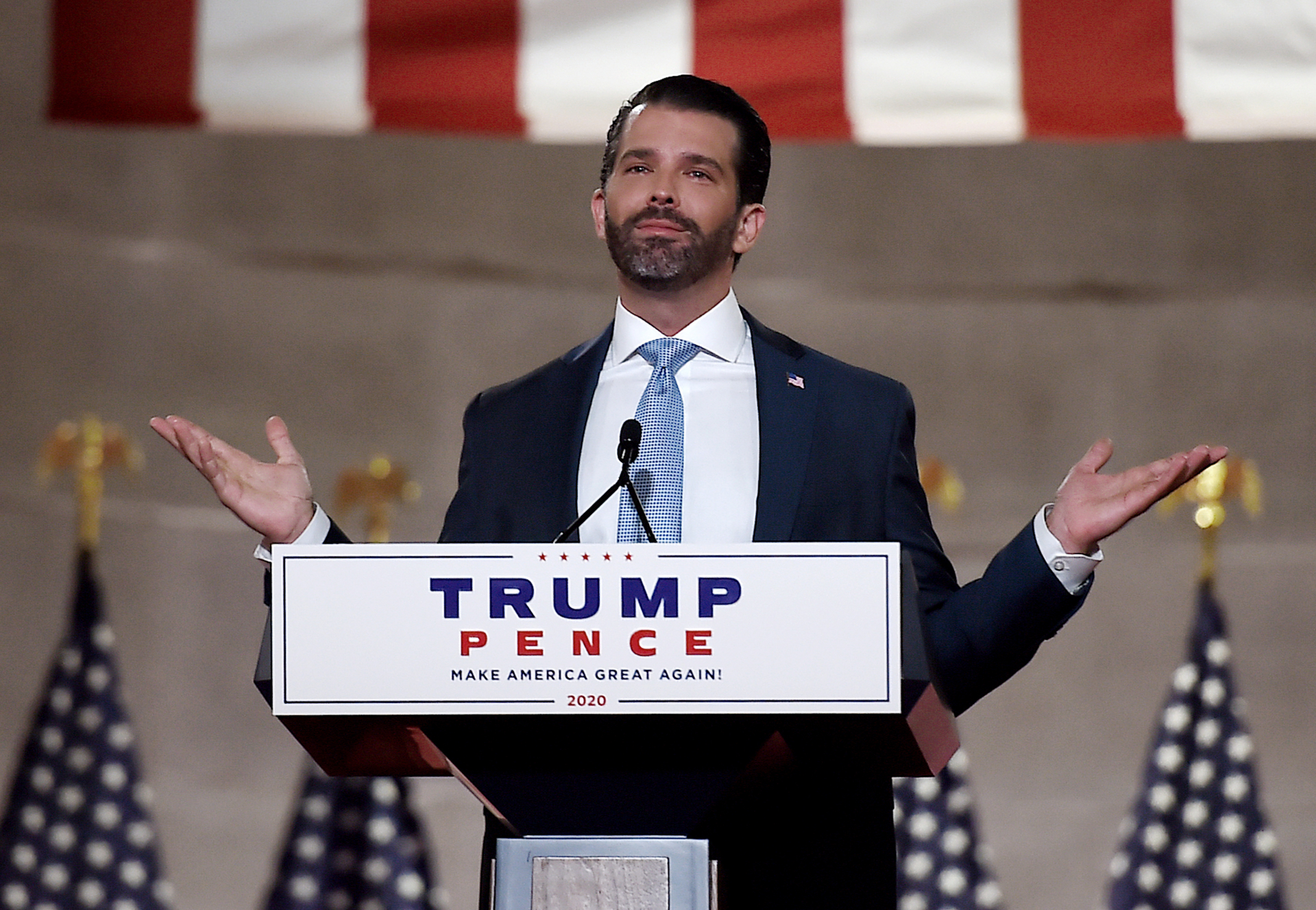 The 2020 US election race is rife with concerns about misinformation, and the first session of the Republican National Convention did nothing to dispel them.

Several speakers made false or misleading claims on topics ranging from the US economy, President Donald Trump’s first-term promises, and the potential for fraud if there is heavy reliance on voting by mail.

The Trump administration’s handling of the coronavirus pandemic -- considered its biggest weakness going into the election -- was at the forefront of questionable claims being made in an attempt to persuade American voters that the incumbent deserves a second term.

AFP breaks down key claims below:

Critics of the president say his delayed response to the pandemic -- reflecting a consistent preference for the economy to remain open despite the public health risks -- has actually damaged US prospects. The country has more infections than would have been the case had he  acted sooner to curb the virus, they say. But the Republican convention sought to portray steps taken as saving lives, rather than losing them.

Natalie Harp, who sits on the Trump campaign advisory board, said had it not been for the president’s “China travel ban, millions would have died.” Donald Trump Jr said his father “quickly took action and shut down travel from China” in January.

But rather than a ban the president imposed restrictions, effective February 2, accompanied by multiple exemptions. Only foreign nationals who had been in China within the past 14 days were banned. US citizens present in Hubei province within the same time period were subject to a mandatory quarantine upon returning home.

No statistics show that millions of lives were saved. The president, for months, talked down the risk to Americans. As of 1100 GMT on August 25, the US accounts for the most deaths by country -- 177,284 from a global toll of 813,733 -- according to figures from official sources compiled by AFP.

The number of US victims was not mentioned by any speaker on the convention’s opening night.

The president formally accepted the Republican Party nomination by repeating unsubstantiated claims that mail-in ballots would lead to voter fraud. He has previously gone as far as saying that the only way he could lose to Democrat Joe Biden is if the vote is “rigged.”

Voting experts say this is false. A 2017 study by the Brennan Center found that impersonation rarely happens in US elections. Incident rates are between 0.0003 percent and 0.0025 percent, according to the study. Critics of the president say he is using scare tactics to create apathy that could stop would-be Democrats from voting.

Mail-in voting is traditionally used by members of the US military and elderly voters. But Trump -- an official resident of Florida -- and members of his family and administration rely on it. The coronavirus means Americans are far more likely to try and avoid in-person voting this year.

“There’s simply no basis for the conspiracy theory that voting by mail causes fraud. None,” Federal Election Commissioner Ellen Weintraub said in a 66-message thread on Twitter on May 27, 2020.

A video played on the opening night of the convention featured Trump saying he had kept his promises to voters. While the president has done some of the things he said in 2016 that he would do -- lowering taxes and quitting the Iran nuclear deal, for example -- numerous pledges have foundered.

He has neither completed nor gotten Mexico to pay for a wall on the US southern border. Nor has he repealed or replaced the Affordable Care Act, better known as Obamacare, as he said he would. An attempt to scrap the law, the signature domestic achievement of his predecessor Barack Obama, failed in the Senate in 2017.

Several speakers, including Donald Trump Jr, touted the low unemployment rate in the US. This is misleading. The figure quoted -- 3.5 percent -- was reached last September, but the economic destruction caused by the coronavirus means it is outdated. Tens of millions of Americans have filed for unemployment benefits since.

The latest US Department of Labor statistics show many citizens remain reliant on government assistance. For the week ending August 15, more than 1.1 million new claims were made for jobless benefits, a rise of 135,000 on the week prior.

Donald Trump Jr also said his father “built the greatest economy our country has ever seen.” This is false.

Growth measured by gross domestic product (GDP) has not broken records. The best year of Trump’s presidency saw a three-percent rise in 2018, compared to 3.1 percent in 2015 under Obama. In 2004 and 2005, under president George W Bush, the economy grew 3.8 percent and 3.5 percent, respectively.

Raising taxes on 82 percent of Americans

Republican National Committee chairwoman Ronna McDaniel claimed in her remarks that Joe Biden would raise taxes on 82 percent of Americans. This is false; Biden has repeatedly pledged not to raise taxes on those making less than $400,000 a year.

Households making that amount fell into the top five percent in 2018 -- the latest data available from the US Census Bureau. This means that Biden’s proposed tax hike would not affect 82 percent of Americans, as McDaniel claimed.