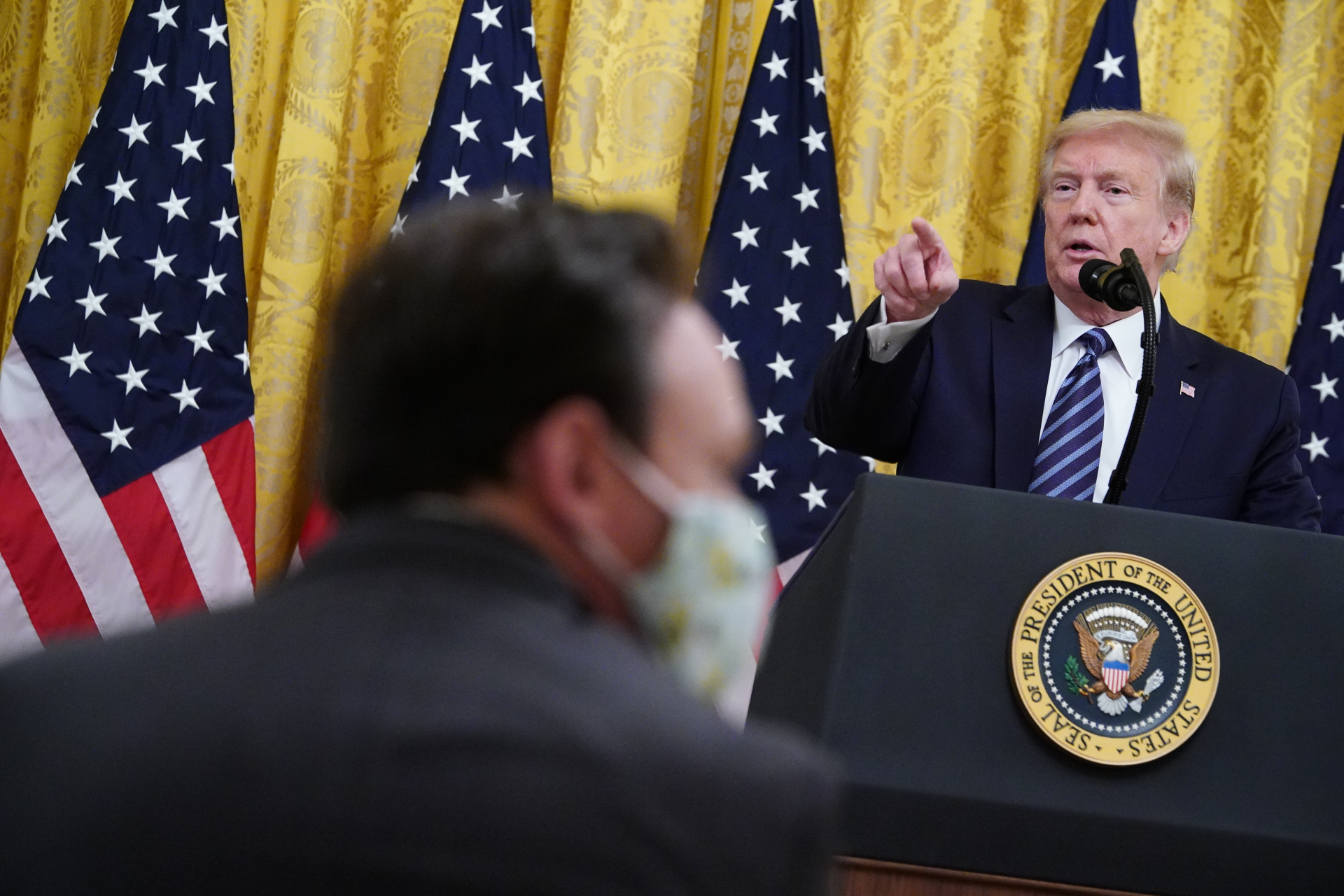 A man in a face mask listens to US President Donald Trump speak at the White House in Washington on April 30, 2020. (Mandel Ngan / AFP)

President Donald Trump has falsely claimed that the United States conducted more testing for COVID-19 than all other countries combined, and suggested that the administration of his predecessor Barack Obama left behind “bad, broken tests.”

Figures show that of the more than 200 countries, territories and areas affected by the novel coronavirus pandemic, it only takes the cumulative number of tests in five to overtake that given by Trump for the United States.

And COVID-19 only emerged in 2019, meaning that contrary to Trump’s suggestion, testing for the disease did not exist when Obama left office nearly three years earlier.

More tests than the rest of the world

“We did more tests than any other country anywhere in the world. And I think they told me yesterday a number -- if you add up the rest of the world, we’ve done more testing,” Trump said during a meeting with New Jersey Governor Phil Murphy on April 30, 2020.

Trump repeated the claim on Twitter on May 4, writing: “We have great testing capacity, and have performed 6.5 million tests, which is more than every country in the world, combined!”

The same claim has been made elsewhere on Twitter.

Trump’s figure was lower than that from Johns Hopkins University, which put the number of test results at more than seven million at the time.

A screenshot of an archived page shows Johns Hopkins University data on COVID-19 testing in the United States on May 4, 2020

But as of May 4, Germany had conducted more than 2.7 million tests, Italy nearly 1.5 million, Spain more than 1.3 million and Turkey more than 1.1 million, while Britain had tested around one million people, combining for a total of more than 7.6 million -- above that given for the United States by Trump and Johns Hopkins.

And other countries whose citizens have been hit by the virus -- such as India and South Korea -- are carrying out testing as well.

COVID-19 -- which is caused by the novel coronavirus -- has killed more than 257,000 people and devastated the global economy.

While Trump has routinely praised his administration’s handling of the crisis, he has been criticized for statements he made that downplayed the danger of the virus, such as comparing it to the common flu or saying that the risk it posed to the American people was “very low.”

Trump also claimed during the meeting that “the last administration left us nothing” and that “we started off with bad, broken tests and obsolete tests.”

He repeated this claim when pressed by a journalist on how this could be true since the virus is new, saying: “We had tests that were obsolete. We had tests that didn’t take care of people.”

But the novel coronavirus and COVID-19 “were unknown before the outbreak began in Wuhan, China, in December 2019,” according to the World Health Organization.

AFP Fact Check has debunked more than 410 examples of false or misleading information about the novel coronavirus crisis. A complete list of our fact checks on the topic in English can be found here.