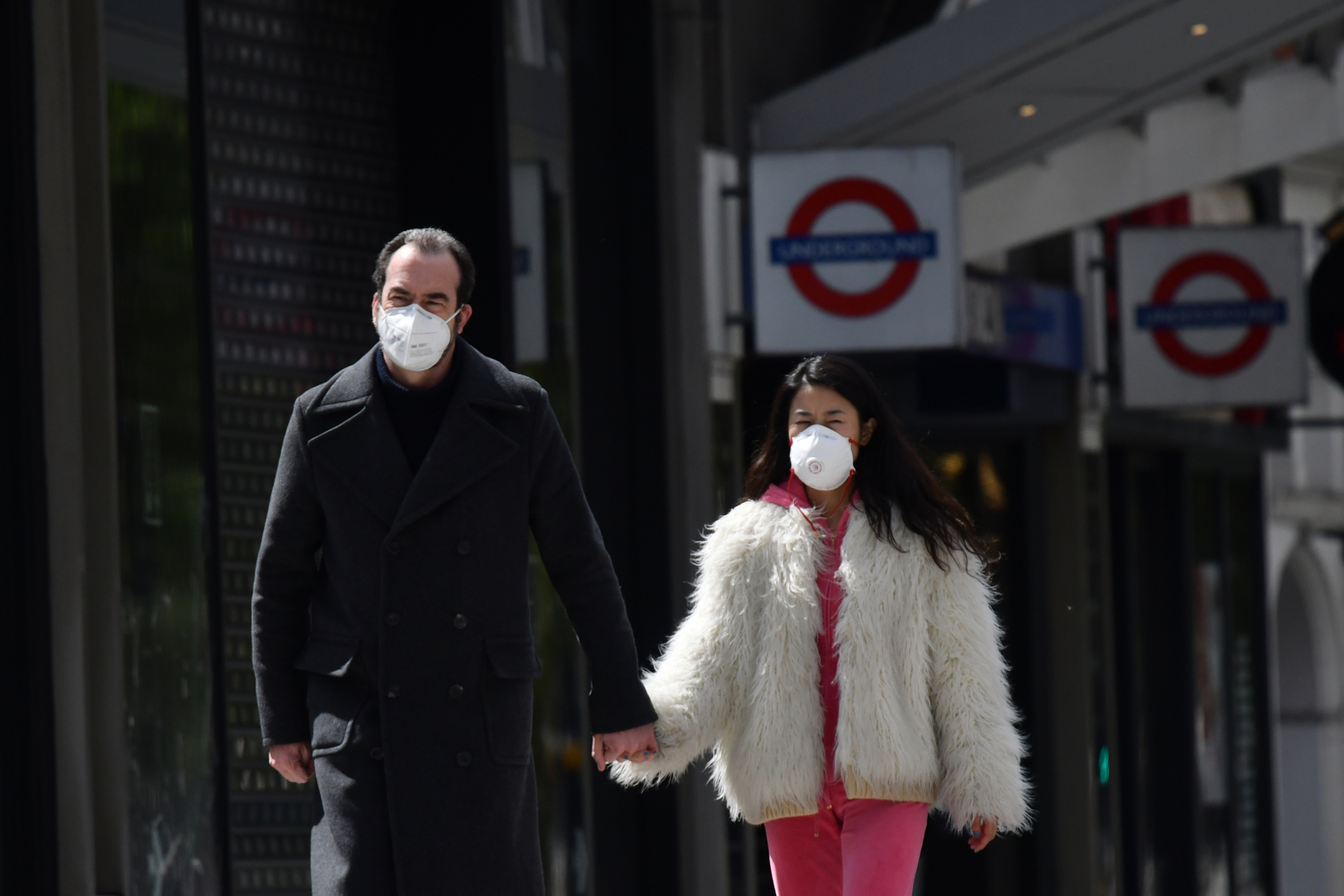 Two people wearing face masks as a precaution in London on May 2, 2020, as life in Britain continues during the nationwide lockdown due to the novel coronavirus pandemic. (AFP / Justin Tallis)

A report circulating in Sri Lanka claims that a COVID-19 vaccine trial at the University of Oxford in England has been "successful". The purported news article, which has been shared repeatedly on Facebook, states 72 out of 100 COVID-19 patients recovered from the virus after receiving the vaccine. The claim is false; as of May 4, 2020, researchers said the trial was ongoing and only included people who have never tested positive for COVID-19; the purported report was published on a blog site named "CNN Lanka", which has no relationship to the US-based media channel CNN.

The Sinhala-language article was published here on April 26, 2020. 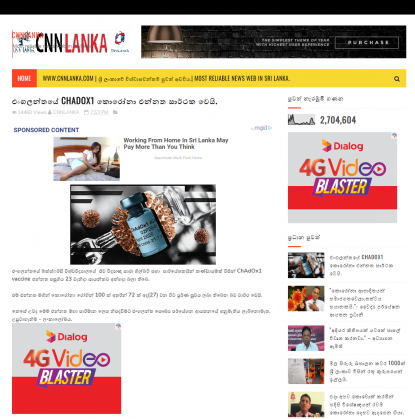 The report translates to English as: “Biologist Sarah Gilbert and a team of researchers from England's Oxford University have run a clinical trial of the ChAdOx1 vaccine on April 23.  A total of 72 out of 100 corona patients have completely recovered after using the vaccine by now (April 27). However, England's medical research agency still has not granted authorization to mass produce this vaccine.”

The blog site is named "CNN Lanka" but is not connected to the US-based media channel CNN, which operates under a different URL, and is not one of CNN's global partner channels.

The article was also shared on Facebook here, here and here alongside a similar claim.

A team of researchers at the University of Oxford did begin testing a COVID-19 vaccine, formally called ChAdOx1 nCoV-19, using human volunteers on April 23 and the study is being led by Professor Sarah Gilbert.

But the claim that the trial was successful, curing 72 out of 100 COVID-19 patients of the disease, is false.

Vaccines are administered to people in order to prevent a particular disease, rather than to cure them of one.

According to the University of Oxford, up to 1,112 volunteers were invited to participate in the clinical trial for the coronavirus vaccine. The volunteers were required to have never tested positive for COVID-19, according to eligibility requirements published on the vaccine trial's website here.

Below is a screenshot of the participation criteria:

Screenshot of the participation criteria

In an email to AFP on April 29, 2020, Dr. Joanna Bagniewska, an Oxford University Paediatrics Department Communication and Public Engagement Officer, said the trial was ongoing.

The success rate of the vaccine also remains unknown, she said.

“We may get enough data in a couple of months to see if the vaccine works, but if transmission levels drop, this could take up to six months,” the statement reads.

John Bell, an Oxford regius professor of medicine, told NBC News on May 3, 2020 that the vaccine research team is “pretty sure we’ll get a signal by June about whether this works or not.”

EXCLUSIVE: Sir John Bell of Oxford University says “we’re pretty sure we’ll get a signal by June” about whether this works or not. #MTP #IfItsSunday

Sir Bell: “This is likely to be a seasonal coronavirus vaccine.” pic.twitter.com/sIFeXb6KJy

The image in the misleading posts contains an illustrative image of a vaccine that was previously published here on April 24, 2020.