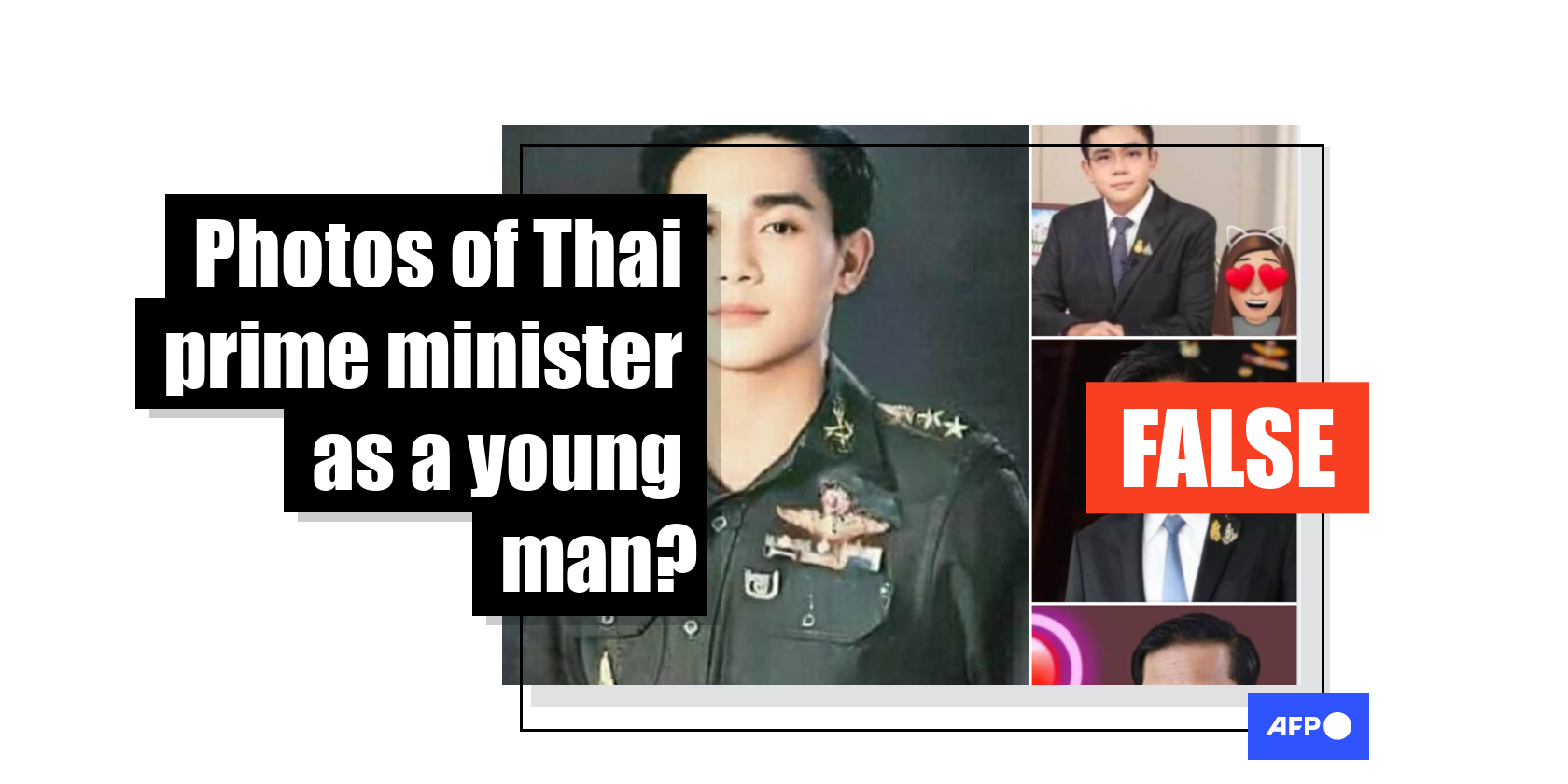 Three photos of Thai Prime Minister Prayuth Chan-Ocha have been shared in multiple posts on Facebook alongside a claim they are pictures of him as a young man. The claim is false; the photos have been digitally manipulated from Prayuth’s recent photos. 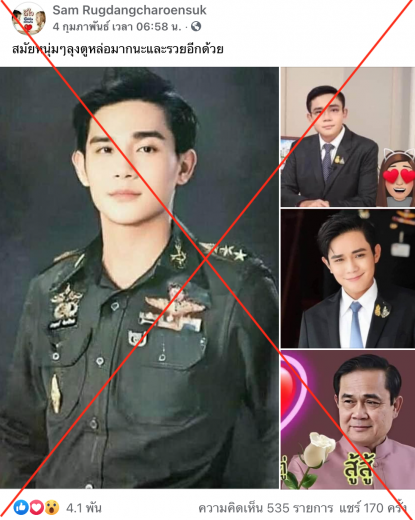 The post's Thai-language caption translates to English as: “When Uncle Tu was a young man, he was very handsome and rich.”

Uncle Tu is a nickname given to Prayuth Chan-Ocha, who has served as Thailand's prime minister since he seized power in a coup in 2014.

Two of the photos in the post were also shared alongside a similar claim here and here.

Facebook users appeared to believe the photos are real and posted comments such as “His wife is also beautiful, can you please share us her photos when she was young" and “Uncle Tu is so handsome.”

The original photo of the first image was published by Praew, a Thai lifestyle magazine, here on August 6, 2018.

The article’s headline reads: “Throwback: ‘Uncle Tu’ tells the impression when he was held the prestigious ‘queen’s soldier’.

Below is a screenshot comparison of the image from the misleading post (L) and the genuine photo from Praew (R): 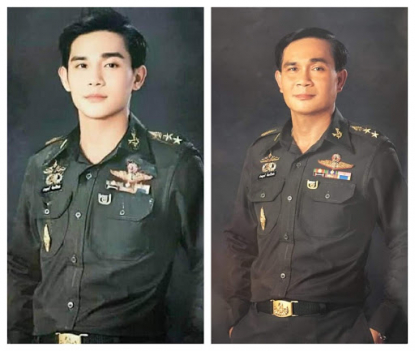 The original second photo was published here in a statement posted on the website of the Royal Thai Government on October 21, 2020.

The statement reads: “Prime Minister’s Statement on October 21, 2020: Take a step back, enter the parliament, use mind and wisdom. Solve problems together.”

Below is a screenshot comparison between the doctored image (L) and the genuine photo from the government’s website (R):

The original third photo was published in this article by The Standard, a local Thai news website, on March 21, 2020.

Below is a screenshot comparison of the image in the misleading post (L) and the genuine photo from The Standard (R): 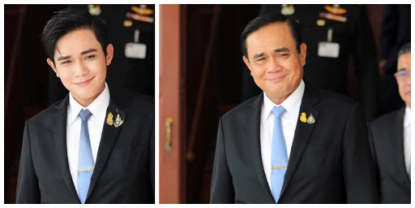 The last photo of Prayuth resembles this image of the prime minister, which appears in a YouTube video posted by the Thai Public Relations Department on May 11, 2017. The video is titled: “Protecting the country, religion and the monarchy”.