Four images have been shared hundreds of times in multiple Facebook and Twitter posts alongside a claim that they show a Muslim restaurant owner in the Indian city of Coimbatore mixing impotency pills in biryani before serving it to non-Muslim customers. The claim is false; the photos were taken from online sources unrelated to the restaurant; police in Coimbatore said there was “no truth” in the claim.

The photos were published here on Facebook on March 3, 2020. The post has been shared more than 350 times. 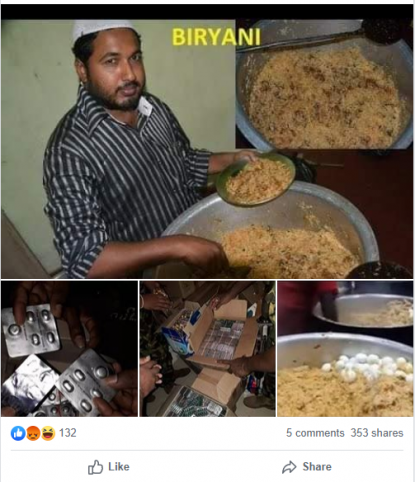 The post’s Tamil-language caption translates to English as: “In Coimbatore, a shop run by a Muslim with the name Masha Allah hotel is mixing poisonous pills in the Biryani and is serving to Hindus and Christians. Locals tell that the owner Mohammad Kareem will speak about brotherhood and religious harmony and they were shocked to see what he does. This is a lesson for Hindus and Christians, the pills he is mixing will cause impotency and this is a way to increase the number of Muslim kids.”

Biryani is a rice and meat dish popular in Central and South Asia.

The claim is false; police in Coimbatore, a major city in Tamil Nadu, said it was investigating the person who publicised the misinformation.

“There is no truth about a Muslim man selling harmful biryani to non-Muslim customers. The person who posted it on Twitter has deleted it, but we are tracing him and will take appropriate action,” a spokesperson for the Coimbatore Police commissioner told AFP by phone on March 5, 2020. “We have also issued a notification in local papers, and none of the images in the social media posts are from Coimbatore.”

On March 2, 2020, police also replied directly to the false claim on Twitter, saying “no one should believe this tweet handle as it is spreading fake news.” The original tweet was subsequently deleted.

Don’t spread fake news. Be responsible user of social media. No one should believe this tweet handle as it is spreading fake news. CCP is working to trace this handle.

Reverse image searches found none of the photos in the misleading posts related to the restaurant in Coimbatore.

The first photo was taken from a biryani recipe video that was published here in 2017 on a food blog.

Below is a comparison the misleading post (L) and the image sourced from food blog (R):

The two photos of pills were originally published here on May 2, 2019 in a news article about seized illegal drugs in Sri Lanka.

Below are comparisons of the images in the misleading posts (L) and the photos from the Sri Lankan report (R): 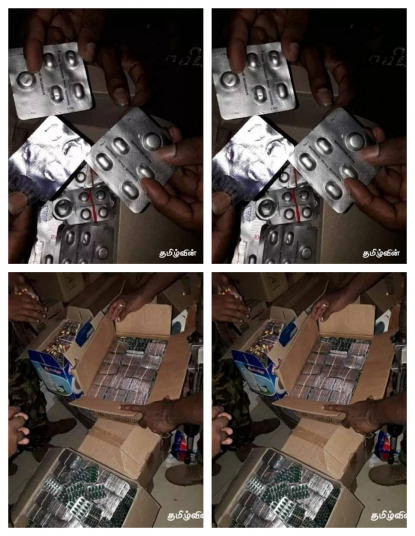 The same photos were also published by the Daily Mirror, a Sri Lankan English news site, here in a separate story about the drug bust.

The final photo of food was taken from this video published on Twitter on March 10, 2017. The Arabic-language tweet translates to English as: “A restaurant serving rice in India, regardless of the crowd, notice how he wraps the meal and serves them.”

Below is a screenshot comparison of the image in the misleading posts (L) and the Twitter video (R): 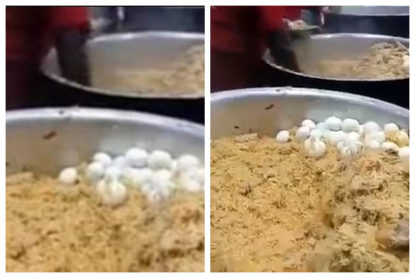 A closer examination of the video also found that the footage was taken in a restaurant in Chennai, a south Indian city some 506km away from Coimbatore.

The restaurant's name, SS Hyderabadi Biryani, is visible throughout the video. A keyword search found that all of the restaurant’s branches are in the Chennai metropolitan area.

Below is a screenshot of the video with the restaurant name's name highlighted in white by AFP: 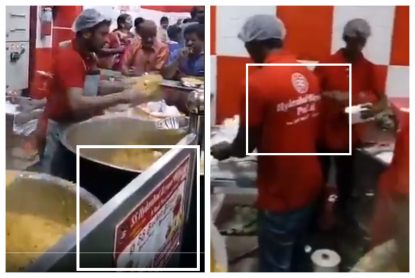