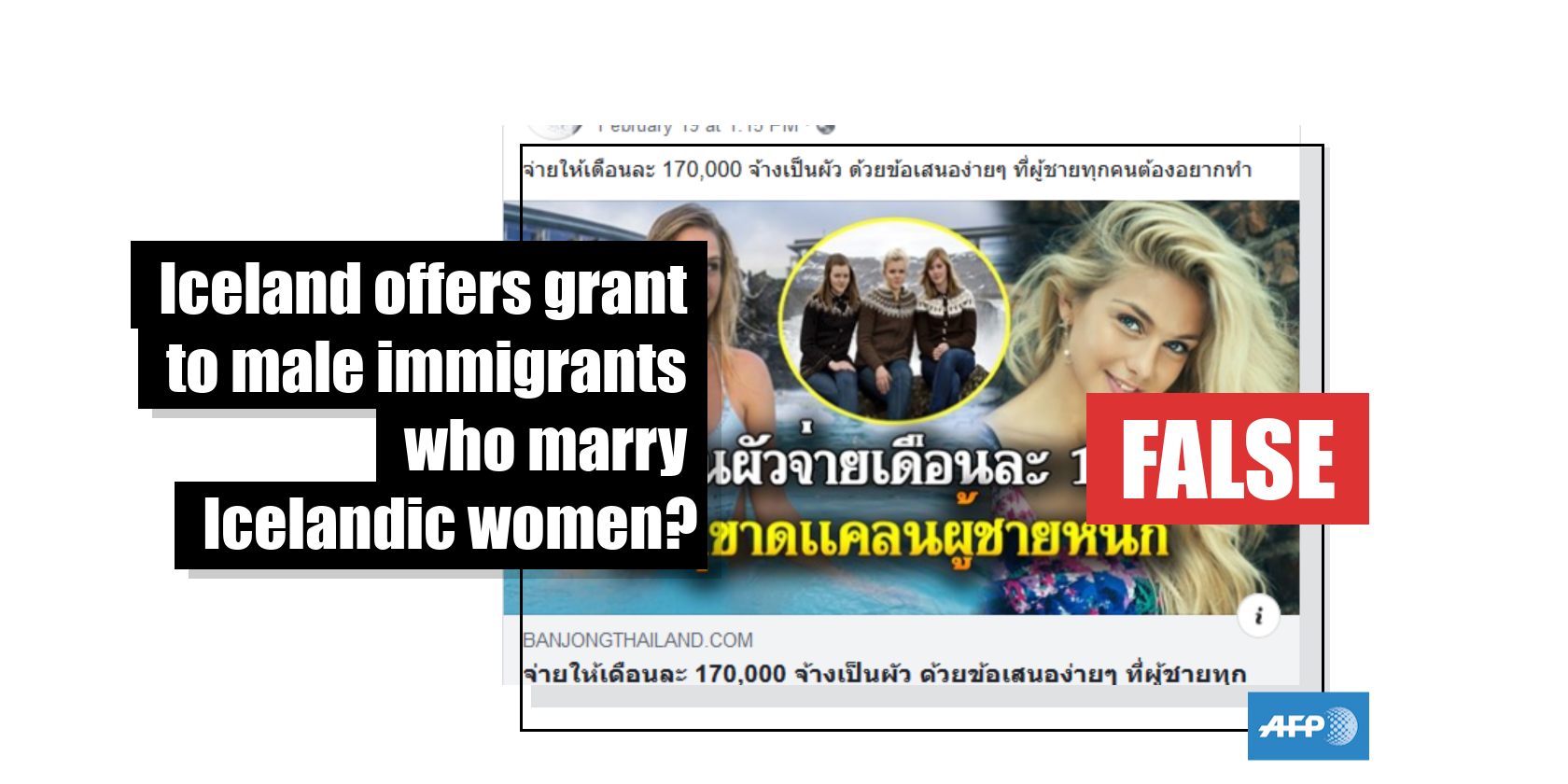 A claim that Iceland's government will provide a monthly grant of US$5,000 to male immigrants who marry Icelandic women due to a shortage of male citizens has been shared thousands of times in multiple posts on Facebook, Twitter, Instagram and blog sites. The claim is false; this is an old hoax that has circulated since at least 2016 and has been repeatedly refuted by the Icelandic government; official figures from the United Nations show men have made up more than 50% of Iceland's population over the last decade.

The claim was published on Facebook here on February 19, 2020. It has since been shared more than 1,900 times. 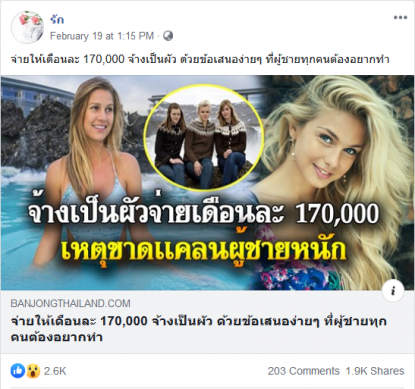 The post’s Thai caption translates to English as: “Monthly payment of 170,000 to become husbands, with a simple offer that all men want.”

The superimposed text translates to English as; “Looking for husbands monthly pay of 170,000 due to male scarcity.”

Below is a screenshot of one of the misleading articles: 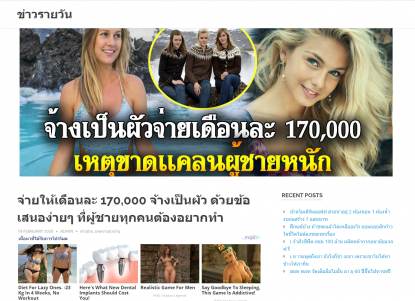 The Thai article translates to English in part as: “It has become a story that young mens’ eyes glare up, as recently Iceland has experienced a severe scarcity in their male population. Due to an imbalance of the country’s population, there are many more women than men in the country.

“The government is forced to urgently tackle this problem with an idea to grant rights to men who are not Icelandic nationals (immigrants) who marry with Icelandic women to receive US$5,000 per month, or equivalent to 173,070 baht per month.”

A spokesperson for Chamnarn Viravan, Iceland’s honorary consulate general in Thailand, told AFP by phone on March 6, 2020 that the claim is untrue.

The hoax has circulated online since at least 2016. It was reported on here by Iceland Monitor, an Icelandic English-language news site, on August 30, 2016. The article notes that the Scandinavian island nation had received dozens of inquiries from foreign suitors interested in grant after the false claim was posted online.

In 2018, Iceland Monitor published another report on the enduring hoax. The article quoted a statement from the Foreign Ministry of Iceland, which states that “any and all news items or rumours of this money-for-marriage deal are a hoax”.

The hoax has also been debunked by other fact checking organisations such as Snopes and Africa Check.

Iceland does not suffer from a lack of male residents. In fact, males slightly outnumber females in Iceland, according to the United Nations Population Division.

Below is a screenshot of the UN data, which shows men have made up more than 50% of Iceland's population over the last decade: 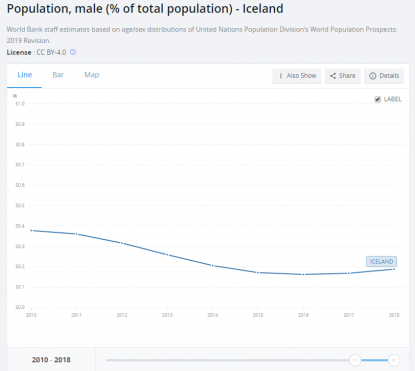