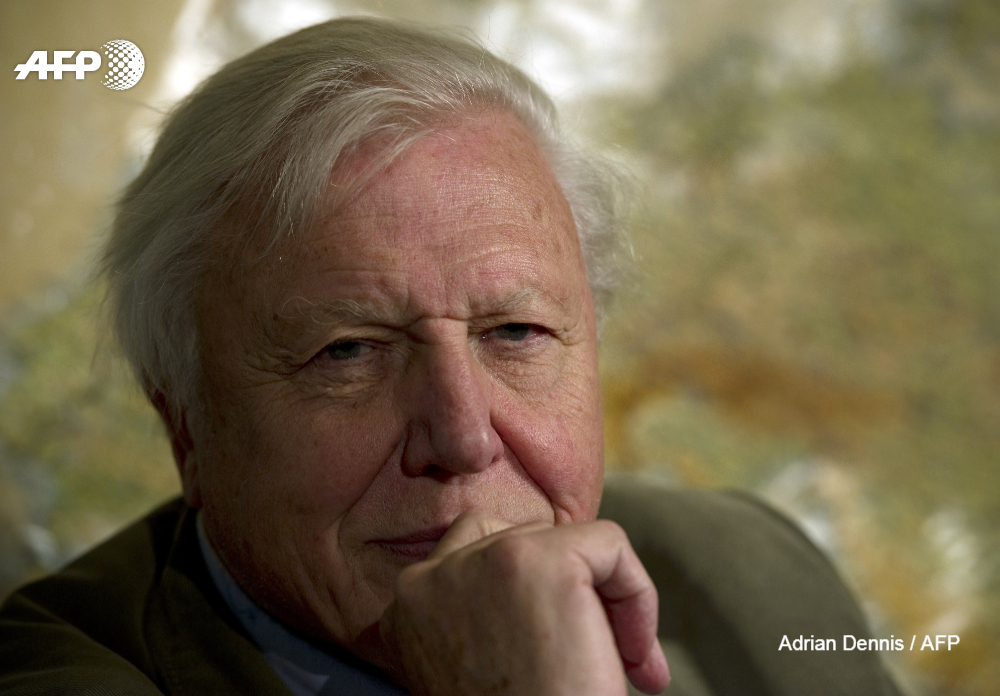 A screenshot has been shared thousands of times on Facebook which purports to show a social media post by British broadcaster Sir David Attenborough urging people to feed sugar and water to bees. But the screenshot does not show a genuine post by Attenborough; the 93-year-old naturalist does not have any public social media profiles; the BBC has denied Attenborough made the statement; beekeeping experts told AFP that feeding sugar water to bees can be harmful. 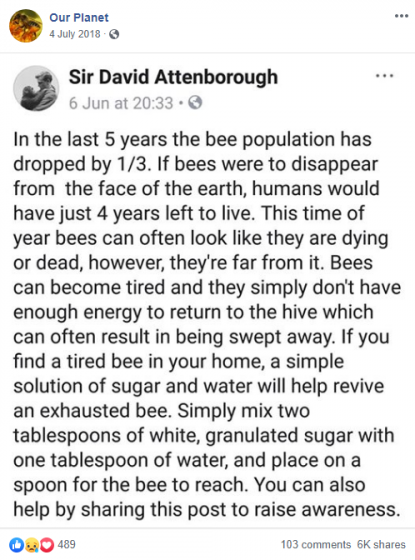 Under the username 'Sir David Attenborough', the text in the screenshot states:  “In the last 5 years the bee population has dropped by ⅓. If bees were to disappear from the face of the earth, humans would have just 4 years left to live. This time of year bees can often look like they are dying or dead, however, they’re far from it. Bees can become tired and they simply don’t have enough energy to return to the hive, which can often result in being swept away. If you find a tired bee in your home, a simple solution of sugar and water will help revive an exhausted bee. Simply mix two tablespoons of white, granulated sugar with one tablespoon of water, and place on a spoon for the bee to reach. You can also help by sharing this post to raise awareness.”

Some of the text in the misleading post has been copied and published in other Facebook posts, including here and here. It was also repeated in this article published on July 4, 2018. The article has been shared more than 145,000 times, according to data from social media monitoring tool CrowdTangle. 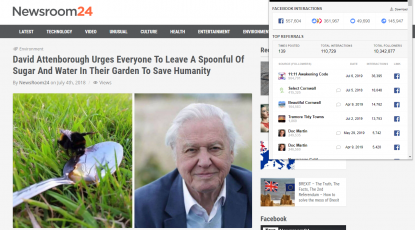 After the misleading Facebook posts emerged in July 2018, the BBC issued a statement, carried by multiple newspapers for example here and here, stating Attenborough did not write the post, and asking Facebook to remove it.

A BBC spokesperson told AFP in an email dated July 23: "At the time what we said was that the page in question was nothing to do with Sir David Attenborough and following a request from the BBC to Facebook, the page no longer existed."

The Food and Agriculture Organization of the United Nations has noted a global decline in bee populations.

Amateur Beekeepers Association of NSW Biosecurity Officer, Bruce White, explained to AFP in an email dated July 23 how beekeepers use sugar to stimulate honey bees which can travel up to five kilometres to forage for nectar.

“If the bee is cold or carrying no nectar she will benefit from being able to get sugar syrup as it will warm her body and give her energy to continue on her trip back to the colony or forage,” White explained in his email.

“If colonies are starving or need stimulating to breed, beekeepers fed sugar syrup to colonies inside the colony in special feeders. Never feed bees honey as it can carry diseases specific to honey bees only.”

The DPI’s guidelines warn however, that “sugar, if used incorrectly, can be detrimental to bees, particularly due to yeast contamination.”

“If the bees do not consume all the syrup within a few days there is an increasing threat of yeast growth in the syrup mixture within the feeders. Yeast at rising concentrations can be very toxic to bees and lead to an early death of the adult bees. It is important to keep and mix syrup in clean sterile containers. The feeders should be thoroughly cleaned and sterilised between feeds of sugar syrup. Any syrup with evidence of fermentation or which has a sour taste should be discarded and not fed to bees. Mix enough syrup for immediate use only,” the guidelines read.